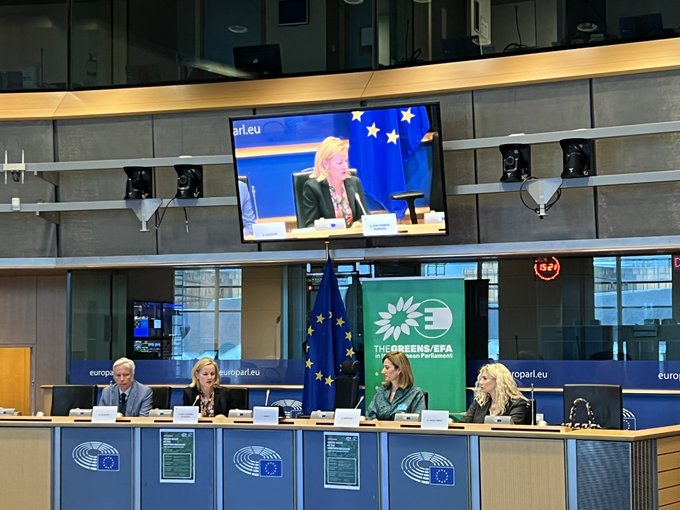 BRUSSELS– The decision not to open accession talks with Albania and North Macedonia has jeopardized the EU’s credibility and the perception of the citizens of the Western Balkans, it was said during the conference in European Parliament “Green Wave in the Western Balkans “, organized by the Greens/EFA.

David Hudson, Senior Expert on EU Enlargement in DG NEAR said that the enlargement process was not “broken” but did not meet expectations and took a very long time.

“16 years ago, when I was in Montenegro for the first time, I could not imagine that we would find ourselves in the situation we are in now. The enlargement process has changed radically. The way in which progress is measured has changed, although the goals of enlargement have remained the same,” Hudson said, adding that the process is now more complex due to a large number of transitional measures.

He assessed that the European Commission is unenviable because the member states ultimately manage the enlargement process.

Speaking about the conclusions of the Council of the European Union, the Deputy Prime Minister of Montenegro and the Minister for European Integration, Jovana Marović, stated that the recently formed Government now does not expect anything from the EU because some results must be set first.

According to her, the Government of Montenegro has met the interim bechmarks for closing chapters 23 and 24 by the end of the year, which is an ambitious but not impossible task.

“We expect to receive the criteria for closing the negotiation chapters by the end of the year, and we expect the EU to provide a political message after that is ready to integrate the Western Balkans and Montenegro into the European Union.” We need a positive signal from the European Commission, “said Marovic.

She assessed that Montenegro has made the most progress on the path to the EU in the Western Balkans but is still too far from membership, which shows the state of the EU enlargement policy.

Ardita Abazi Imeri from European Policy Institute Skopje, said that in the case of North Macedonia, some member states are exporting bilateral disputes to the accession process. According to her, the shortcoming of the enlargement process is reflected in the fact that some additional criteria for membership have appeared, which have nothing to do with European values.

“North Macedonia has never caused trouble, and I think we have always respected all the rules since 2001. Our strategic goal is to become a member of the European Union,” Abazi said, adding that although the EU has geopolitical interests in the region, some member states are blocking it due to individual interests.

“It is difficult to seek reforms in the candidate countries and it is difficult to defend European values in a situation where there has been a stalemate in the accession process for reasons unrelated to accession,” said Abazi Imeri.

She emphasized that the precedent in the case of North Macedonia could encourage Croatia to promote the interests of the Croatian people in BiH, which could jeopardize the entire accession process of Bosnia and Herzegovina.

“The EC can support the member states, but we must not support only some member states. We support BiH’s integration into the EU. On the other hand, we are critical when we see how political leaders act and divide society, while state institutions do not function, ” Strik said.