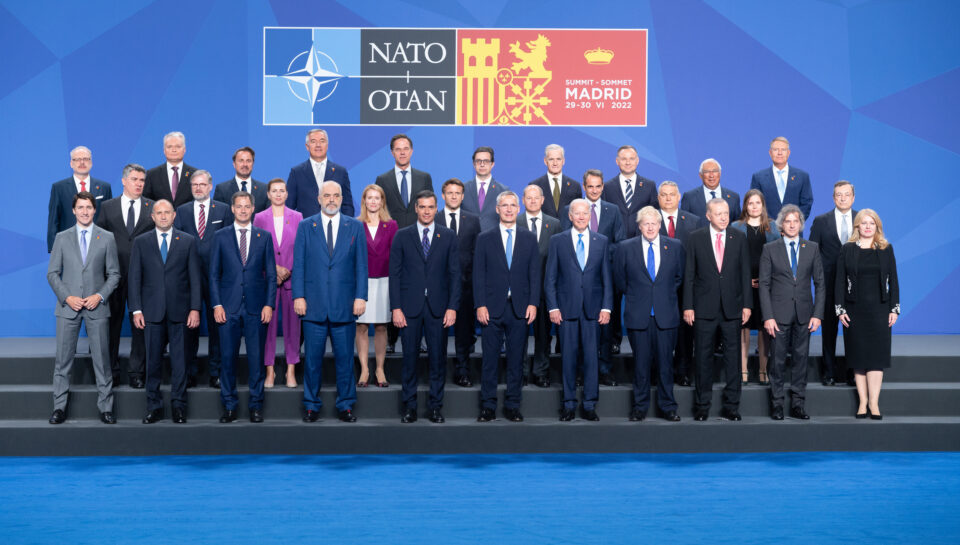 MADRID – Leaders of the world’s largest military alliance convened in Madrid this week. This high-stakes meeting came at a time of heightened global tension amid Russia’s war in Ukraine. Many observers believe that this is the most important NATO summit in the past decade. According to the western media, moves by NATO this week reportedly put the Alliance on its most dangerous footing with Russia since the Cold War.

The leaders expressed readiness to counter Russia’s aggression, including through continued diplomatic, economic, and military support for Ukraine. Among the most important decisions was the one reached between Turkey, Finland and Sweden. Ankara lifted its objections to their joining the Alliance and allowed NATO to begin the accession process.

As a result of this week’s NATO summit, a new strategic concept was adopted, defining Russia as “the most significant and direct threat to Allies’ security, peace and stability. In the Euro-Atlantic area, “NATO has vowed to defend every inch of its members’ territory against Russia, taking significant steps to deter possible attacks”.

The Alliance stressed that the Western Balkans and the Black Sea region are of strategic importance and that it will continue to support the Euro-Atlantic aspirations of interested countries in these regions.

“We will enhance efforts to bolster their capabilities to address the distinct threats and challenges they face and boost their resilience against malign third-party interference and coercion. We will work with partners to tackle shared security threats and challenges in regions of strategic interest to the Alliance, including the Middle East, North Africa, and Sahel regions, ” the document reads.

Bosnia and Herzegovina on the agenda of NATO leaders

He said that goal is to bolster the NATO HQ and Bosnia’s ability to resist malign influences and block the attempts to undermine democracy in BiH and the region.

BiH is widely seen as facing the greatest threat to its existence in the post-war period, with secessionist leaders actively working to create instability backed by Moscow as a part of Russia’s plan to undermine stability and Euro-Atlantic integration in the region.

This UK decision came on the last day of the NATO Summit in Madrid, where Bosnia’s representatives also took part. In February 2021, the Council of Ministers of Bosnia and Herzegovina, the state government, took significant steps on the path to Euro-Atlantic integration, adopting a Reform Program for NATO and forming a commission for cooperation with the Alliance.

During the Summit, the Prime Minister of Slovenia warned NATO not to overlook the Western Balkans as it strengthens its presence on its easter flank as part of a new deterrence and defence posture.

According to Slovenian PM Robert Golob, his country is thus willing to “act primarily where it can contribute the most”.

“I believe that one Slovenian soldier in the Western Balkans contributes significantly more than this same soldier in a region that he does not know so well”, Golob said, Slovenia Times reported.

Croatian President Zoran Milanović also warned NATO leaders that destabilisation of Bosnia and Herzegovina could have severe implications for the region and NATO. Addressing the Summit, Milanović wanted to draw attention to serious security problems that Croatia was facing in the Western Balkans, notably in BiH.

“Events in Bosnia and Herzegovina directly impact our national interests and security. Further destabilisation of Bosnia and Herzegovina will have serious implications for the wider region and NATO. We hope that it will not be too late to reverse the situation”, Milanović said in his address to the NATO heads of state or government on Wednesday, N1 reported.

The NATO summit was also attended by the leaders of the region’s member states – Albania, North Macedonia and Montenegro.

Prime Minister of Albania Edi Rama repeated the request for the admission of Kosovo to the Partnership for Peace, stating that the fat of NATO is linked to Kosovo. Rama noted that even though not all countries have recognized Kosovo, it is not the “usual time” and that extraordinary actions are needed in politics and decision-making.

In Madrid, Rama invited NATO to set up a military naval base in the new port of Durrës, which will be built in Porto Romano.

The President of Montenegro, Milo Đukanović, announced on Thursday in Madrid that Montenegro will “in a short time” ratify the accession protocol on the accession of Sweden and Finland to NATO.

Đukanović, who led the Montenegrin delegation at the NATO Summit, told journalists that the complete unity of the Alliance was demonstrated in the capital of Spain and that it was a very successful summit, reported RTCG.

“Perhaps the most important decision is the invitation to Finland and Sweden to join the NATO alliance, especially in the context of Russian aggression against Ukraine. This will certainly enrich the capacities of the NATO alliance in the coming period,” Djukanović said.

Plenković: EU-WB Summit in Zagreb will determine the next decade of relations