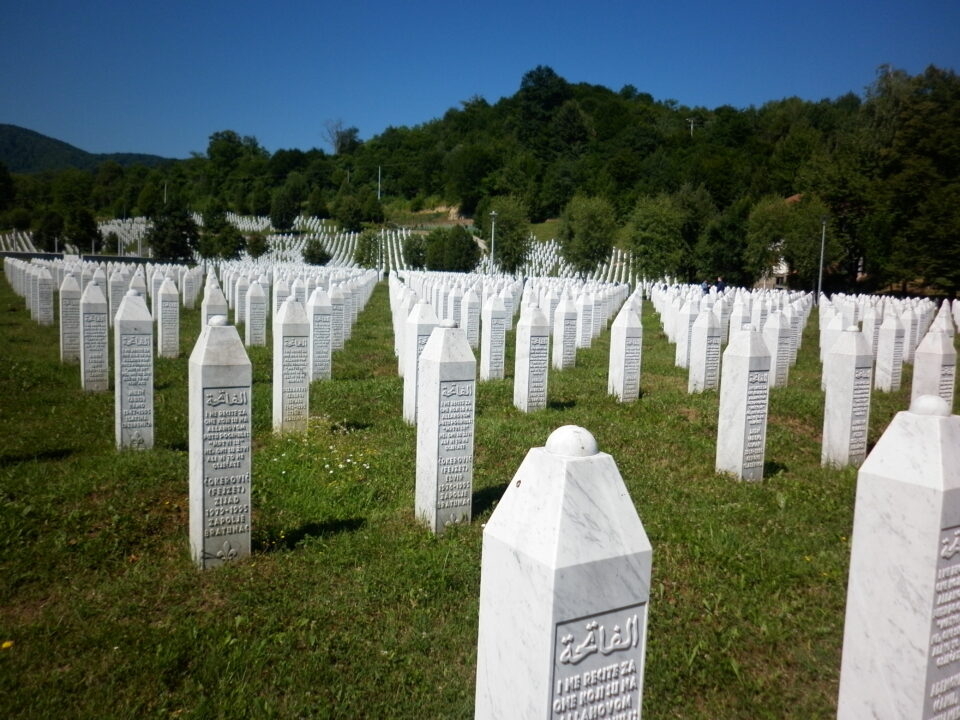 BRUSSELS – Bosnia and Herzegovina on Monday marked the 27th anniversary of Srebrenica genocide, bidding farewell to 50 newly identified victims of the 1995 massacre at a memorial service.

The EU’s chief diplomat Josep Borrell and Commissioner for Enlargement Oliver Várhelyi have spoken out on the anniversary of the Srebrenica massacre at the hands of Bosnian Serbs in 1995, calling it a failure and shame of Europe.

“Europe has not forgotten what happened in Srebrenica and our responsibility for not being able to prevent and stop the genocide. In Srebrenica, Europe failed, and we have faced our shame”, the two diplomats said in a statement.

They said that the Russian war on Ukraine brings back “vivid memories of those witnessed in the war in the Western Balkans in the 1990s.”

“As we see the security and stability of Europe and the international rules-based order profoundly shaken, we are reminded of the need to stand up to defend peace, human dignity and universal values. Europe has not forgotten what happened in Srebrenica and our own responsibility for not being able to prevent and to stop the genocide. In Srebrenica, Europe failed and we are faced with our shame,” their statement continues.

They added that there is no place in Europe for genocide denial, revisionism, and the glorification of war criminals. For Bosnia to continue on its EU path, they added that peace, reconciliation, mutual understanding and dialogue should be top of the agenda.

“It is our common duty to remember the victims of the genocide committed in Srebrenica – one of the darkest chapters in the history of modern Europe. We share the pain and in our hearts, we keep the courage and strength of those who survived,” Borrell noted in his video address during the commemoration at the Potocari Memorial Center.

He added that, while he keeps Srebrenica in his heart, the European Union firmly stands by BiH and the Western Balkans.

The President of the European Council, Charles Michel, on the occasion of commemorating the 27th anniversary of the genocide in Srebrenica, said that this is one of the darkest events in modern European history.

“This tragic anniversary is also a reminder: we must keep working together for peace in Europe and for Bosnia and Herzegovina to become a part of the European Union”, Michel added.

As part of the community that agreed to provide protection to the people of Srebrenica, the Government of the Netherlands shares political responsibility said Dutch Defence Minister Kasja Ollongren at the commemoration on the 27th anniversary of the genocide in Srebrenica, N1 reported.

Ollongoren once again underlined the defeat of the international community.

“We share our deep feelings of loss and pain with you every year. Although the voices of 8,732 people were taken away we can still hear them in this silence – like an endless cry from the grave. That silent cry calling us to use our voice to remind the whole world what happened here and to remind them of the promise of the international community to protect you,” she said.