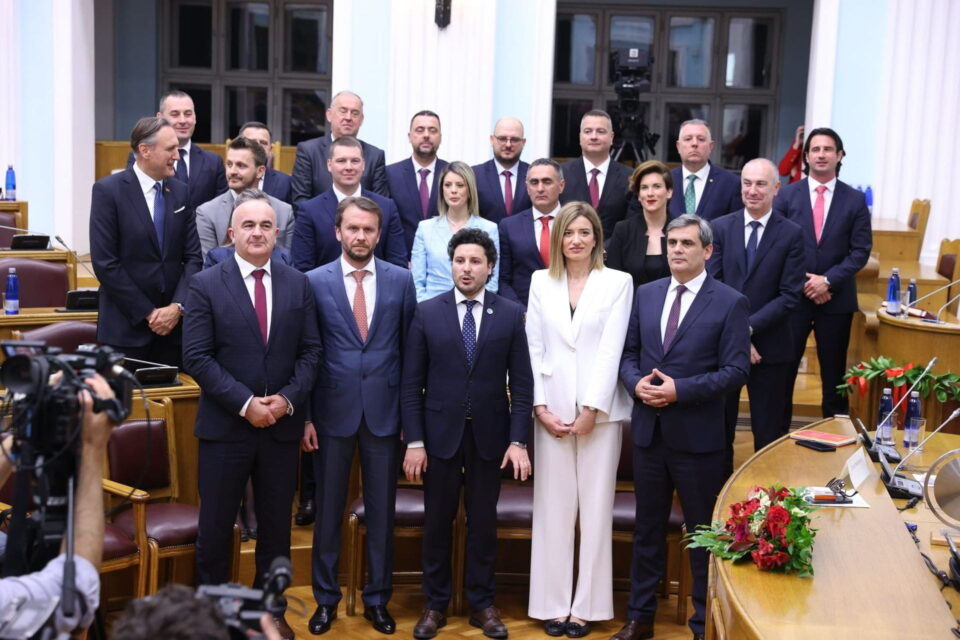 CETINJE – The members of the Parliament of Montenegro, at an extraordinary session, supported the motion of no-confidence in the Government of Prime Minister Dritan Abazović last night.

Abazović’s minority government was elected by the parliament at the end of April, replacing the Government of Zdravko Krivokapić (2020-2022). The motion of no-confidence was submitted after the Government had signed the Fundamental Agreement with the Serbian Orthodox Church earlier this month.

51 out of 81 MPs cast their vote, 50 of them voted for the motion of no confidence, while one vote – Speaker Danijela Đurović – was against it.

MPs of the pro-Serb Democratic Front, Abazović’s coalition “Crno na bijelo” and the Socialist People’s Party, as well as the MP of Demos Miodrag Lekić, left the assembly hall before the vote.

The outgoing PM Abazović, in his first statement after the no-confidence vote, said that he regreted that organized crime still uses its tentacles to regulate political relations.

At a press conference in the Parliament of Montenegro, Abazović pointed out that many things are now clearer and congratulated the new coalition of Aleksa Bečić, the leader of the Democrats, and Milo Đukanović, with the hope that they will quickly agree on a new government, RTCG reported.

“We are ready to carry out the handover. This is the most inclusive government that has ever existed, it has never had a revanchist attitude towards anyone. I would like every subsequent government to be like that,” said Abazović and pointed out that he was proud that everything was done in 100 days.

Member of the European Parliament Vladimír Bilčík, Chair of the EP delegation for Montenegro, tweeted that after last night’s vote of no-confidence, Montenegro needs a genuinely pro-EU government that can prioritize strategic EU reforms over narrow political interests.

“Montenegro can join the EU when it manages successfully some hard domestic political tasks. We stand ready to help”, Bilčík said.

RFE: Lajčák and Escobar in Belgrade and Pristina this week

Commissioner Várhelyi in North Macedonia and Albania today and tomorrow