For some Dayton is solely a legal document of international origins; a peace agreement only, for others it is a Constitution, still others a transitional document, still others a legal act sui generis, etc. Consequently, as there is no exclusive interpretation of it, there are several decisions by the European Court of Human Rights, as well as the BH’s Constitutional court, on its postulates, which in combination make the solution less, not more probable. Raymond Aron wrote:‘Even when a “lesson” [of a Constitution] is probable (let us say the dangers of proportional voting), there will be members of the constituent assembly to cite exceptions to the rule in order to justify their preference, whose origin is strictly selfish (a voting method may conform to the interest of the party, and oppose that of the regime). Therefore, they often deliberate on its ‘spirit’. What is in that spirit?

For the Serb political nomenclature, it is the spirit of joint state institutions only, boiling down to the provision that all governmental functions and powers not expressly assigned in the Constitution to the institutions of Bosnia and Herzegovina shall be those of Entities (DPA). For the Bosniak political nomenclature, it is the spirit of a liberal democratic order corresponding with the promise of the continuity of BH’s legal existence under international law as a state, with its internal structure modified as provided… and with its present internationally recognized borders (DPA).

With this, they united relatively diverse visions of identity (not mutually exclusive) into one political goal. For the Croat political nomenclature, it is the spirit of the principle of consociation, in which the separate peoples have their access to governing mechanisms and political positions of power; where the Bosniacs, Croats, and Serbs, as constituent peoples (along with Others), and citizens of Bosnia and Herzegovina … determine…the Constitution (DPA), and therefore have collective rights.

In praxis, the Serb political elites want to withdraw from the State’s institutions because they believe the country should run on Dayton’s original, perhaps embryonic, but disrupted commitments. The Croat political elites promote the idea of legitimate representation, a corresponding vision/model of the general principle that the Peoples (Bosniaks, Croats, Serbs) have their collective, constitutive, and therefore electoral rights. (*Accordingly, most recent negotiations are held on the electoral rules, a point of dispute between Bosniaks and Croats.

However, as with all the political issues in BiH, it is also a negotiation on the principles of Dayton.) The Bosniak political elites (politically representing a demographical majority), want more governing mechanisms on the state-level, as they believe that the promise of Dayton is a centralized functioning of governance.

The latter dismiss the value of the principles of consociation for BH’s future implying that any talk of an electoral system that enables further collective representation leads towards segregation with the final aim of achieving ethno-political autonomy. They believe that the promise of BH’s continuity and the legacy of the war justifies a civic state model.

The trouble here arises because ‘civic’ is interpreted as a separate political community (by both its proponents and adversaries) not as a relationship of an individual within a certain political unit towards a whole. For Croats (and subsequently Serbs), this conception becomes gleamingly obvious: the intention of a unitarist, centralized State in which Bosniak political elites have all the mechanisms for domination, where the nation-state would be the result of its civic-majoritarian interpretation. More functional than the question of whether a civic BiH is possible, is the question of whether such a relationship of political units towards a whole is possible.

The main imperative of Dayton was the cessation of armed conflict. Any post-Dayton legalistic philosophy oblivious to this imperative, will not find firm casuistic ground – a premise for the continuity of legal activities.

The international community, therefore, encounters a descriptively philosophical problem: it seeks to find a solution, where the problem itself is problematic. Providing a solution also means changing the phenomenology of the problem. As mediators, they offer only a covering value of the negotiation: that any solution must be appropriate to all, with each losing and gaining as much as others do, or as much as they agree on. That is not the same covering value for the sides of the negotiations, however. Having different visions of the country, their ideas of the organizational principle of the negotiation is not that it is a zero-sum game itself

Each suspect that this is an area for setting the standards of the game itself. With changing global circumstances, the interest in BiH changes. It is not a foreign policy issue of enlargement anymore, but an issue of geopolitics. The essence of geopolitics is acting preventively. Therefore, the international community (especially the EU) should seek to use the situation to figure out which actors are oblivious to their deficiencies, and which are straightforwardly malevolent in their intentions. With seemingly no institutional memory of its representatives, these actors fail to realize their symbolic representation: they represent not the European future of Bosnia and Herzegovina, but the reality of Bosnia and Herzegovina itself.

In the ‘spirit’ of Dayton, both determination and generality are destroyed, so it is only what it has historically represented for every particular interpretation. Meaning, the struggle of the people to achieve a certain political stature. Chantal Mouffe wrote: ‘…power should not be conceived as an external relation taking place between two pre-constituted identities, but rather as constituting the identities themselves’. Acknowledging this antagonistic pluralism of BiH does not affirm its further instability but reduces the proneness to conflict through managing appropriate political outlets for the involved sides.

The EU needs BiH now because of its geopolitical importance, and it has actors identifying with the European position globally.

As each people hold the idea of their utmost importance for the uniqueness of the country, BiH is a compound of heterogenic elements, a paradigm of values the EU promotes. Therefore, the EU needs not to misuse its position of power for a false homogeneity of having a single and all-encompassing solution everywhere but ground its negotiating stance in political realism. To transform antagonism into agonism. This means mediating with a removed sense of a prophetic ‘cargo cult’ idea, falsely seducing the public about the enlargement process, or treating the country solely with unsuitable neo-functional reasoning.

If the international community is to achieve a geopolitical interest in BiH, it needs Bosniaks and Croats to agree on a model of governance that would not estrange either from joint political commitments in the future. This means rediscovering the minimum of ethos for their cooperation, arising from Dayton. And that is just the beginning. Geopolitics first, foreign policy second.

RFE: Lajčák and Escobar in Belgrade and Pristina this week

Visit of Escobar and Lajčák to Kosovo and Serbia: Part of crisis management

Statement by Federica Mogherini on the resolution of issues related to reopening... 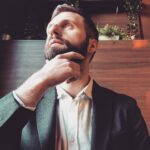