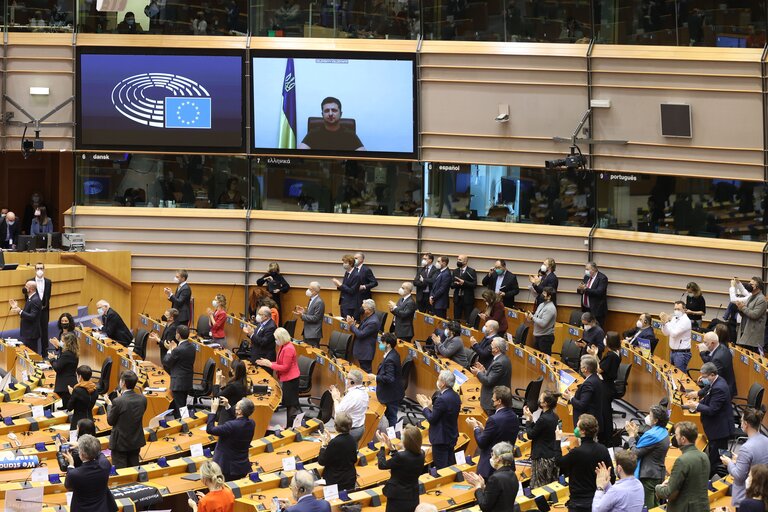 BRUSSELS – Members of the European Parliament sent a letter to Serbian President Aleksandar Vučić and Prime Minister Ana Brnabić, in which they urge the authorities to enable the EuroPride scheduled for September in Belgrade. They stressed that the Pride demonstrations are peaceful tools for political advocacy and one way in which the universal right to freedom of expression and peaceful assembly is crystallized.

The letter, initiated by the LBGTI Intergroup Bureau and MEP Marc Angel from S&D, signed by 145 MEPs, including six vice-presidents of the European Parliament, five heads of parliamentary groups, and head of the Delegation to the EU – Serbia Stabilisation and Association Parliamentary Committee (POSP), Alessandra Moretti.

The EP is aware that there are threats to protestors’ security, but they underlined that banning this event outright is not the right solution.

“The situation of anti-LGBTIQ counter-protests, which are often violent, is unfortunately not new to Prides and therefore the police response should be swift, efficient and sufficient. Should there be a need, more police should be deployed to ensure the Pride march and surrounding events can effectively take place, ” stated a letter.

As Members of the European Parliament committed to fighting for equality in all its forms, and in particular LGBTI equality through the work of the Intergroup on LGBTI rights, they deeply appreciate the political will that has played a role in cooperating with the EuroPride organizers.

“Today, we ask you to continue this positive cooperation and to support the organizers in delivering a safe and affirming EuroPride March “, wrote in a letter.

MEPs urge the leadership of the Serbian government to: enable EuroPride to take place as scheduled; additionally commit to deploy sufficient law enforcement to ensure its safety, thereby ensuring that all attendees can safely exercise their right to peaceful assembly and freedom of expression; maintain dialogue with the EU Delegation and organizers to find a solution that ensures the above.

Lajčák: Two months for Kosovo and Serbia to find a solution for vehicle license plates