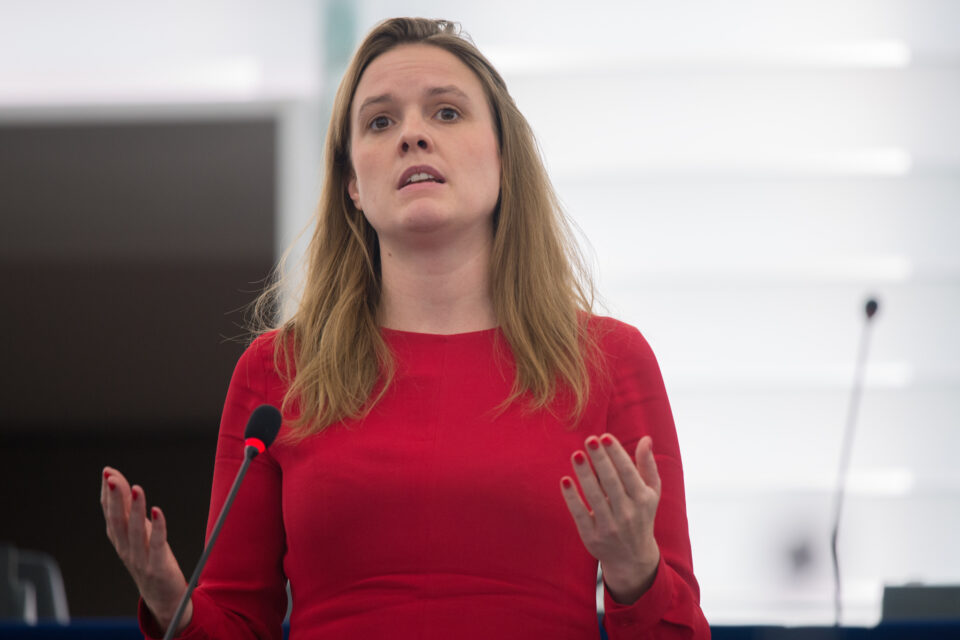 BRUSSSELS – Member of the European Parliament Terry Reintke says for European Western Balkans that the right to assembly is protected not only by the Constitution of Serbia but also in the European Convention of Human Rights, adding that she hopes that the Government of Serbia will find a pragmatic solution with organizers of Europride in the coming days.

„The right of assembly is not only protected by the Serbian constitution; when becoming a member of the Council of Europe in 2003, Serbia committed itself to the European Convention of Human Rights: respect of fundamental freedoms, protection of minorities, the right of assembly. I am sure the Serbian government is aware of this commitment and the duties following from it“, underlines Reintke.

She is still convinced that a constructive solution can be found regarding the holding of EuroPride in Belgrade, scheduled for September. Reintke adds that successful and peaceful EuroPride would positively impulse the Serbian integration into the European Union.

Reintke, a member of the EP from Greens, who through her work in the interparliamentary group is in charge of protecting the rights of the LGBTQ+ population, is a signatory of the letter of 145 members of the EP to the authorities in Serbia, which was published on Tuesday.

Members of the European Parliament sent a letter to Serbian President Aleksandar Vučić and Prime Minister Ana Brnabić, in which they urged the authorities to enable the EuroPride scheduled for September in Belgrade. They stressed that the Pride demonstrations are peaceful tools for political advocacy and one way in which the universal right to freedom of expression and peaceful assembly is crystallized.

Reintke said that the European Parliament stands “shoulder to shoulder” with the organizers of Europride.

“The comments by the Serbian President reflect that despite a long process of cooperation and engagement with EuroPride organizers, fear topples acceptance. We are convinced that despite potential counter-protests, this will be a peaceful event. The government’s role is to provide enough protection to the organizers and attendees and ensure that EuroPride can take place without violence. This march will be a sign of hope for people all over Europe”, said Reintke on Tuesday.

Speaking about the meeting with the Prime Minister of Serbia a day after the authorities announced that Europride would be cancelled, Rajntke tells EWB that the talks with Brnabić took place in a very constructive atmosphere.

“Politically, the need to protect freedom of assembly for all Serbian citizens is clear. But also from a practical point of view: A march planned for many years now, with thousands of participants from all over Europe joining, can be organized in a controlled and predictable way. Banning it will create an unforeseeable and potentially dangerous situation. Nobody wants to see the situation escalate. That is why good planning with the Serbian authorities is key now to make a peaceful parade possible”, believes a member of the European Parliament.

She says that she will come to Belgrade in September, together with several dozen members of the European Parliament, and join thousands of peaceful protestants.

“I will be in Belgrade and joining the march at the EuroPride 2022 – together with thousands of peaceful protesters, several dozens of Members of the European Parliament, and numerous representatives of national governments. We all will attend this event celebrating the respect for human rights and democracy”, concludes Terry Reintke.

Banning EuroPride – step back for democracy

Tensions over whether EuroPride 2022 in Belgrade will be held in September continue. After the President of Serbia announced on Saturday that the event would be cancelled due to the security situation in the country, the whole problem was internationalized.

Washington, Brussels, and Strasbourg remind us that Serbia is committed to hosting Europride.

US Secretary of State Anthony Blinken called on Serbia to facilitate the holding of Europride.
“Freedom of peaceful assembly and expression are essential components of a healthy democracy. We urge Serbia to renew its commitment to hosting EuroPride “, wrote Blinken on Twitter, adding that LGBTQ+ rights are human rights.

The Council of Europe stressed that the cancellation of Europride would be a worrying step backward for equality and democracy.

Although the authorities in Serbia cancelled the event because they could not guarantee security, the Government of Serbia in 2019 has given full support to Belgrade Pride in its bid to host Europride. The letter of support was signed by the then Prime Minister and current representative for the composition of the new Government, Ana Brnabić.

In a letter of support published by N1, it is stated that Brnabić wants to emphasize the determination of the Government of Serbia in the fight against discrimination. The letter confirms the goal of building a better and more equal society for all.

“The Government I lead is committed to ensuring the full respect of human rights of all citizens, and we hereby promise to help the Belgrade Pride organizing team in ensuring a safe and successful organization of EuroPride in Belgrade in 2022. This event will be of substantial importance when it comes to promotion of the respect of human rights of the LGBT+ community and all citizens of Serbia “, stated in the letter.

Even though the authorities in Serbia have committed themselves to holding Pride, Serbian President Aleksandar Vučić said that the authorities have decided and that there will be no EuroPride.

“Call Biden, Putin, Zelensky, Erdogan, there will be no change in that decision.”  This is something you must have learned, how the state behaves and that is respected,” said the President of Serbia.

Although the Government announced that there would be no Europride, as far as the organizers of the European event in Belgrade are concerned, the Pride Parade, as announced, will begin on September 17 in front of the National Assembly building.

The organizers emphasize that not even the Government, let alone the President, can ban public gatherings but that only the Ministry of Internal Affairs can do so by law. For now, the Ministry has no official decision to ban the event.

If the authorities officially ban EuroPride, it would not be the first time members of the LGBTQ+ population have been banned from gathering. Such a decision by the Serbian authorities in 2011, 2012, and 2013 was declared unconstitutional.