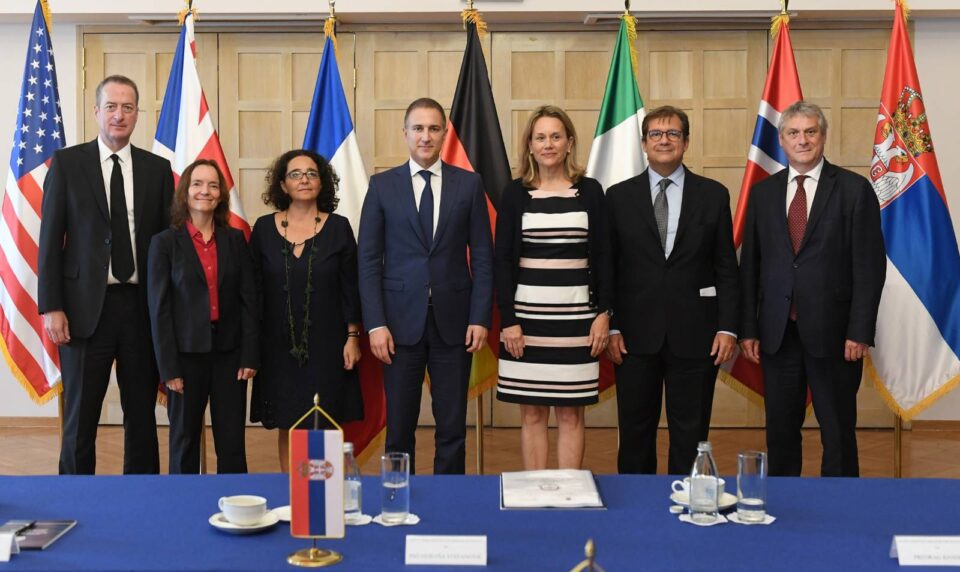 BELGRADE/SARAJEVO – The ambassadors of the leading NATO countries visited Serbia and Bosnia and Herzegovina this week. During the separate meetings in Belgrade and Sarajevo, the ambassadors sent a message that an active presence of the EU and NATO in the Western Balkans region is important for maintaining stability in the region.

The NATO delegation was led by the ambassadors of France, the United Kingdom, the Republic of Germany, the Kingdom of Norway, and Italy, as well as the US ambassador to NATO, Julian Smith.

In Sarajevo, during a meeting with Defense Minister Sifet Podžić, Smith emphasized the further commitment of the United States of America to support Bosnia and Herzegovina on its Euro-Atlantic path, for the benefit of its citizens and the entire region.

This visit to Serbia and Bosnia and Herzegovina took place only a month after the decision was made to continue the engagement of EUFOR forces in BiH, which will ultimately be decided by the United Nations Security Council. It is expected that Russia could veto, which would mean that the EUFOR mission would have to leave Bosnia and Herzegovina. As it is announced, in that case, it could happen that EUFOR forces will be replaced by NATO forces.

“The upcoming decision of the UN Security Council on the continuation of the EUFOR mission in Bosnia and Herzegovina is particularly important. We hope that there will be no obstructions and abuse of the veto rights of individual permanent members. In this regard, the strong messages of NATO’s key members are encouraging, about the determination to find an adequate solution for the continuation of the mission of international forces in Bosnia and Herzegovina in every possible scenario,” concluded BiH Minister of Defense Sifet Podžić.

After the meeting with NATO representatives in Belgrade, Serbian Defense Minister Nebojša Stefanović assessed that visits and talks are important for exchanging opinions, building trust and mutual understanding. He added that Serbia’s membership in the European Union is Serbia’s foreign policy priority, and that the country’s strategic commitment is military neutrality.

As announced by the Ministry of Defense, NATO ambassadors emphasized during the meeting with Serbian officials that NATO respects Serbia’s military neutrality, but also appreciates engagement in the Partnership for Peace Program. They emphasized that in light of the conflict in Ukraine, they are committed to preserving stability in the Western Balkans and that they consider Serbia an important factor in this.

The Ambassador of the United States of America to NATO, Julian Smith, assessed that the relationship between Serbia and NATO is fruitful and that the Alliance sees Serbia as an important and valuable partner.

In an interview for Tanjug, Smith, speaking about the conclusions of the NATO Summit in Madrid, stated that the strategic concept of NATO recognizes the importance of the Western Balkans, the importance of peace and stability in the region.

“This year we spent a lot of time dealing with the Russian war in Ukraine.  The strategic concept also emphasizes the importance of the Balkans, the importance of peace and stability and the importance of further work on it. That is why a small delegation of NATO ambassadors visited the region in the previous two days, and we enjoyed our visit very much,” said the American ambassador to NATO.

According to her, they mainly focus on improving defense readiness and work on reforming the armed forces.

EU Ministers: Greater EU support is needed for the enlargement process in the Western Balkans