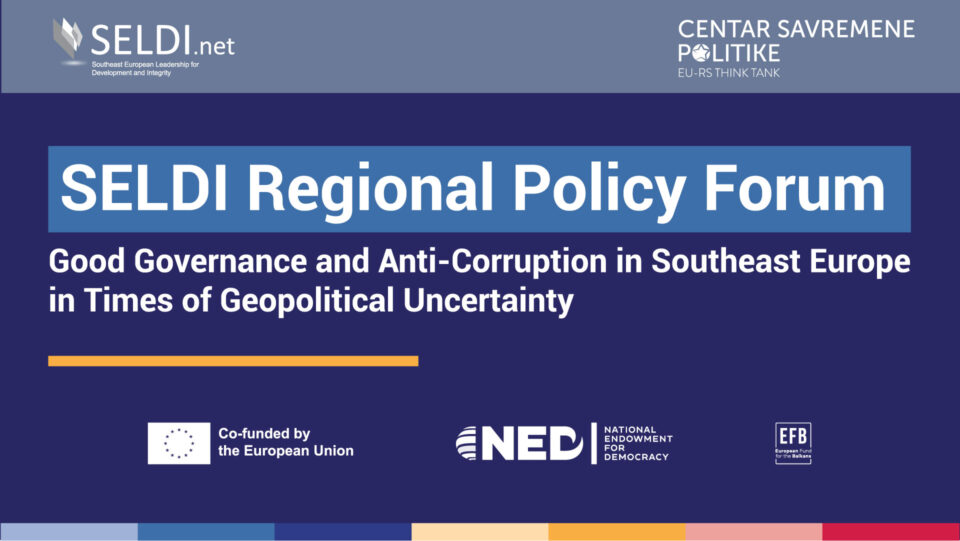 BELGRADE – A two-day conference on good governance and anti-corruption policies in times of geopolitical uncertainty will take place in Belgrade on Monday.

The conference Regional Policy Forum will be organized by Centre for Contemporary Politics (CCP) on behalf of the Southeast Europe Leadership for Development and Integrity (SELDI) network.

Among others, the conference will be opened by the ambassadors of the European Union and the United States of America, Emanuele Giaufret and Christopher Hill.

SELDI Regional Policy Forum, a two-day conference, will gather prominent experts from the Western Balkans, and discuss topics such as geopolitics, state capture, corruption, illicit financial flows, the hidden economy, judicial reforms, as well as the state of democracy and media capture in the Western Balkans.

Discussions will make an overview of how the region can build democratic resilience by removing some of the key enablers of illicit finance related to corruption, state capture, and authoritarian influence.

The conference will discuss how civil society could work jointly and support the governments in launching public reforms or measures to help attract more constructive capital to build a democracy that delivers in times of increasing geopolitical uncertainties.

Tirana Connectivity Forum (TCF22) this week in Durrës and Tirana