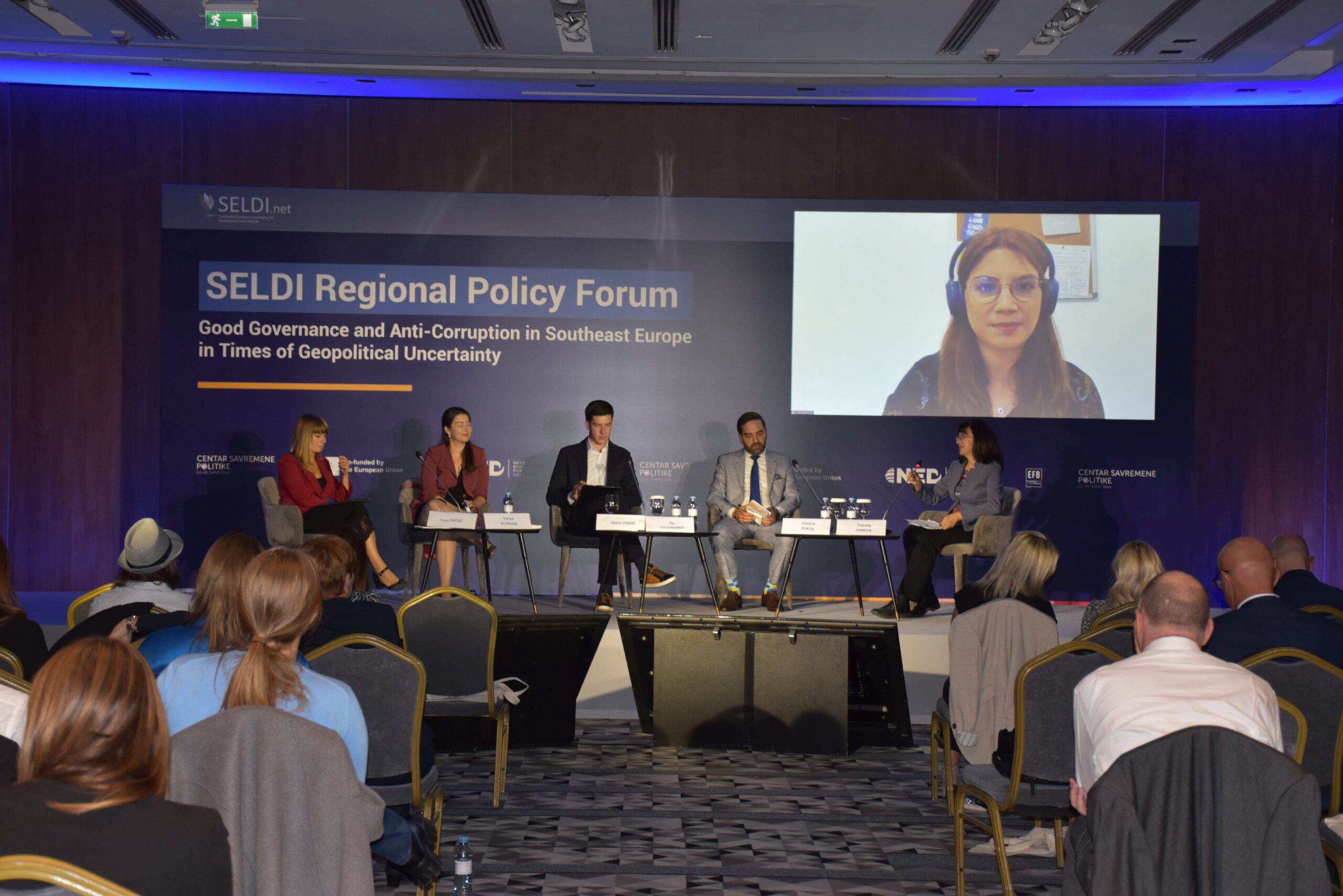 According to the new edition of the Regional Assessment Report (RAR) published within SELDI Network, the hidden economy and corruption in the Western Balkans feed off each other.

„High informality opens up the region’s economies to risks of illicit or opaque (offshore) financial flows, which could often originate from authoritarian countries, adversarial to the EU. In turn, such financial flows could undermine competitive accountability and corrode democratic institutions, strengthening the hands of authoritarian leaders“, the RAR stated.

Vanya Petrova, a Senior Analyst at the Center for Study of Democracy from Sofia, explained that the understanding and accurate assessment of the amount of illegal money is a real challenge because, currently, there is no precise definition or indicators that could cover the phenomenon.

“It is difficult to fight against something that is not understood and cannot be counted. There are a lot of difficulties when we try to assess illicit financial flows,” she said.

Petrova stated that on a global level, 1.5 trillion US dollars come from illegal sources, but it is estimated that this number is twice as high in the Western Balkans region. According to Petrova, one of the critical factors for such figures in this region is the sensitivity fueled by corruption and the captured state.

Tena Prelec, Research Associate at the Department of Politics and International Relations at the University of Oxford, emphasized that illegal financial flows are characteristic of countries in development.

“Much more money is taken from developing countries and then goes to developed countries.” For example, there is three times more money leaving underdeveloped areas like Africa than money entering that continent,” said Tena Prelec.

Speaking about the Western Balkans region, Prelec noted the connection between Russian influence in this region and illegal financial flows. Prelec explained that such a connection exists especially in countries like Serbia, but also in Montenegro.

According to her, the Western Balkans is definitely in the sphere of interest of the Russian Federation, but the example of Montenegro shows that Russia’s ties with political elites did not affect the country’s foreign policy because Podgorica introduced sanctions against Russia.

In addition to the hidden economy that goes hand in hand with corruption and state capture, during the panel, it is underlined that an essential factor for state capture is the inefficient management of public enterprises.

Mahir Polić, a Project Coordinator at Centres for Civic Initiatives from Sarajevo, emphasized that the problem of inefficient management of public enterprises is huge in Bosnia and Herzegovina. According to pOlić, public companies have tremendous social potential in that country.

„In Bosnia and Herzegovina, more than 550 public companies have an annual income of 3.3 billion euros, and annual debts are over 4 billion. This brings us to the conclusion that management is not effective. The problem is that public companies are places where people are employed by party affiliation. Responsibility for spending public money is not taken into account. This is the reason why instead of profit, citizens go into debt“, said Polić.

He stated that one of the solutions could be the strengthening of auditing institutions, which can be an important tool in the fight against corruption and the protection of public money. Polić added that the transparency of the management of public companies should also be strengthened, which can be achieved by greater involvement of citizens and civil society organizations when it comes to the responsibility of the entire public sector for taxpayers’ money.

Ilija Djugumanov, Secretary General at Euro-Atlantic Council from Skopje, concluded is in every sphere of life in the Western Balkans. According to him, in the fight against corruption, it is necessary for the civil sector to be more involved. Djugumanov assessed that regional initiatives can be significant because the regional approach is important in the fight against corruption.