BELGRADE – “The integrity of government remains under serious stress in the Western Balkans, while the margin for civil society action has further decreased as a result of the war in Ukraine, which has strengthened autocratic forces in the region,“  states the latest regional assessment report.

The report published by the Southeast Europe Leadership for Development and Integrity (SELDI) Network, titled “Geopolitics, State Capture and Peak Corruption. What is Next for Anticorruption in the Western Balkans?”, explains that the ability of democratic systems to withstand instability depends in great part on the absence of corruption and nepotism in the public sector.

This annual, in-depth diagnostic of corruption and governance gaps in the region has shown that corruption pressure has risen in the Western Balkans since the 2010s.

“Administrative corruption is a mass phenomenon in the region and it should be regarded as a specific risk for the operation of public institutions,” pointed out Srđan Majstorović during the panel “Geopolitics, State Capture and Peak Corruption: What Is Next for Anticorruption in Southeast Europe?“, organised within the SELDI Regional Policy Forum.

READ THE REPORT HERE: GEOPOLITICS, STATE CAPTURE AND PEAK CORRUPTION WHAT IS NEXT FOR ANTICORRUPTION IN THE WESTERN BALKANS?

The report notes that the anticorruption agenda in the Western Balkans should start with the premise that, in many areas, corruption has evolved from a simple deviation in the operation of a specific public institution, into a stable pattern of institutional behaviour that is resistant to the implementation of generalised anti-corruption policies.

Furthermore, it shows that state capture is still having difficulty being recognized as an issue in official policy, demonstrated by the fact that it is not mentioned in any of the region’s anti-corruption plans.

“SELDI’s pilot diagnostic assessment of state capture carried out in the Western Balkans has shown that although none of the countries is close to full state capture, they exhibit critical impairments in democratic and economic checks and balances,” reads the report.

Moreover, the report notes that it is a positive development that new rules and regulations have been created to specifically target certain types of corruption. On the other hand, one-stop-shop anticorruption institutions are nevertheless frequently in charge of enforcing policies. This puts them at risk of being overwhelmed and captured by special interests, making them counterproductive after the first few years of operation.

“Enthusiasm for broad anti-corruption strategies and action plans seems to be waning in the region,” the report highlights.

In addition, the report explains that the region in its entirety embraced the strategy of broadening the scope of statutory incrimination of corruption-related offences. This was an alternative that did not instantly affect any special interests and ensured that the laws were enforced selectively due to corruption in the criminal justice system.

“Lobbying laws are being upgraded in North Macedonia and Montenegro, although in the latter anti-corruption legislation presents certain challenges as there are overlapping regulations among the various laws. The regulation of the origin of assets of public officials is a fairly recent addition to the anticorruption legislative infrastructure of the Western Balkan countries,“ notes the report.

It is further emphasised the problem that state institutions run the risk of being used by oligarchic groups to cover up corrupt practices and repress critics. The selection and appointment of the management and staff of these institutions is the easiest way to do this.

On the other hand, the process of experimenting with various institutional structures has produced a complex and overlapping set of competencies.

“The specialised anti-corruption bodies in the Western Balkans are rarely subjected to rigorous scrutiny as to the results of their work, so much so that often minor developments are presented as a sign of progress,” states the report.

Additionally, the restructuring of institutional anticorruption infrastructure frequently occurs with minimal exposure. In reality, the agencies release administrative reports that, rather than providing a forum for policy criticism, frequently highlight the staff’s workload. The reporting for the work done on conflict of interest and asset supervision and verification is where this is more noticeable.

“Without verifiable evidence that the effectiveness of criminal justice policy against corruption is increasing, the overall anti-corruption drive would be in doubt. There are two main dimensions of this effectiveness: the prevalence of a crime (in this case the various types of corruption) and the chain of prosecution,” the authors explain.

Another problem is also highlighted – legislation in the Western Balkans has been lagging behind the advancements in corrupt public procurement practices for more than a decade.

“The hidden economy and corruption in the Western Balkans feed off each other, such as when businesses choose to stay off the books given lax enforcement by corrupt officials or when a state of government capture encourages large grey and black (illicit) financial flows to connect business and politics,“ stresses the report.

Mentioning that, the report points out that in all Western Balkan countries, efforts to strengthen the operational capabilities of tax authorities, the introduction of e-services, and the computerization of tax administrations have helped in the battle against tax evasion and the informal sector.

Moreover, the report notes that anticorruption reforms are supervised and guided by the government, which is meant to be undertaking reform. When involved, CSOs act mainly more as a checkbox for “inclusivity” than as a valued stakeholder. Many examples of marginalisation and even hostility toward CSOs are indicators of state capture.

In addition, it is highlighted that “coverage of corruption, although generally improved, still fails to serve as a link between public demand for integrity and actual sentences or reforms.”

The high prevalence of intimidation of journalists covering corruption in the Western Balkans is cause for great worry – political pressure, and verbal and physical attacks on the media are not unusual.

“It has now become obvious to all anti-corruption stakeholders in the Western Balkans that international institutions, the EU prime among them, have become an indispensable factor for anti-corruption progress in the region,“ reads the report.

It further highlighted that state-building and anti-corruption efforts are closely connected. Geopolitical considerations should be used to accelerate the accession process, not to ignore corruption and state capture vulnerabilities in the Western Balkans.

“The state capture vulnerability is high meaning that concentration of political and economic power which is the business state capture and the state capture enablers are high in the region,” said Ruslan Stefanov during the SELDI Regional Policy Forum.

“Non-governmental organisations, business associations, trade unions, academia, media and other civic actors need to become an integral part of the whole anticorruption cycle – from designing policies to monitoring their implementation, supported through an independent local funding mechanism,” notes the report.

Moreover, currently, both national governments and international monitors base their assessments of anti-corruption success on administrative objectives. They are more interested in input indicators than output indicators, i.e., real impact. The report concludes that “a credible anti-corruption campaign should be founded on evidence-based anti-corruption measures”.

International and Regional Cooperation: Transcending Borders in the Fight against Corruption 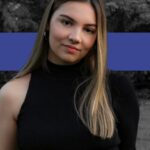