This piece was originally published on a BiEPAG blog

The publication of the European Commission’s annual enlargement packages used to be a big deal. The Communication itself and, even more, individual country reports were eagerly awaited as an indicator of governments’ political and policy direction and their achievements. The pressure to have the reports translated as swiftly as possible was intense, as they were the subject of a lively public debate – in national parliaments, in the media, in civil society organisations.

They were appreciated as a useful tool to keep governments accountable for maintaining the reform dynamic that would ensure progress towards EU membership – a goal that was overwhelmingly supported in all of the Western Balkan countries. This reflected an understanding that both the membership perspective was achievable in a not-too-distant future, and that the Commission was an impartial arbiter of developments in the countries it reported on.

As this European perspective became more distant and elusive, the feeling of immediacy and importance associated with the publication of the packages was lost. While lengthier and more detailed, the reports became part of a bureaucratic exercise, not very relevant for the lives of ordinary citizens.

Originally called “progress reports”, the documents are now more realistically named “country reports”. And in fact, nearly 20 years after the membership promise of Thessaloniki, not one of the Western Balkan countries has come even close to joining the European Union. Even when the Commission recommends advancing a country to the next stage of the enlargement process, this is often blocked by one or more member states on grounds that have nothing to do with the developments the Commission reported on.

Finally, the bureaucratic language, in which developments are described, lends itself too easily to different interpretation by governments and those trying to hold them responsible for delivering – or not – reforms associated with the European agenda. Responding to criticism, the Commission made its assessment of level of preparedness, as well as recommendations for specific criteria, clearer. But an understanding of how a country compares with the others in the region or with its own performance over time remains elusive. A very thin line separates “further work and political commitment are needed to continue and deepen reforms and address shortcomings” from “backsliding”.

The meaning of the former can easily be lost on ordinary people; the latter is clear to all. Even when the Commission is clear in its description of the situation – as was the case with referencing state capture in its 2018 Communication – it is hesitant to repeat the qualification in any of its country reports, leaving it open for whom it might actually be relevant.

The result is a missed opportunity for a real debate about what was done, what should be done and, more generally, what this was all about. It would be even more important to have the reports followed up by action – like granting candidate status to Bosnia and Herzegovina and visa liberalisation to Kosovo.

Earlier this year, Ukraine and Moldova became candidates for EU membership. In extremely difficult circumstances, this was a reminder of why the European project matters. If there are any lessons for the Commission from the experience with the Western Balkans, these are to speak clearly and make sure that words are not devalued by lack of action.

Whistleblowers in Serbia: High profile cases, but no support of the institutions

EU concludes agreements with Montenegro and Serbia on Frontex cooperation 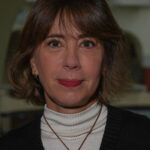 Director of Governance and Political Affairs at EBRD