Never has Montenegro had a better chance to make decisive progress on its EU path. In early 2022, all the stars aligned: a nominally reformist government, a broad pro-EU consensus among citizens, and – with war raging in Ukraine – goodwill from the international community to show that EU enlargement was still on the table.

And yet, much of it was squandered. In a year in which two governments collapsed following votes of no-confidence, a stable administration able to push through the necessary reforms is but wishful thinking.

In the 2022 Country Report on Montenegro, the EC calls for broad political consensus and constructive engagement by all stakeholders to take the final steps in the negotiation process. Instead of addressing “all remaining gaps in the areas of freedom of expression and media freedom, the fight against corruption and organized crime, and accelerat[ing] and deepen[ing] reforms on the independence, professionalism and accountability of the judiciary”, Dritan Abazović’s minority government – which initially promised to focus on these issues and thus fast-track Montenegro’s EU membership – made the wrong call by signing the controversial Fundamental Agreement with the Serbian Orthodox Church.

This divisive move shattered any illusion that the parliament would come together in practising what they preach – namely, their dedication to the EU-related reform agenda. As interparty dialogue on key matters of national interest keeps imploding, and society’s polarisation on ethnopolitical issues grows, those final steps look currently out of reach.

Nevertheless, the report gives some reasons for hope, as it paints a more positive picture than the previous one. Montenegro was commended on its “continued full alignment with the EU’s foreign and security policy, including EU restrictive measures following Russia’s unprovoked aggression against Ukraine”.

Moreover, thanks to the adoption of an ambitious fiscal reform programme in supporting post-pandemic recovery and easing the burden on households from rising inflation, Montenegro’s progress in the economic criteria was assessed as good and the country moderately prepared in developing a functioning market economy. Despite gloomy expectations on the key criteria from the Montenegrin public, the EC sees no backsliding.

In the following brief reflection on the report, I focus on the areas which the EC flagged as critical. While all three areas below were evaluated with “limited/some progress”, the weight of this judgment varies.

Judicial reforms seemed a safe bet at first, considering the consensus of political actors on this matter, but they were thwarted by political squabbles. Limited progress was made in this area, “as certain long-pending high-level judicial appointments took place”, but the Constitutional Court ended up without a quorum to fulfil its role. This will hinder the proper implementation of the local elections, scheduled in the capital and 13 other municipalities for 23 October.

Overall, the report states concern over the burning issue of “institutional performance and consolidation of independent Judicial and Prosecutorial Councils”, as well as the judiciary’s effective independence, integrity, accountability, professionalism, and efficiency which “need to be further strengthened”.

And rightly so, because the fragmented political landscape of Montenegro and the volatility it generates impedes the proper functioning of institutions, even when there is declarative consensus on the steps to be taken for these institutions to be reformed.

While Montenegro has yet to address “some systemic deficiencies that exist across the board in its criminal justice system” – something that requires time – some progress was made in improving the efficiency of criminal investigations, as well as in creating “safeguards against political influence over the appointment or dismissal of the head of the police”.

The report emphasizes the arrest of certain key figures in organized crime groups and new records in drug seizures, making the country moderately prepared in the fight against organized crime.

Montenegro also remains moderately prepared in the area of fundamental rights, according to the report. However, limited progress was made on last year’s recommendations in freedom of expression, where media polarization reflects dominant political cleavages, frequently deepening and widening them. Within such a configuration, however, creating a mechanism to counter disinformation and curtail online hate speech and harassment, without disproportionately limiting freedom of expression, remains a challenge.

Despite a politically polluted media environment, the report praises the legal framework on the protection of journalists, as it was “improved thanks to the adoption of amendments to the Criminal Code laying down more stringent penalties against attacks and threats against journalists and obstructing or preventing them from performing their work”. Where concern arises – and this is symptomatic for the system as a whole – is the lack of effective judicial follow-up on important old cases.

European integration is probably the only issue around which there is a consensus of all political actors in the country. However, in the context in which political monopolies are collapsing and the playing field is becoming fragmented and thus more competitive, narrow partisan interests have the tendency to obstruct even those shared strategic objectives.

For instance, despite declarative dedication to political reforms from all parties, the report claims “no progress with regard to a comprehensive reform of the electoral, legal and institutional framework”. To make things worse, the new parliamentary majority “adopted amendments to the Law on Local Self-Government allowing to hold all remaining 2022 local elections on the same day” – a move that was deemed as unconstitutional by the Constitutional Court.

While the report has a “not great, not terrible” vibe, it does show the way forward, where the focus should be in the coming period, leaving no room for multiple interpretations from different actors. However, the final step in this direction requires not only the determination of the executive and the autonomy of the judiciary, but also the maturity of the legislature.

[EWB Interview] Tocci: It is up to supporters of enlargement to win...

EU-Kosovo Stabilisation and Association agreement gets all clear 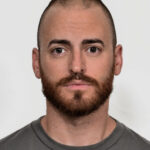