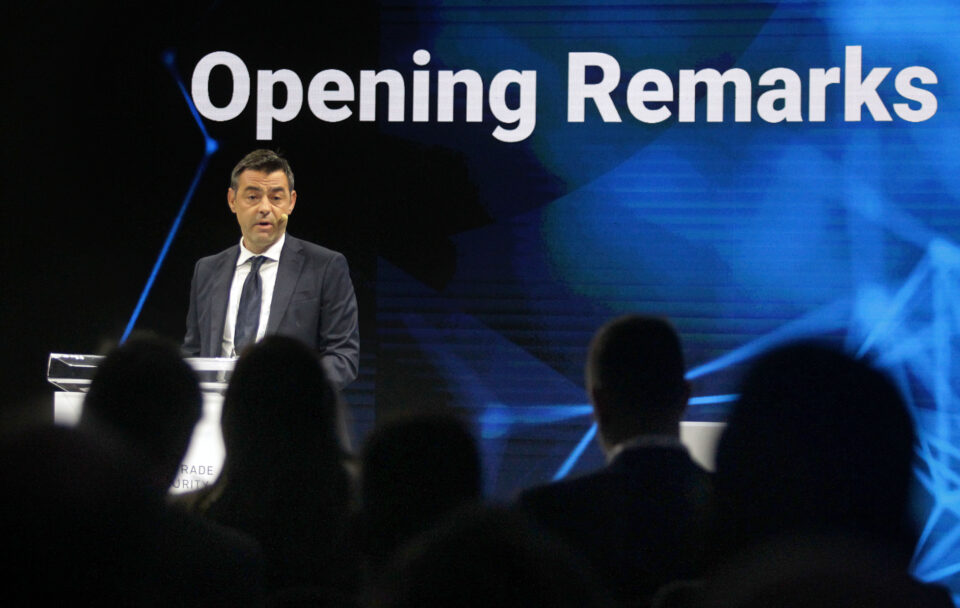 BELGRADE — Belgrade Security Conference (BSC), organised by the Belgrade Center for Security Policy (BCSP), started today on 27 October with an opening ceremony held at the Hyatt Hotel. This is the first edition of BSC, which succeeded the Belgrade Security Forum as the biggest high-level security and foreign policy conference in the Western Balkans. The Conference will last two days, during which over 400 participants will discuss the most pressing security issues of today.

These issues include the war in Ukraine, EU enlargement strategy and the Western Balkans, the Belgrade-Priština dialogue, but also cybersecurity, human dimension of security, organized crime and green energy transition. Over 50 speakers will participate in 15 panels during these two days in Belgrade.

Amanda Coakley, an award-winning Central Europe Correspondent, opened the conference by announcing a short documentary about the life and work of Vojin Dimitrijević, the late Belgrade-based human rights activist and international law expert, whom this year’s Conference is dedicated to.

Director of the BCSP, Igor Bandović, welcomed the participants and said that Belgrade Security Conference is needed in Serbia and the Western Balkans because it presents an “honest, eye-opening perspective.”

He reminded that the focus of this year’s conference is the war in Ukraine, against which “all challenges in the Balkans become obsolete.”

“Authoritarianism is the same in all parts of the world. In its final stage, it will lead to war and suffering of innocent people. With this in mind, we compiled the programme focusing on authoritarianism as a cause of war. This is why we invited human rights defenders from Belarus, Ukraine and Russia. We admire their struggle for democracy and freedom, which is the same reason we dedicated this conference to Vojin Dimitrijević,” Bandović concluded.

Srđan Cvijić, President of the International Advisory Committee of the BCSP, announced the speech by Nobel Peace Prize Winners. He reminded that the anti-west narrative prevailing in the Serbian media confuses people, which is the reason why the unofficial motto of this year’s Belgrade Security Conference is “Duty to listen to the other side.”

Oleksandra Matviychuk, Head of the Ukraine-based Center for Civil Liberties and one of this year’s Nobel Peace Prize Winners spoke on the situation in Ukraine and the challenge to global security this war has imposed. She said that the “whole system of peace and security has failed to stop Russian atrocities.”

“Militaries are speaking now because civil society voices were not heard before. We were maybe heard by UN HRC, but not in the rooms where decisions are made by people in power. If we don’t want to live in the world where those with the biggest military have the most power, then the voices of civil society must be heard,” Matviychuk warned.

The participants were also addressed by Uladzimir Vialichkin from Viasna, the Human Rights organization from Belarus whose jailed leader Ales Bialitski is another 2022 Nobel Peace Prize laureate. Vialichkin named all Viasna members who are currently serving long sentences in Belarus as political prisoners or are under arrest and awaiting trial. He shared an alarming piece of information — since August 2020, over 11000 cases were started against Human Rights activists in Belarus.

Russian Human Rights activist Anastasia Garina offered a perspective from Moscow. She is the Executive Director of the Memorial Human Rights Center, an organization which was awarded the Nobel Peace Prize, but which was also liquidated by a court decision in Russia. Garina warned that what happened in Russia was a long process that activists weren’t able to resist.