Serbia’s road to the EU has lasted for more than 20 years. In the previous two decades, governments changed and defined different strategies for developing the state, but the commitment to EU membership was a constant and something that all the governments aspired to since the democratic changes at the beginning of the 21st century. Serbia’s pace of accession to the European family of nations all these years has been significantly slower than is usual for countries that strive for EU accession, partly due to open problems from the past and war history, and partly due to difficulties in negotiations with Pristina and geopolitical circumstances that, if the assessments of current officials are to be believed, were never in favor of Serbia. What, however, has been deliberately neglected by the Serbian authorities all these years is the rule of law, an issue on which, it seems, Brussels insists with the same passion as Belgrade tries to ignore it.

Countless times in the last few months, we could hear that Serbia will become a member of the EU practically at the same moment when it accepts the solution regarding the status of Kosovo and when it imposes sanctions on Russia. Moreover, we could hear that Serbia has long been at the European level according to many parameters and that in some areas we are even ahead of the Member States of the EU. The issue of the rule of law is rarely mentioned, except for a couple of conventional statements by state officials in the company of EU representatives. Why is it so?

Vladimir Međak, member of the Executive Board of the European Movement in Serbia, explains that topics like Kosovo are very simple and that one can easily focus on them, unlike those related to the rule of law.

“Anyone can be a great patriot while shouting about not giving Kosovo, and no one can say: ‘Hey, I don’t allow control of my finances.’ That’s the bottom line. Here, the government and every public position are seen as prey, because at the start one thinks about how taking that prey will bring them financial benefits”, he points out.

A problem that has been neglected for years

We can point on the fingers of one hand officials who have been sanctioned for failures in their work or for corrupt actions. The citizens of Serbia have accepted the reality in which a politician’s position protects him from consequences and responsibility, while some politicians, on the other hand, consciously went beyond the scope of their functions, knowing that they cannot be punished for it. Thus, corruption practically became a normal phenomenon in Serbia, and one of the key problems within the package called the rule of law.

Basically, the rule of law and the achievement of European standards in this area means that future EU citizens will be protected from abuse of power by people in power. This is precisely why our interlocutor, MEP from the Greens, Viola von Cramon, describes the rule of law as the foundation and backbone of the European Union. Speaking about Serbia’s progress in this area, she states that certain advances have been made, but that, on the other hand, certain problems are persistently ignored.

“Although there has been some progress, including constitutional amendments to ensure the independence of the judiciary, we still have a largely captured judiciary and a backsliding of the rule of law in many areas. Look at how strategically important disputes are going – there is no judicial epilogue to Savamala, no valid prosecution in the case of Jovanjica and Krušik, no respect for the judgments of international courts such as those concerning the International Criminal Tribunal for the former Yugoslavia, and at the same time we have interference in the processes related to organized crime,” she explains.

On the other hand, Vladimir Međak says that the enlargement of the European Union is now being considered in a different context, which implies sectoral accession.

“Therefore, full membership is only possible if someone fulfills all the requirements. This means that a country becomes a full member when its standards in the rule of law, and the fight against corruption and organized crime reach the European level. Serbia could, if it resolves the issue of Kosovo and the issue of sanctions against Russia, enter some kind of ‘membership path’, where expansion would be done in several steps, but full membership, which the other member states have, with all rights and obligations, is difficult to imagine without fully reaching the standards in the area of ​​the rule of law”, emphasizes Međak.

He notes that because of this, the functioning of democratic institutions appears for the first time as a specially defined criterion for joining the EU.

“This appears to be because in previous waves of expansion it was taken for granted that such institutions already existed. Now, it becomes a completely new criterion, on par with the independence of the judiciary, the fight against corruption and organized crime. It becomes a new criterion that is specially monitored. Not only is it impossible to move towards the EU without it, but it is given special importance because it has been noticed that such democratic institutions do not exist”, underlines Međak.

Captured institutions and captured media spoil the image of Serbia

Even though the state formally gave up on media ownership, this did not reflect on media pluralism in the country. On the contrary, government officials continue to influence the content of what the media publish, and independent journalists experience pressure, threats, and physical attacks, often from groups and individuals connected to the government.

The fact that the situation is worrisome is also warned by von Cramon, who states that Serbia is by far the worst in this area in the Western Balkans.

“The pressure on independent journalists is enormous, and state interference is ubiquitous. There is no democracy without freedom of the press and expression, and the EU must strengthen its efforts to preserve and support free media in the country”, emphasizes our interlocutor.

An additional problem is that the constitutional principle of division of powers has been violated in Serbia, warns Vladimir Međak.

After the end of the presidential elections in 2017, the Government of Serbia is in a subordinate position in relation to the President of the Republic, which, according to Međak, is heartbreaking, given that it is a civilizational asset from the 19th century.

“We entered the negotiations with the story that the judiciary must become independent from the two political branches of government. However, in the meantime, we have come to a situation where even the legislative power is no longer a power as such. Thus, the Government of Serbia, which according to the Constitution is the strongest body, with the most power, became an executive body in the hands of the President of the state, who according to the same Constitution has absolutely no powers. As for the rule of law as such, defined within the negotiations, in 2022 we got the same grade as in 2015. On a scale of 1 to 5, our grade appears to be 2.2,” says Međak.

He explains that Serbia received a score of 2 in all areas, except in the area of ​​state administration reform.

“Not to mention the fact that for five or six years, things are being done against the law. It’s not even that we have not made progress, but those things that were done well, in the period from 2012 to 2014, we started to do in the wrong way somehow. Serbia did change the Constitution, i.e. the provisions on the independence of the judiciary, but unfortunately, even those provisions will not contribute to solving problems, because we need the independence of the judiciary in order to enable the fight against corruption and organized crime. This kind of reform of the judiciary will not make that possible, because it requires those who should be controlled to give permission to be controlled by someone else. As long as the person who is the subject of control decides who will control them, we will not have results”, underlines Međak.

In her inaugural speech, the old-new Prime Minister of Serbia Ana Brnabić stated that the representatives of the authorities in Serbia “were hearing for a long time that the most important thing for our integration is to make significant progress in the area of ​​the rule of law”. She added that they now completely understand the messages from the EU stating that further progress depends on two issues.

“First – are we going to align with the Common Foreign and Security Policy of the EU, that is, are we going to introduce sanctions against Russia; secondly, how quickly and in what way is it possible to reach a final agreement on normalization with Pristina”, said the Prime Minister of Serbia.

Are the unresolved status of Kosovo and non-compliance with the European Union’s foreign policy really the only obstacles on Serbia’s path to the European Union, and can Serbia, if it resolves these two issues, count on full membership in the EU? If you ask Viola von Cramon – the answer is no.

“To answer simply – no. We can compromise on certain standards before joining the EU, as we have done with some countries that have had transitional arrangements for certain areas where EU standards are not met, such as transport or the environment. But when it comes to the rule of law, the answer is absolutely no. It is a condition without which no new country will join the European club”, she emphasizes.

Kosovo and the harmonization of foreign policy remain important topics, but Von Cramon points out that it is not the only focus of the administration in Brussels.

“The European Commission report emphasizes domestic reforms, and they will indeed be in our focus. It will really be the key to entering the EU, and thus to the rule of law, democratic and media freedom, and the fight against endemic corruption. I see these three areas as domestically crucial, in which Serbia has regressed or made no progress in recent years since the SNS has been in power. So, of course, dialogue with Pristina and alignment with the Union’s foreign policy are important, but they cannot replace domestic reforms. The citizens of Serbia should feel what EU standards mean in practice, in everyday life”, concludes our interlocutor. 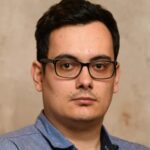