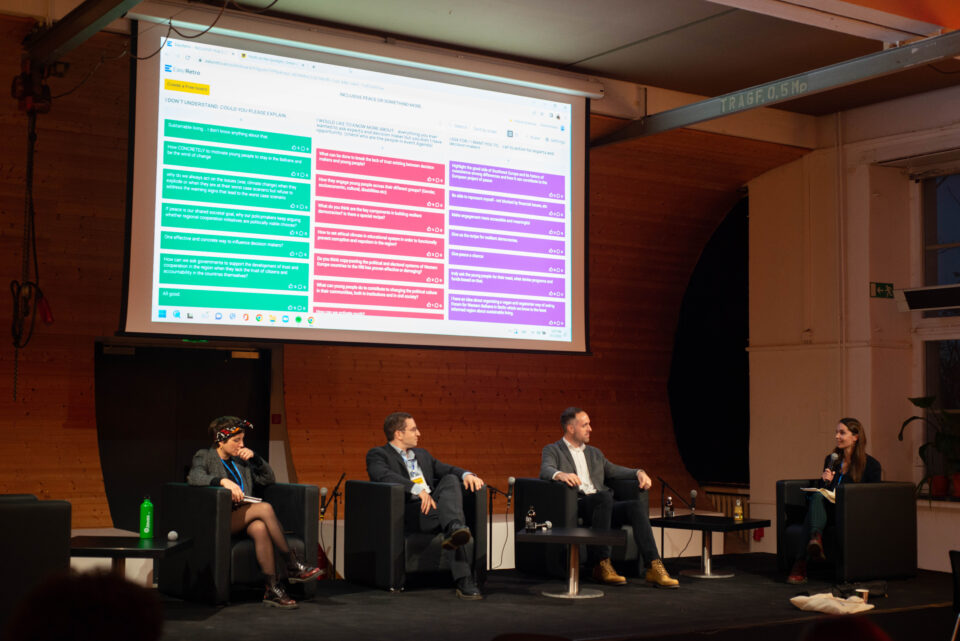 BERLIN — Building sustainable peace, fighting for the climate justice or creating resilient democracies won’t be possible without the contribution of the youth, but it is up to young people to demonstrate a strong will and use their specific power to make radical changes in their own societies, as was concluded by the panelists during the panel We remember better days at the Western Balkans Youth Forum 2022.

The second day of the Youth Forum brought the opportunity for participants to understand and reflect upon the role of the youth in areas such as democracy, environment, security and peace building. During this panel, the experts from these areas also provided their perception of the key issues in the region and what are the unique contributions the youth can make in finding the solutions to the most pressing issues of today.

The young people are now facing different challenges than their grandparents, but they also must find different ways to respond to them, even though the problems they face might seem overwhelming. As Marigona Shabiu from the Youth Initiative from Human Rights (YIHR), who moderated the panel, summed the message up, young people should continue to “be loud and disrupt the system, because they have made changes so far and they can continue to make changes.”

Jasmin Hasić, Executive Director of Humanity in Action, talked about building resilient democracies in the Western Balkans and the key challenges the societies face on that path. What Western Balkan societies have in common is the lack of political will to improve the situation which results in stabilocracy and the lack of local ownership, because “none of the governments in the Western Balkans believe that they hold power,” but rather rely on third stakeholders such as the EU to “bring the solution.” Other important components of resilient democracies according to Hasić are the development of social trust and the legitimacy the governing elites have.

How these challenges in building resilient democracy relate to the youth in the Western Balkans? Hasić identified several ways in which these shortcomings manifest in the lives of young people in the Balkans and how they affect their ability to take more ownership of their future in their societies. Besides that fact that the youth identity is “the only identity you grow out of” which means that the “drive to help young people is diminishing” with age, another issue is the lack of understanding of the political elites for the issues young people face due to the fact that they might decide to emigrate. From the perspective of young people, there is something Hasić called “the biological life-cycle of disappointment.”

“What is the biological life-cycle of disappointment? It’s the actual truth when you realize nothing is going to change during your lifetime in the country where you live and then you decide to flee, to abandon the ship. This is in each one of us. Very few people in our countries are willing to sacrifice their biological needs and their biological prosperity in any sense possible to fight for the societies we live in,” Hasić explained.

Filip Ejdus, Associate Professor at the Faculty of Political Science of the University of Belgrade, explained the importance of including youth — as well as other marginalized groups — in the process of building inclusive peace and inclusive security. However, he warned that this participation should not come down to tokenization of youth, which would happen if we try to include the youth in the existing systems without critically assessing these systems and the need to change them.

“Young people now tend to be realistic, pragmatic and ready to make compromise with the way that the world is. This is something that needs to be overcome. The young people have the power to imagine alternative world order and to question everything from the very fundamental point of view. This emancipatory drive and power of imagination that usually resides with young people — that’s where the biggest potential of the youth lies. The young people should relearn the language of idealism of their grandparents, so we can go beyond tokenistic narratives of youth participating in existing systems,” Ejdus pointed out.

One of the topics young people are the most passionate about is sustainability, on which Benedetta Scuderi from the Federation of Young European Greens elaborated. She explained that achieving sustainability goes far beyond the implementation of green policies and caring for the environment.

In order to achieve this, we need collaboration and cooperation, but that is only possible if we have peace, Scuderi explained. She said that the advantage of young people is that they are not only “more prone to collaboration,” but they are also “more prone to change and less used to the existing socioeconomic system.” 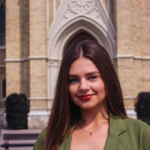