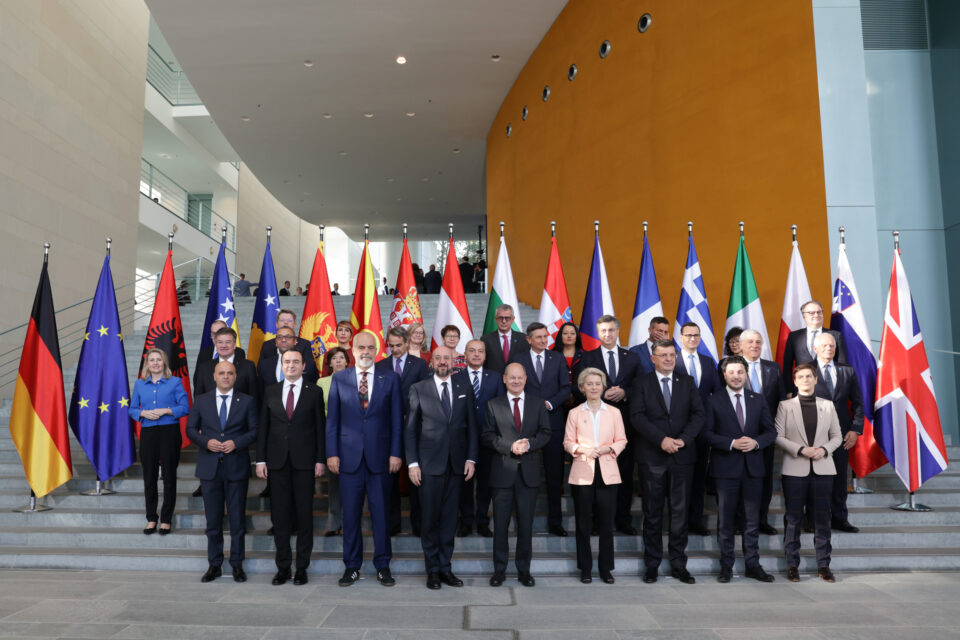 The leaders of the six countries of the Western Balkans have signed in Berlin the agreement on the mutual recognition of identity cards, which provides for free movement, and recognition of university degrees and professional qualifications. Thus, a step forward was made toward the creation of the Common Regional Market (CRM).

In practice, this should mean that in the future, only an ID card will be required to travel between the countries of the region. The agreement will mean the most to the Kosovo and Bosnia and Herzegovina citizens, who had a visa regime until now. The agreement should also bring progress in freedom of movement between Serbia and Kosovo, because Kosovo prohibits the use of Serbian identity cards for citizens residing in Kosovo, while Serbia prohibits citizens with Kosovo identity cards from entering all border crossings.

As for diplomas, the countries of the region will adopt common rules and procedures for the recognition of university qualifications. Thus, it will take only 14 days for diplomas to be recognized, and students will not bear the costs of certification. All this should enable greater mobility of students and academic staff.

The third agreement, which involves the recognition of professional qualifications, will facilitate the freedom of labor movement and employment for certain professions such as doctors, dentists and architects. As explained today during the summit, this agreement is the basis for negotiations on other professions as well.

Ardian Hackaj, Director of Research at the Cooperation and Development Institute (CDI) says for European Western Balkans that signatures of the three agreements are significant because they showed the need that the region has for strong political will, especially when it comes from powerful European countries.

„The commitment and persistence of Germany produced results. It showed that it is possible of signing agreements in six and not only in three, or less countries. It demonstrated the importance of RCC in preparing the technical dossiers as well as pushing them through the political decision-making layers in the region and Majlinda Bregu and her staff have done a very good job“, assesses Hackaj.

According to him, freedom of movement is key for the CRM – it is even more relevant as its impact will be felt directly by Western Balkans citizens.

New momentum to the Berlin process

There is no longer any doubt that the new authorities in Germany are committed to the Berlin Process initiated by Angela Merkel to connect and integrate the countries of the Western Balkans before joining the European Union.

Although the process has visibly stagnated in recent years, partly because of the coronavirus, and partly because of Berlin’s less focus on the region, what has been created so far within this initiative is more than in the previous 50 that were launched from the 2000s.

The abolition of roaming, the Energy Community, the Transport Community, RYCO, the joint Chamber of Commerce, and “green corridors” that enabled the free flow of goods by trucks during the pandemic are just some of the concrete benefits of regional cooperation within the Berlin Process.

The culmination of all the processes, which have been worked on since 2014, should have happened in July of last year with the signing of the agreements that have been signed now. The German Government, then led by Angela Merkel, has yet to answer where it got stuck, as well as who blocked the agreement on the creation of the CRM.

Ardian Hackaj explains for EWB that the Free Movement of 3rd parties agreement is still under technical preparation by RCC.

In contrast, the three signed ones were “technically complete”, adding that the signature in 2021 was delayed due to the political will of the signing parties.

He assesses that Chancellor Scholz has the considerable merit of keeping Western Balkans in the focus of his administration.

“This resulted in the intensification of German engagement in the region through the injection of a strong political will as well as assuring an almost permanent presence on the ground through the appointment of the Special Envoy, Sarrazin. It is this very clear political push accompanied by a lot of ground-work that was key to obtaining those good results of today”, he believes.

What will be with the Open Balkan?

Even though all the leaders of the Western Balkans in Sofia in 2020, by signing the Action Plan for the creation of the CMR, undertook to work on its creation, North Macedonia, Serbia and Albania intensified their activities regarding the Open Balkan (OB) in the previous period.

Not all countries in the region are interested in cooperation within the framework of the Open Balkans, which has the same goal as the CRM.

Despite the aggressive media promotion of this initiative, there are few results achieved in practice. Apart from the signed memorandums, there are still no concrete agreements and action plans for the implementation of what was agreed upon in the memorandums.

Ardijan Hackaj believes that the Open Balkan has the un-contested merit of bringing back relevant Western attention to the Balkans without resorting to war.

“The local political will and resulting ownership generated by OB, conditions and supports the implementation phase of the CRM initiatives. After all, he believes that RCC prepares the technical dossiers for the regional cooperation initiatives, whatever name-tag we may put on them.

Hackaj assesses that the next challenge will be the adoption of the national legal framework and implementation of those three agreements. “To mobilize the support of the WB6 population, WB civil society organizations must be partners during the implementation phase”, Hackaj concludes.

Policy Brief: Environmental degradation is an alarming problem in the Western Balkans