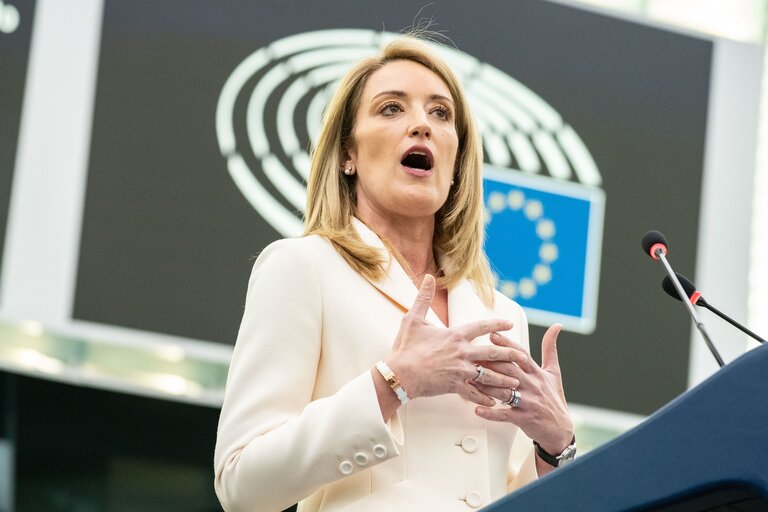 ZAGREB – The President of the European Parliament, Roberta Metsola, told N1 Zagreb that the talks with Serbia regarding imposing sanctions against Russia “were clear”.

“Every country that wants to join the EU must fully comply with the sanctions that we have introduced against the most brutal regime”, Metsola said, referring to Serbia as the only country in the region that did not align with the EU sanctions. According to Metsola, the EU “will not stop” with proportional response to Russia “until Ukraine wins”.

Speaking about the perspective of countries that want EU membership, she said that the Western Balkans should receive a strong signal from the EU.

“Young people from those countries were hungry for the EU, and we looked away despite the risk of them turning the other way. I want the Western Balkans to receive a strong signal. The EU is at a crossroads and Europe is needed more than ever,” said Roberta Metsola.

She added that she agrees with the candidate status for Bosnia and Herzegovina and supports the liberalization of the visa regime for Kosovo.

“It is a shame that some countries are treated differently than others. I want the institutions and member states, especially those in the waiting room for a long time, to be allies,” Metsola concluded.

How to capitalise on the relative success of the Berlin Process

Vučič and Kurti separately with Borrell and Macron in Paris

Stoltenberg with Vučić: Alliance committed to peace in the Western Balkans