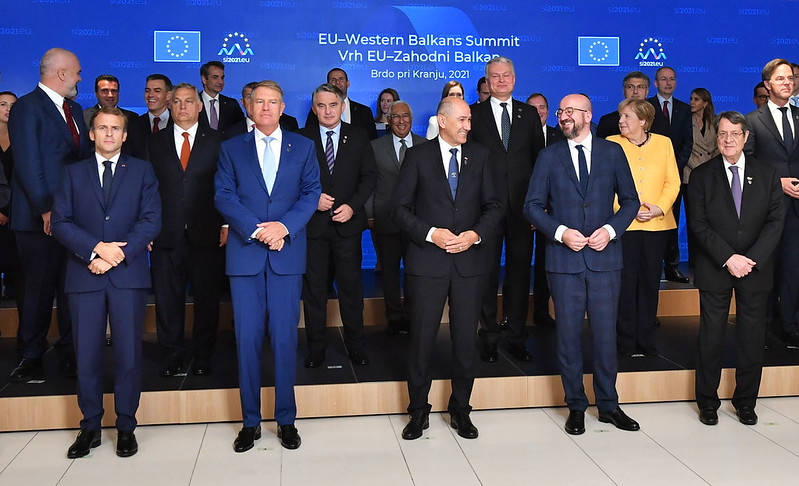 In the prepared declaration, on which EU leaders agree, it is emphasized that there must be an accelerated process leading to the membership of partners in the EU region. According to the draft declaration, this necessarily includes strengthening the rule of law, combating corruption and organized crime, and strengthening media freedom. However, it is still unclear how the “gradual integration” mentioned in the draft declaration could look in practice.

EU officials announced before the Summit that an agreement is expected to be signed on reducing roaming traffic between the region and the EU, which should gradually lead to the final abolition of roaming. EU also prepared the implementation of the EU plan to stimulate the economic recovery and strengthening of the region, which includes nin billion euros in pre-accession aid and 20 billion euros in private and international financial investments. In addition, tomorrow in Tirana, it will confirm the decision to include Western Balkans in the joint platform for energy procurement.

The draft declaration also states that harmonizing the foreign policy of partners in the region with the foreign and security policy of the EU, including sanctions against Russia, is now even more important in the context of Russian aggression against Ukraine.

Serbia is the only candidate country for membership from the region that did not comply with the European Union’s sanctions against Russia, whose presence at this Summit is still uncertain. After the initial announcement by the President of Serbia that due to the EU’s reaction to the events in the relations between Pristina and Belgrade, no one will go to Tirana, the final decision should be announced on Monday after the meeting between President Vučić and Miroslav Lajčak.

Srđan Cvijić, Chairman of the International Advisory Committee of the Belgrade Center for Security Policy (BCSP) and a member of BiEPAG, tells European Western Balkans that the regime in Belgrade “shows for the umpteenth time that it truly does not want Serbia’s membership in the EU”.

“As an EU candidate country, Serbia is neither in a position to threaten nor should it do so because it is not in its national interest. Although Serbia is formally on the path to European integration, the regime has shown time and time again that it truly does not want Serbia’s membership in the EU,” says Cvijić.

According to him, the leaders of the EU and the Western Balkans will adopt a joint declaration in Tirana, among other things, on Russian aggression against Ukraine, and perhaps the real reason for Vučić’s “change of mind” is to go to the capital of Albania, to show Russia that he is going to this summit, but unwillingly.

Answering why it is important that Serbia has its representative on Tuesday, Srđan Cvijić reminds that this is the first time the summit is held in the region and not in one of the EU member states.

“The symbolic importance of such a summit is great. With it, the EU wants to show that the region’s future is in the EU. In addition to significant financial assistance to the countries of the Western Balkans to alleviate the consequences of the energy crisis and the crisis of food shortages, the summit will discuss the gradual abolition of roaming between the region and the EU, gradual integration into the EU market and many other matters of vital interest to the citizens of the Western Balkans”, explains Cvijić.

Ivana Jordanovska, says for EWB that focus will be put on the most pressing questions, such as food security, security and foreign policy, in addition to energy.

„I do hope that the EU will continue to facilitate finding, but even more importantlu implementing common solutions for common problems. The Western Balkan countries need to work together to resolve issues such as energy insecurity and environmental issues“, believes Jordanovska, adding that environmental concerns my get the short stick again.

This year, unlike the previous ones, there were no disagreements among the member states as to whether the text of the declaration should state that full membership of the Western Balkans region is the final goal of the enlargement process. Many believe that the war in Ukraine has once again put the issue of enlargement high on the agenda of the European Union, which is trying to revive this policy as an instrument of its foreign policy.

Jordanovska assessess that we are still experiencing the sense of urgency and importace of enlargement, in the context caused by the war in Ukraine.

„However, I don’t think that this is something that will last. As soon as the war is over, and without any unexpected disturbances, I think that we are poised to go back to the well-known enlargement skepticism. Structurally, not much has changed that would imbue EU citizens with a greater enthusiasm for our accession. And I don’t see major enlargement pioneers among the key political leaders of the EU member states“, Jordanovska urges.

Speaking about perspective of North Macedonia, she assesses that Skopje comes with a greater entusiasm for the accession proces now, as compared to last year Brdo Summit.

„However, I also believe that no one is delusional about how hard and uphill the accession process will be. After years of focusing on the foreign policy agenda, the government led by SDSM is facing a very difficult period. The accession process will have to take a backseat domestically if there is any hope for SDSM winning the elections in 2024“, says Jordanovska.

She concludes that the best thing they can work for at this Summit is increased multilateral and bilateral support to tackle the rising inflation, energy and food insecurity and ease up the mounting pressure on our citizens back home.