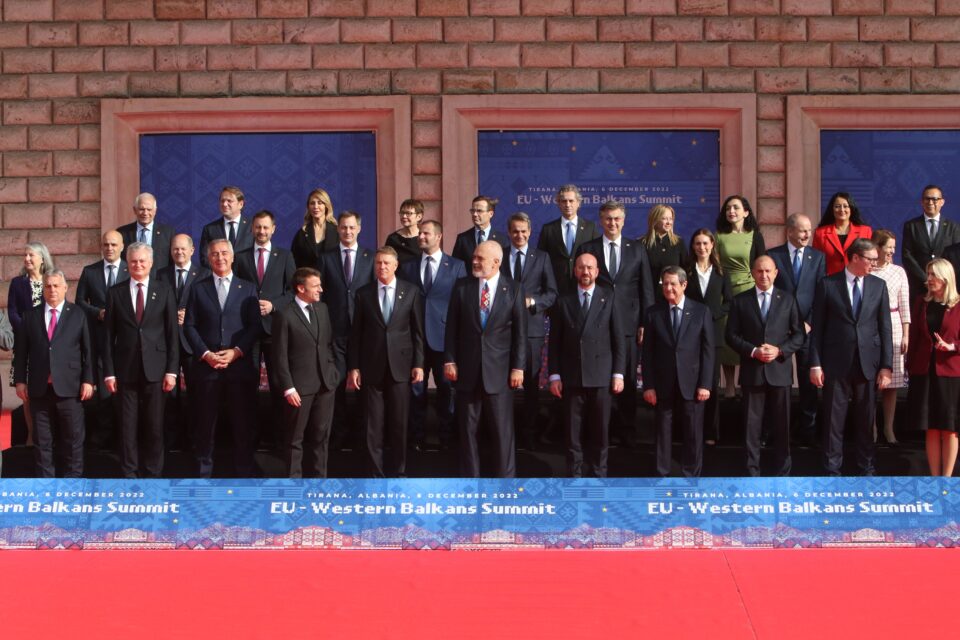 This is first time one of the countries of the region hosted the Summit. War in Ukraine, migration and energy were among the issues on the agenda. Ahead of the high-level leaders’ meeting, telecom operators from the region and the EU signed a Declaration on the first voluntary lowering of roaming charges, which should begin on 1 October 2023.

At the press conference which followed the signing of the Declaration, President of the European Council Charles Michel emphasized the historic importance of the Summit and praised the roaming declaration signed ahead of the high-level meeting, which should be fully implemented by 2027.

Michel said that the Declaration signed in Tirana is “a really important statement because it contains some concrete commitments that are additional to accession process.” Despite being held in these difficult times, the meeting in Tirana showed that the Western Balkans and the EU “are looking at a future of shared values.”

President of the European Council stated that the future of the EU will be safer and better with the Western Balkans in the EU, but that there is still a number of commitments to be fulfilled on both sides. Michel emphasized the importance of Western Balkan partners stepping up on the rule of law, media freedom and fight against corruption, while the EU should clearly demonstrate “true commitment” to the enlargement.

Michel also talked about migration, which he described as a “sensitive and difficult topic.” He stressed the importance of cooperation with Western Balkans countries in managing the recent increase of illegal migration.

“Concrete and operational coop with Western Balkan countries is fundamental in managing migration. We were able to make progress with visa alignment, which a step in the right direction,” Michel said.

Edi Rama, Prime Minister of Albania and the host of this edition of the EU-Western Balkans Summit, used this opportunity to thank “loyal and committed friends of the region.”

“We have never had another President of Council and President of the Commission who have been so resolute to advocate for the region, to push for the region and to make sure that the process, which we know is very difficult in itself, does not die in agony,” Rama pointed out.

He described the fact the Summit is held in one of the countries of the region for the first time as a sign of EU’s awareness of the importance of the region, but also as a sign of appreciation for Albania and its commitment to peace and stability in the Western Balkans.

“We had our difficult moments, but we never gave up on the EU. This is not the end of our way towards the EU, but it is a step forward,” Rama stated.

Albanian Prime Minister also highlighted the importance of energy support package which will help the region “distance from Russian influence.”

President of the European Commission Ursula von der Leyen, said that the EU-Western Balkans Summit is a “very clear message of unity” and a “summit of partnerships with trustful discussions.”

She expressed the EU’s commitment to address the problems stemming from the Russia’s aggression on Ukraine together with its partners in the region, as demonstrated by the 1 billion Euros worth support package the EU is providing to the region in tackling energy crisis.

Von der Leyen reassured of the Commission’s “wholehearted support for enlargement” and repeated the significance of North Macedonia and Albania starting their accession negotiations.

“We are investing massively in renewables hoping that in the close future we will be in one union and use the same renewable infrastructure that we are building now,” Von der Leyen stated.

President of the Commission also praised the latest results of the Berlin Process and said that the three mobility agreements signed by the Western Balkan leaders in Berlin will make traveling, working and studying easier for citizens of the region.