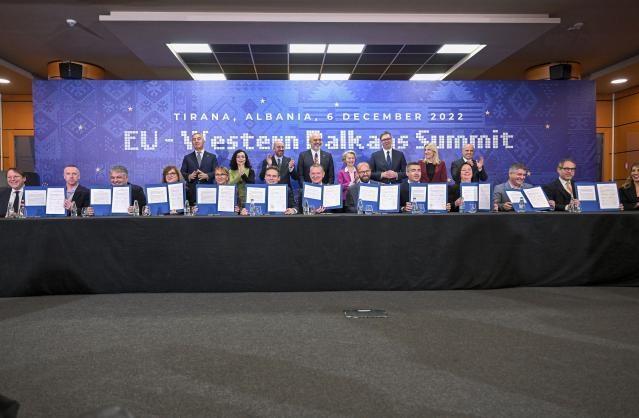 Starting from 1 October 2023, the declaration will enable lower roaming prices for communication between the region and the EU.

Roaming charges among the six Western Balkan countries have previously been abolished in July 2021, according to the Regional Roaming Agreement signed within the framework of the Berlin Process.

In their statement ahead of the Tirana Summit, Regional Cooperation Council (RCC) explained that lower roaming costs between the Western Balkans and the EU will provide incentives for business and for tourism, as they reflected upon the positive results of the regional roaming agreement.

RCC also drew attention to their close cooperation with the European Commission, operators from the EU and the Western Balkans leaders in fostering the agreement on lower roaming charges.

In November, more than 80 members of European Parliament signed a letter to the Commission President Ursula von der Leyen asking the Commission to expand the European Free Roaming Area to the Western Balkans six as well.

RCC: A Declaration on lower roaming costs to be signed at the EU-Western Balkans Summit

Osmani: Kosovo will submit candidacy for EU membership by the end of the year