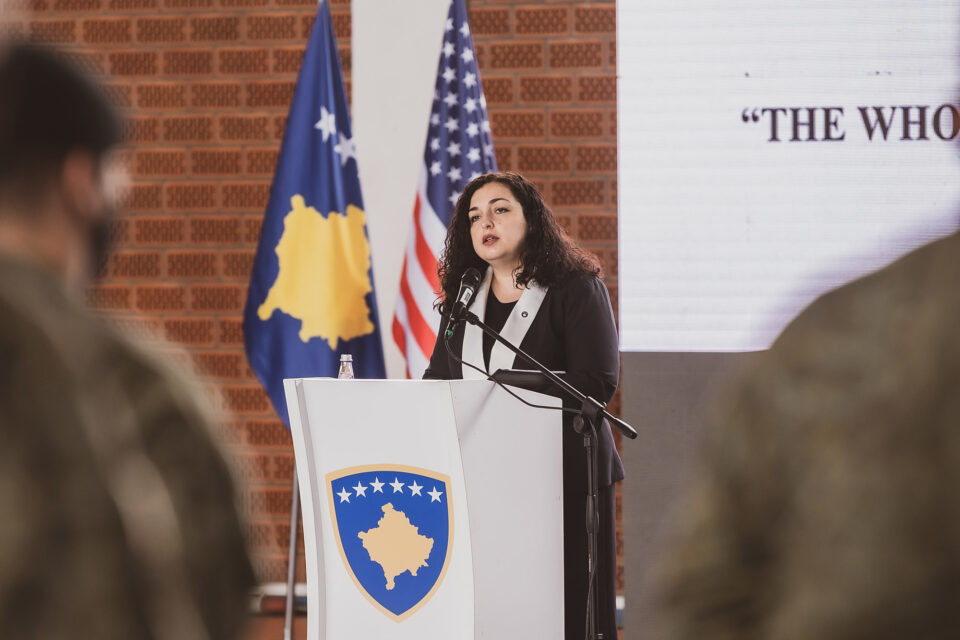 TIRANA – Kosovo President Vjosa Osmani announced today that Kosovo will submit a candidacy for EU membership by the end of the year, indicating that the EU-Western Balkans summit is not the place for negotiations between Kosovo and Serbia, rejecting the possibility of meeting with Serbian President Aleksandar Vučić, FoNet reported.

“This is a meeting of the EU and the countries of the Western Balkans, this is not the place for dialogue and negotiations between Kosovo and Serbia. It is a separate process, with the mediation of the EU”, she told reporters in Tirana before the start of the summit. Osmani added that it is a process that should center on mutual recognition and preservation of Kosovo’s integrity and sovereignty and the constitutional order.

According to her, it is also necessary for the EU to start with words and deeds, especially regarding visa liberalization for Kosovo. Osmani believes that the EU should distinguish between countries fully aligned with its policy and those on Russia’s side.

“It should matter whether you are on the side of Ukraine or Russia. Being on the right side of history is the least that is expected of us”, said Osmani.