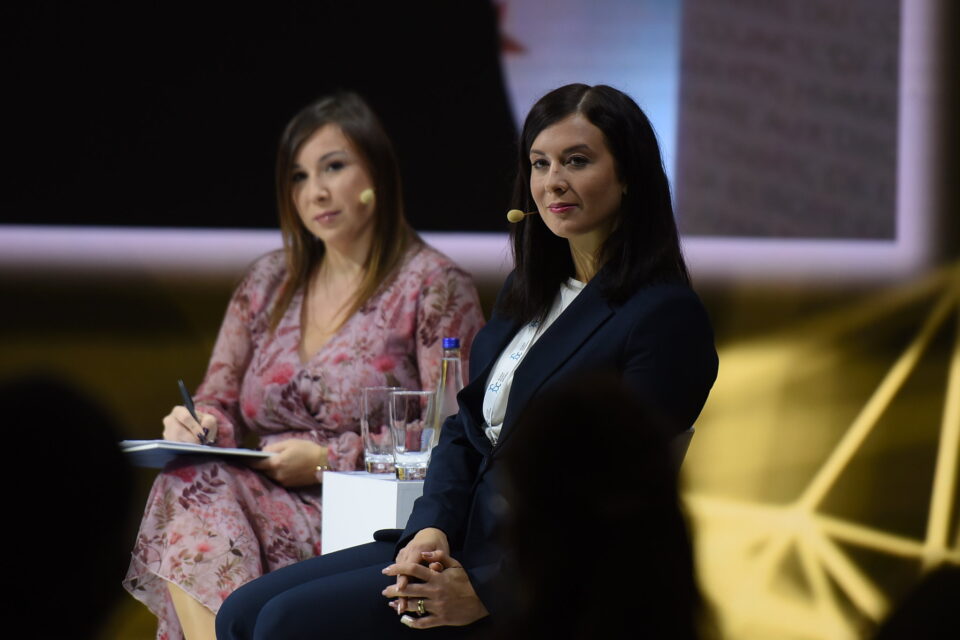 This is not the first time that members of the European Parliament have demanded an investigation against the Hungarian Commissioner. In January of this year, they requested this because of Várhelyi’s influence in Bosnia and Herzegovina and his ties to Bosnian Serb leader Milorad Dodik.

EWB: The EC has published reports for the countries of the Western Balkans. The general impression is that in the majority of the WB countries, there are too many problems, especially in the area of the rule of law and human rights. How do you assess the state of the rule of law in the region?

Katalin Cseh: Before I’d go on to say anything else, I just want to make it very clear that enlargement should be a priority for the EU.  We want the Western Balkans countries in our family. We need to provide them with a credible process, with realistic deadlines.

But unfortunately, there is a global tendency of democratic backsliding. Illiberal populists are gaining ground all across the world and the Western Balkans is among the regions where there’s a huge problem. The state of human rights and the rule of law has to be at the front and center of the enlargement process. It is very worrying that there is not enough progress made in this area despite years and years of negotiations.

The European Union has to be a club of democracies, and we need to provide enough help for every country who would like to join our family because we are stronger together. But the demands should also be there. And for Serbian citizens this is a guarantee of the aforementioned rights because this process is indeed a very effective way to gain equal acces to them. Safe standards of environmental protection, a stable country with a stable rule of law.

EWB: Many believe that Commissioner Varhelyi is particularly biased towards Serbia, due to the close relationship between Vučić and Orban. How much does it threaten the credibility of the EU in the region?

KC: There is a war going on between democracies and autocracies right now, and the EU has to be a global leader when it comes to democracy. We have to be very vocal on this issue and I think the European Commission is not doing enough, unfortunately.

And I’m afraid that this does not serve the interests of Serbian people either because, of course, it’s a very clear goal for everybody in Serbia to become an EU member state, but the conditions of accession have to be met.

All along the way, the job of Commissioner Várhelyi is to stand up for those who are being oppressed, to stand up against backsliding, and to use the influence of the European Union to help the rights of Serbian citizens in the accession process. And I think that the credibility of our entire Union depends on how we tackle these issues in countries that are our strategic partners.

EWB: How do you comment on the role of the Hungarian Goverment in the electoral process in BiH? Many believe that the citizens of Hungary directly financed Milorad Dodik’s election campaign through the so-called „Hungarian Fund“.

KC: Orbán is is losing his influence inside the EU so he tries to put together his own team of illiberal leaders in the Balkans which is a very dangerous game to play.

And regarding campaign finances, it is just absolutely baffling that if a European Commissioner gives a statement about Hungary, he screams electoral interference whereas at the same time he has absolutely no problem with Orbán practically financing Dodik’s elections campaign with such a huge amount of money.

We are talking about the region of millions of euros. So he’s applying a double standard. He is playing Russian roulette with Hungarian taxpayers’ money. And he’s also playing right into the hands of Vladimir Putin by helping in the destabilization of the region.

EWB: How do you assess now the role of Hungary in the EU enlargement process? At a time when many countries are tired of enlargement, Hungary is actively advocating for faster accession, especially of Serbia.

KC: I’m a real supporter of the EU enlargement in the European Parliament. But we need to ask one question: what should be the goal of the EU enlargement process? For me, it should be more rights, more freedoms, and more powers for every citizen in the Western Balkans. More possibilities to exercise their freedom of speech. More economic power for the people without corruption from the state.

Do you think Orbán supports that? I am not sure. He wants to expand his influence in the Western Balkans. And this is why he is meddling with shady financing deals in our neighboring countries. This is why he is cozying up to one of the autocrats nearby. By doing so, I don’t think that he has Serbian citizens’ interest in mind, because of course, Serbia needs to be a new member state, and we all share this dedication but the protection of rights and values should go hand in hand with the process of enlargement.

And this is why it’s very, worrisome that Mr. Várhelyi sometimes appears to be placing Orbán’s agenda above the agenda of the European Commission that he should be representing. He ought to be much more vocal on human rights because the EU has to be a community of values and freedoms. This is just as true for countries that are already members of the EU. Also for those who are striving to be.

EWB: Do you think that alignment with EU Foreign and Security Policy will become the center of negotiations? Is there a possibility that the rule of law will no longer be a focus?

KC: Well, the enlargement process has always been a strong geopolitical tool of the EU. This is something that is of course just as relevant now as ever, but as I said before, enlargement should also be about extending values and rights for the people of these countries who are in this process.

I do believe that the rule of law and freedom have to be an integral part of the process. However, I also do expect that every country that is in the enlargement process and is the beneficiary of European development funds, for instance the IPA funds, also have to adhere to the European Security Policy also in there. So geopolitical adherence should also be a prerequisite but this does not mean that rule of law and values are not just as important.

We really need to reform ourselves to be fit for the challenges of the day 21st century. The way how to e is functioning now is not efficient anymore. It’s slow, it’s ineffective, it’s bureaucratic so everyone would benefit from the reform. Every present and prospective EU member state.

I also believe that every citizen who hopes that democracies win the war against other threats, are interested in a more effective and more sovereign European Union that exercises its geopolitics based on the values they hold.