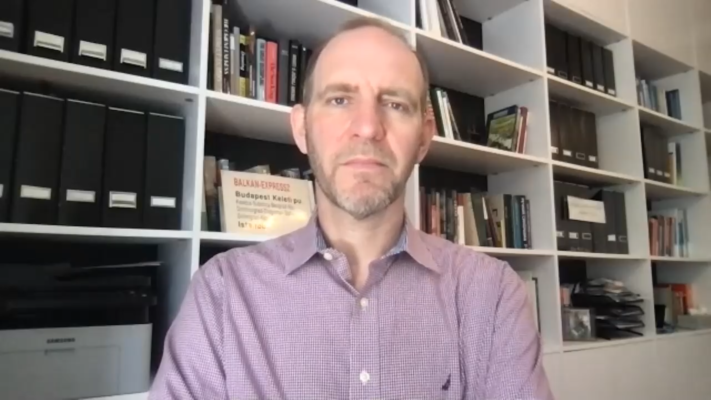 BELGRADE – The current situation in Kosovo is the worst in the last ten years, Florian Bieber, a professor at the University of Graz and a member of the Balkans in Europe Policy Advisory Group (BiEPAG), said for N1 television.

“I’m talking about the degree of hatred of Serbs towards Albanians, the harsh words that are used every day, and all of this creates an atmosphere in which it is difficult to imagine accepting any agreement that can contain the recognition of the interests of the other side,” Bieber said. He assessed that this ultimately harms the citizens of Kosovo, including the Serbs living in the north.

Bieber recalled that there had been a lot of tense situations on the Belgrade-Pristina route in the previous period but that no armed conflicts had ever occurred.

“That is why I think that the possibilities for an armed conflict are quite slight because the Serbian side knows that NATO is in Kosovo, while Pristina does not want to create a conflict. I see an escalation, but I don’t see the possibility of getting into a more serious conflict than the ones we’ve had so far,” Bieber said.

“That’s when tensions were raised. Then it’s obvious that each side, especially Serbia, is trying to raise tensions to prevent a solution or to get a better position in the negotiations”, Bieber said, adding that the current situation can still escalate into an open conflict.

Bieber assessed that th Serbian side is more responsible for the current situation.

“The position of the Government of Serbia is that the ‘status quo’ in Kosovo suits it best. Every step towards a solution is a loss for the current Serbian government. Even the formation of the Union of Serbian Municipalities would be a loss because then it would not argue that the government in Pristina is always to blame for everything. The crisis suits them to preserve the ‘status quo’ and to include the situation towards Russia in that calculation,” he concluded.

Serbia still without an Anti-corruption Strategy: Technical issue or proof of lack of political will?