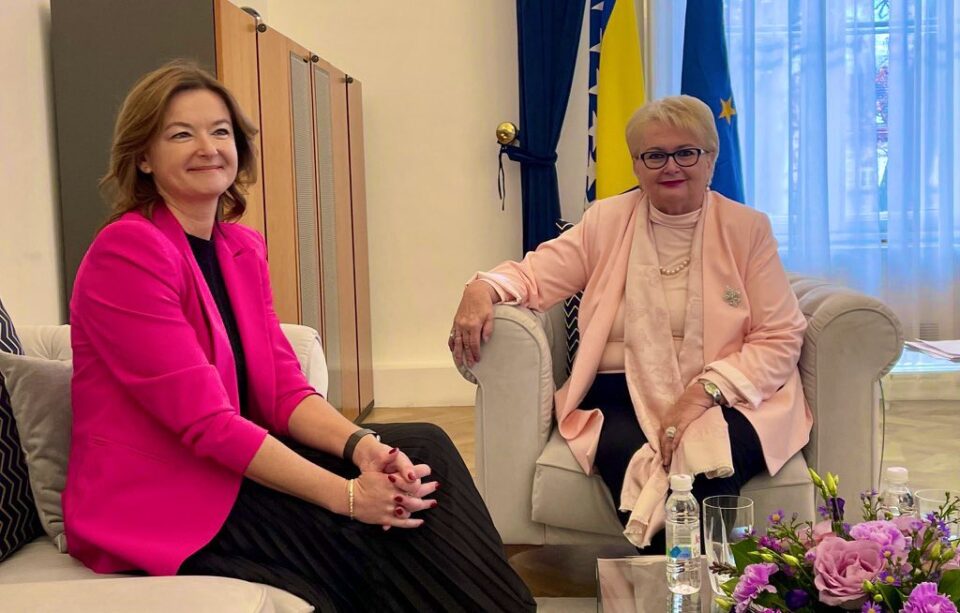 SARAJEVO — Slovenia and the EU will provide technical and political assistance to Bosnia and Herzegovina, as it continues its path towards European integration after receiving candidate status in December last year, said Slovenian Foreign Minister Tanja Fajon during a press conference with her Bosnian counterpart Bisera Turković, following the meeting of the two ministers on 13 January.

During her visit to Sarajevo, Fajon also met with the three members of the Presidency and gave a lecture about the next steps in the country’s EU integration process at the Faculty of Political Sciences in Sarajevo.

Slovenian Foreign Minister stated that enlargement to the Western Balkans is high on the list of EU’s priorities and that European unity is the necessary response to the Russian aggression on Ukraine. Fajon and Turković also shared a mutual concern about the Russian influence in Bosnia and Herzegovina, as RSE reported.

Fajon used this opportunity to remind of the importance of implementation of 14 key priorities outlined by the European Commission and promised help to Bosnia and Herzegovina in doing so.

“Slovenia extended its hand to Bosnia and Herzegovina, and it depends on you how hard you will squeeze that extended hand to Slovenia and the EU,” Fajon said, according to RSE.

Forming the Association of Serbian Municipalities is an obligation by international law, Pristina to set the procedure

Metsola: Western Balkans should receive strong signal from the EU