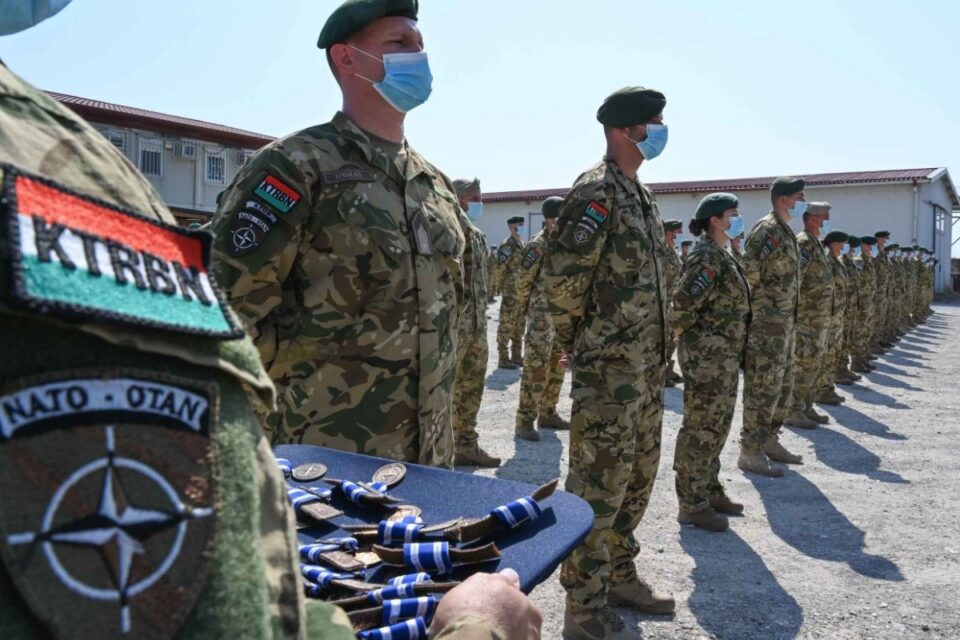 Amid the crisis in Kosovo, which culminated in the installation of barricades, the authorities in Belgrade announced on 8 December that they would send an official request to KFOR to return 1000 personnel of Serbian security forces to Kosovo. Officially the request was sent on 15 December. In this request, officials in Belgrade have referred to United Nations Security Council Resolution 1244.

That Resolution, which was adopted on 10 June 1999, approved the international, military, and civilian presence in the former Yugoslavia.

The text of the Resolution states that an agreed number of Yugoslav and Serbian personnel could be allowed to return and perform certain very concrete activities.

According to Annex 2 of this Resolution, those functions are the liaison with the international civilian mission and international security presence, clearing minefields, maintaining a presence at Serbian cultural heritage sites, and main border crossings.

However, according to the same document, whether the forces will return not is decided not by official Belgrade but by KFOR. Serbian President Aleksandar Vučić announced on 8 January that KFOR rejected the Serbian request.

Nikola Lunić, Executive Director of the Council for Strategic Policy (CfSP), points out that, according to all relevant international documents, the return of Serbian forces to Kosovo is legally possible. Still, in these geopolitical circumstances, he believes the request was unrealistic.

However, he underlines that the Serbian request is an expression of mistrust exclusively toward Pristina, “which does not work to establish inter-ethnical trust, nor is it committed to democratic postulates”.

“Serbia’s cooperation with NATO and KFOR mission represents a vital interest that is the basis of peace and stability in the region. In all crises, the alliance is of strategic importance, but it also implies a commitment to common values. That is why Serbia must, as soon as possible, underline the essence of our choice with its foreign policy orientation, consistently follow the path of integrative processes and thereby invest in the national future”, Lunić assesses.

The role of NATO mission is not policing

Even though the Serbs from the North removed the barricades, which relaxed tensions, more than two months have passed since the Serbs left all institutions in Kosovo, including the police. Thus, due to several months of suspense, a complete security vacuum was created in the north, which is only partially filled by the international missions in Kosovo.

As the EU civilian mission in Kosovo – EULEX announced at the end of the year, their increased presence on the ground can only partially fill the security vacuum. Still, that mission cannot replace the Kosovo police or any rule of law authority. According to the EU mission in Kosovo, that is why “it is essential to return to the relevant agreements resulting from the dialogue, which regulate the integration of the Kosovo police and the judiciary”.

In the first days of the crisis after the withdrawal of the Serbs from the police, called on KFOR and EULEX to fill the security vacuum and guarantee security in that part of Kosovo.

Mentor Vrajoli, from Kosovo Center for Security Studies (KCSS), explained to EWB that KFOR’s primary role is not policing and added that Kosovo Police will still have to cover when it comes to policing role and ensuring the rule of law for all citizens in all parts of Kosovo.

“Hence, the question would rather be ‘Does Kosovo Police has the capacities to ensure rule of law in the north now that Kosovo-Serb police have resigned?’. In this case I would believe that Kosovo Police to some extent has the capacity to ensure the rule of law. Its members  (regardless of their ethnicity or structure within Police) have sufficient training to ensure that they will exercise their role professionally within their legal and constitutional mandate”, said Vrajoli in December.

Nikola Lunić agrees that the competence of the police in Kosovo is closely related to the role of the EULEX, not the rule of the KFOR mission.

“Therefore, the act of withdrawal of the Serbs should have generated an urgent EULEX reaction, such as the immediate replacement of those police forces or an urgent request for the reinforcement of the EU police forces. However, unlike the KFOR mission, the ability to react quickly is not a primary feature of the EULEX mission”, says Lunić.

KFOR – the only guarantor of peace in Kosovo

Many believe that all the crises in the north of Kosovo, which have been ongoing since summer, have confirmed the necessity of KFOR and NATO as guarantors of stability in the Western Balkans region. Countless times in the past few months, both Pristina and Belgrade called on KFOR to guarantee peace and security, while KFOR assured the citizens of Kosovo that they were “closely monitoring the security situation”.

Nikola Lunić says for European Western Balkans that the KFOR mission currently represents a fundamental guarantor of security and probably the survival of the non-Albanian population in Kosovo.

“Close cooperation with NATO is vital to us precisely because of securing the perspective of peace and stability. However, with unilateral actions and without the consent of the UN Security Council, this mission can easily create a long-term frozen conflict with an endless loop of incidents and conflicts,” says Lunić.

He recalled that NATO, authorized by the UN, took over the peace support operation in Kosovo with the tasks of contributing to a safe environment, supporting and coordinating international humanitarian efforts and civilian presence, and supporting the development of a stable, democratic, multi-ethnic and peaceful Kosovo.

However, Lunić warns that KFOR “has also assigned itself the task of supporting the development of the Kosovo Security Forces, and based on decisions from 2008, without a foothold in international agreements or UN decisions.”

“Abandoning the original operational plan and abandoning the actual demilitarization of the Kosovo Liberation Army, from which they created the Kosovo Protection Corps, and then the Kosovo Security Force (KSF), NATO, without the consent of the UN, took on a large burden of responsibility for the security of the region. It is obvious that in this matter, there was no agreement even within the Alliance because some members gave up further participation in the KFOR mission,” says Lunić.

He adds that Kosovo should not and must not represent a security vacuum in such unforeseen global security threats. According to him, the further development of the KBS and the announced formation of the Armed Forces of Kosovo should be the result of relevant political agreements and signed international agreements and not the unanimous decisions of one organization or the lobbying of its influential members.

“That is why NATO, i.e. the KFOR mission, in addition to declarative support for negotiations on the normalization of relations between Belgrade and Pristina, should also think about a security annex to such an agreement that would ensure long-term reliability, trust and predictability in the region,” says Lunić.

Mentor Vrajoli assessed for EWB that KFOR’s presence in Kosovo over past years has been highly minimal, adding that this down to the fact that Kosovo authorities have generally shown “great professionalism and determination to ensure the rule of law to all citizens regardless of their ethnic background”.

“However, this did not mean that problems in Kosovo have been completely solved taking into consideration that Serbia’s investment in destabilizing structures which aim to prevent the integration of the Kosovo-Serb community in Kosovo state institutions have been highly present “, Vrajoli said.

It has been more than 20 years since the first contingents of NATO forces arrived in Kosovo as part of the KFOR mission. Although the structure and composition of the mission have changed over time, KFOR remains the only legitimate military force in Kosovo, and NATO officials say there will be no change in its mandate.