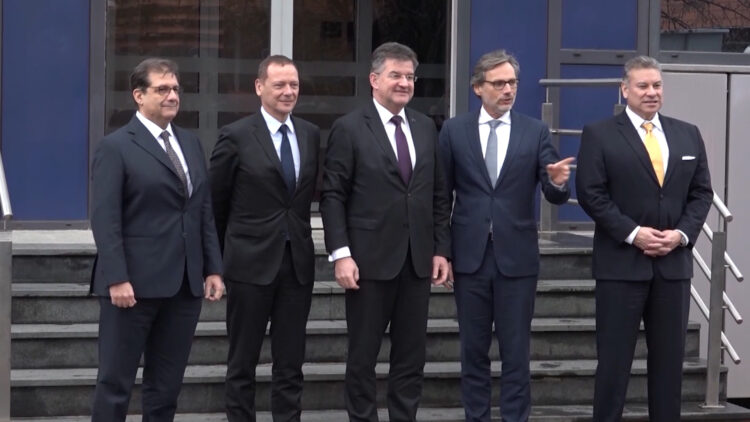 PRISTINA — It is still early to make dramatic statements because the mission is ongoing, but conversation with Kosovo Prime Minister Albin Kurti about the proposal for normalization of relations between Belgrade and Pristina was open and honest, EU Special Representative for Dialogue Miroslav Lajčák told the reporters after the meeting with Kurti during his visit to Pristina.

“The purpose of the meeting was to discuss the proposal for normalization that we presented to him in September and then in December. The meeting laster for more than two hours, which means that the meeting was not easy, it was long, but very open and honest. It is too early to make any dramatic statement because we are in the middle of the mission and will continue in Belgrade. I can’t say much,” Lajčák told reporters after the meeting, as Koha reported.

EU Special Representative for Belgrade-Pristina Dialogue added that he expected a better understanding of the opportunities that this proposal provides. “I hope we get there and use the full potential of this proposal,” he said.

Besides Lajčák, the delegation which met Prime Minister of Kosovo also consists of US Special Envoy Gabriel Escobar, as well as foreign policy advisor of the German Chancellor, Jens Plötner, French President’s advisor Emmanuel Bonne and Francesco Maria Talò, diplomatic advisor to the Prime Minister of Italy. After the meeting in Pristina, the delegation of five diplomats is headed to Belgrade, where it will discuss the proposal with Serbian President Aleksandar Vučić.

KFOR – Still the only guarantor of peace in Kosovo?