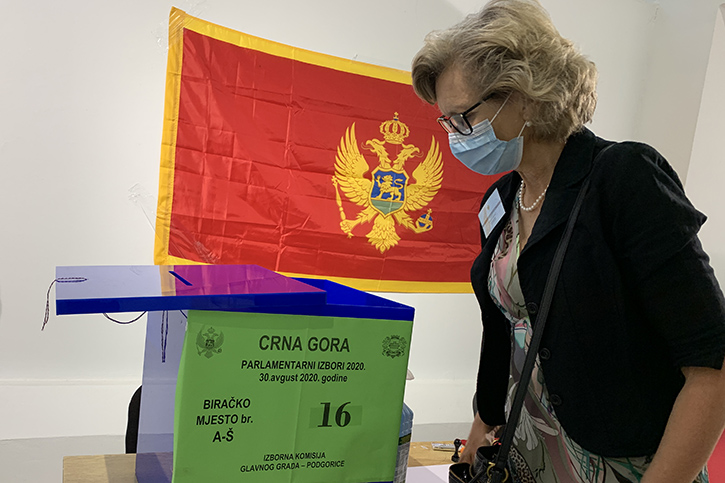 VIENNA – In order to ensure the proper functioning of local self-governments as a governing system established on principles of direct and local democracy, it needs to be decentralized, flexible and efficient, it was concluded in the Policy Brief “Local elections in Montenegro: Beyond political campaigns” published within the “WB2EU “Network.
“Local elections should not be a breeding ground for clientelism, nepotism and misuse of state resources but rather a basis for much-needed democratic consolidation in Montenegro. Furthermore, the governing structure of local self-government needs to be adapted to the context and locality being governed to be an efficient governing body “, author Nikola Mumin.

For years, one of the key objections of the European Commission in its annual reports on Montenegro has been the failure to hold local elections on one day.

The author explains that crucial for existing of the local self-government system is removing it from the current context of the deeply polarised political scene, “characterized by a lack of cooperation between political actors”.

“In the current political context, seemingly without a wider consensus on important social issues and without political will for reforms, a new social dynamic which would affirm a broader consensus on various issues is needed. For this, it is necessary to better integrate communities that make up the state through adequate policies and relations towards them and the population. It is necessary to enable a legitimate electoral and decision-making process for citizens. Furthermore, democracy needs to be strengthened at the local level and the influence of national-level party politics needs to be limited “, writes Nikola Mumin.

The author recalled that there had been several initiatives during 2021 and 2022 to amend changes to the Law on Local-Self Government to have multiple local elections on the same day.

Still, the author underlines that for local self-governments to become more independent, autonomous, and efficient in their role as local governing bodies, they need to be organized in a polytype rather than a monotype model to serve the needs of their local communities better.

“Current monotype model of the organization of local self-government does not differentiate between different types of localities being governed. It does not take into consideration sustainable differentiations when practically and systemically applied. This model, characterized by its’ reliance on procedural governing, with low efficiency which leads to various structural and systemic issues on the internal plan, questioning overall sustainability of local self-government “, Policy Brief stated.

The author gives the example of municipalities in the northerne region of Montenegro, which shows how inadequate policies from the national level can p the development of an entire region in the country. Even with a high percentage of depopulation in the north region, which encompasses 11 municipalities, unemployment rates in that region remain alarmingly high.

“Inequality in development is a consequence of inadequate economic policies run from the central government, especially when developing the northern region of the country”, says Policy Brief.

The author believes that polytype system of governing at the local level, i.e. system which would account for differences in various areas of governing of each specific locality and establish a governing structure for each one of them: financially sustainable and unsustainable branches of the local self-government, size of the area being governed, urbanization levels, cultural and historical specificities and creation of administrative capacities”, Policy Brief said.

Constitutional Court of BiH postponed the decision on Schmidt’s amendments