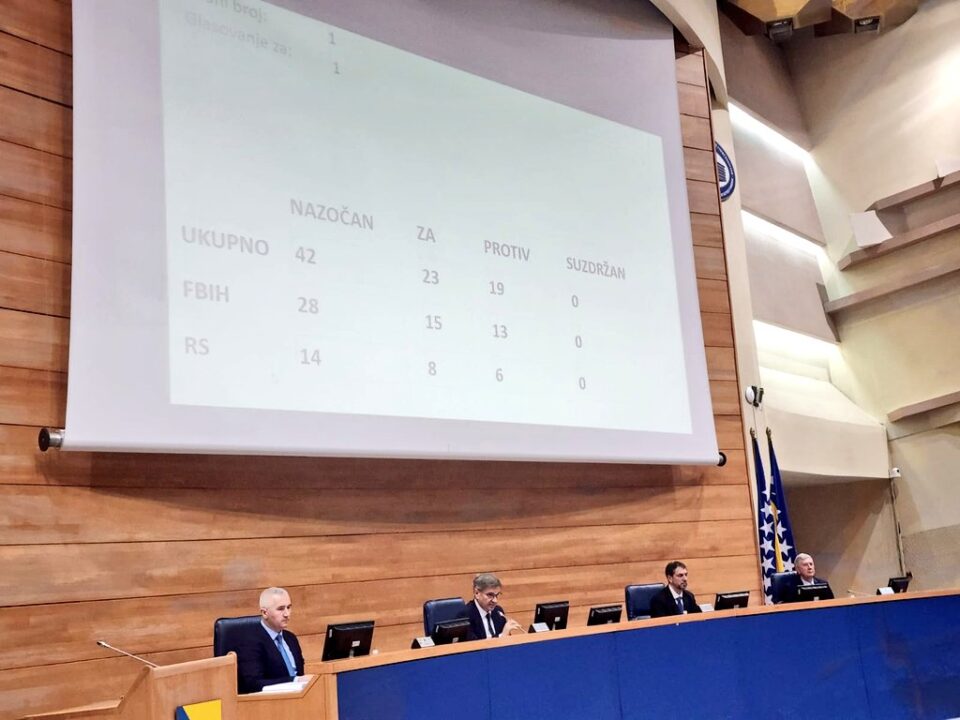 SARAJEVO – House of Representatives in Bosnia and Herzegovina appointed ministers, deputy ministers, and chair of the Council of Ministers of BiH during the emergency session on Wednesday. The appointment was confirmed with 23 votes in favor and 19 against, N1 reported.

The government was supported by MPs from ten political parties that formed a coalition after the country’s October elections. As mandated by Dayton Peace Agreement, the coalition includes representatives of the country’s three main ethnic groups: Bosniaks, Croats and Serbs.

The deputy chair of the BiH Council of Ministers will be Zoran Tegeltija and Zukan Helez, the future ministries of finance and treasury, and defense.

Preliminary reflections on the Bosnian elections

EU: Government of Montenegro and SPC to continue negotiations

Thomas Kleine-Brockhoff: Serbia already chose where it wants to go