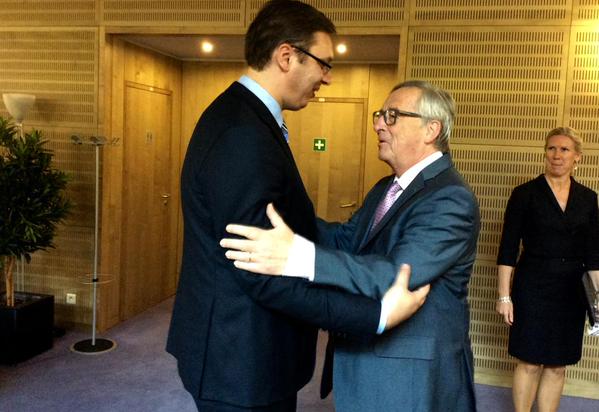 Juncker, as well as German Chancellor Angela Merkel, supports prompt opening of negotiation chapters, Vucic said after a meeting with the EC president, adding that he received unequivocal assurances of this.

Vucic noted that he is satisfied with the talks in Brussels, and that he is certain that Serbia will receive both personal and institutional support from Juncker on its European path.

We talked about our next steps concerning the action plan for Chapter 23 (Judiciary and Fundamental Rights), and about relations in the region, the Serbian prime minister said.

The talks also addressed the economic reforms in Serbia, which the EC president commended, added Vucic.

We received many positive comments for the strong economic measures we implemented, which are already starting to yield results, the Serbian prime minister said.

Resolution on the Srebrenica Commemoration

Mirëdita Dobar Dan Festival in Belgrade: We Stuck our Foot in the Open Door

Amnesty International: Freedom of expression and freedom of media key issues in Balkans