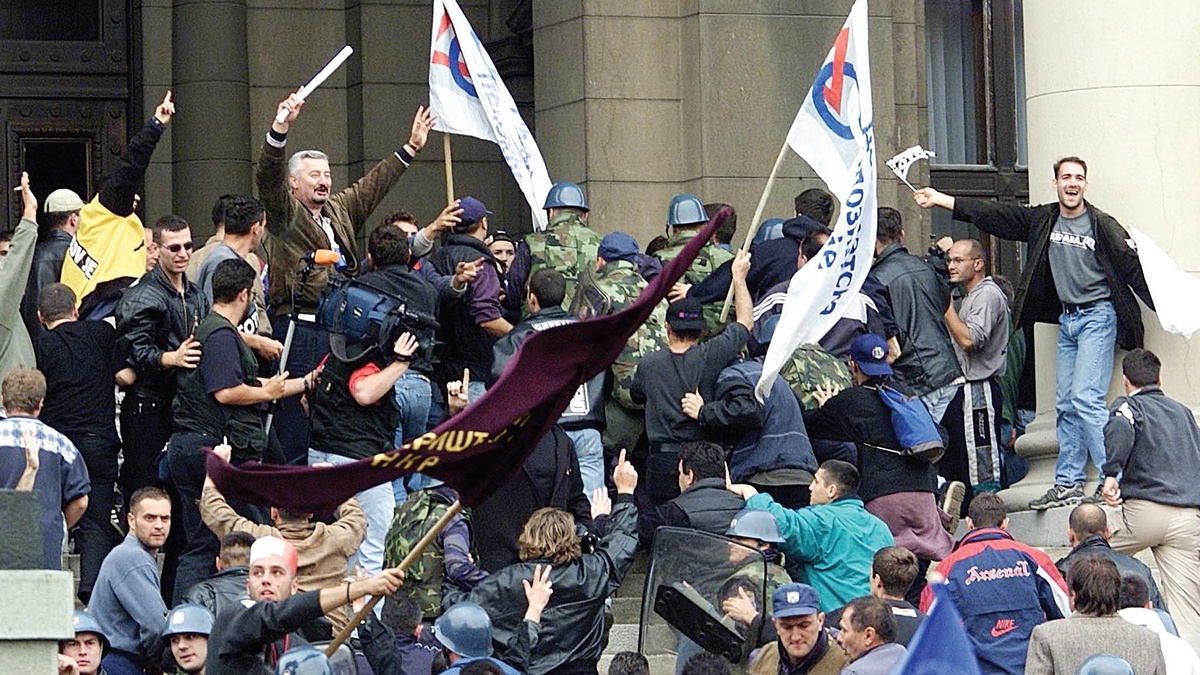 BELGRADE – Today marks 15 years since October 5, 2000, and the overthrow of the then president of the Federal Republic of Yugoslavia (FRY) Slobodan Milosevic, after mass demonstrations of supporters of the Democratic Opposition of Serbia (DOS).

Upon the call of the leaders of the DOS, the mass protests ensued after the electoral commission denied the victory of DOS candidate Vojislav Kostunica in the election on September 24.

The protest held in downtown Belgrade on October 5 was the largest one since the early 1990s.

Protesters stormed into the building of the federal parliament, took hold of a nearby police station, and set fire to the premises of the public service broadcaster RTS.

The resistance of police officers was broken. Over 60 citizens were injured in the protests, and two lost their lives.

The next day, Milosevic addressed the public and admitted an electoral defeat.

The early parliamentary election was held in Serbia in December the same year, in which the DOS got nearly two-thirds of the vote.