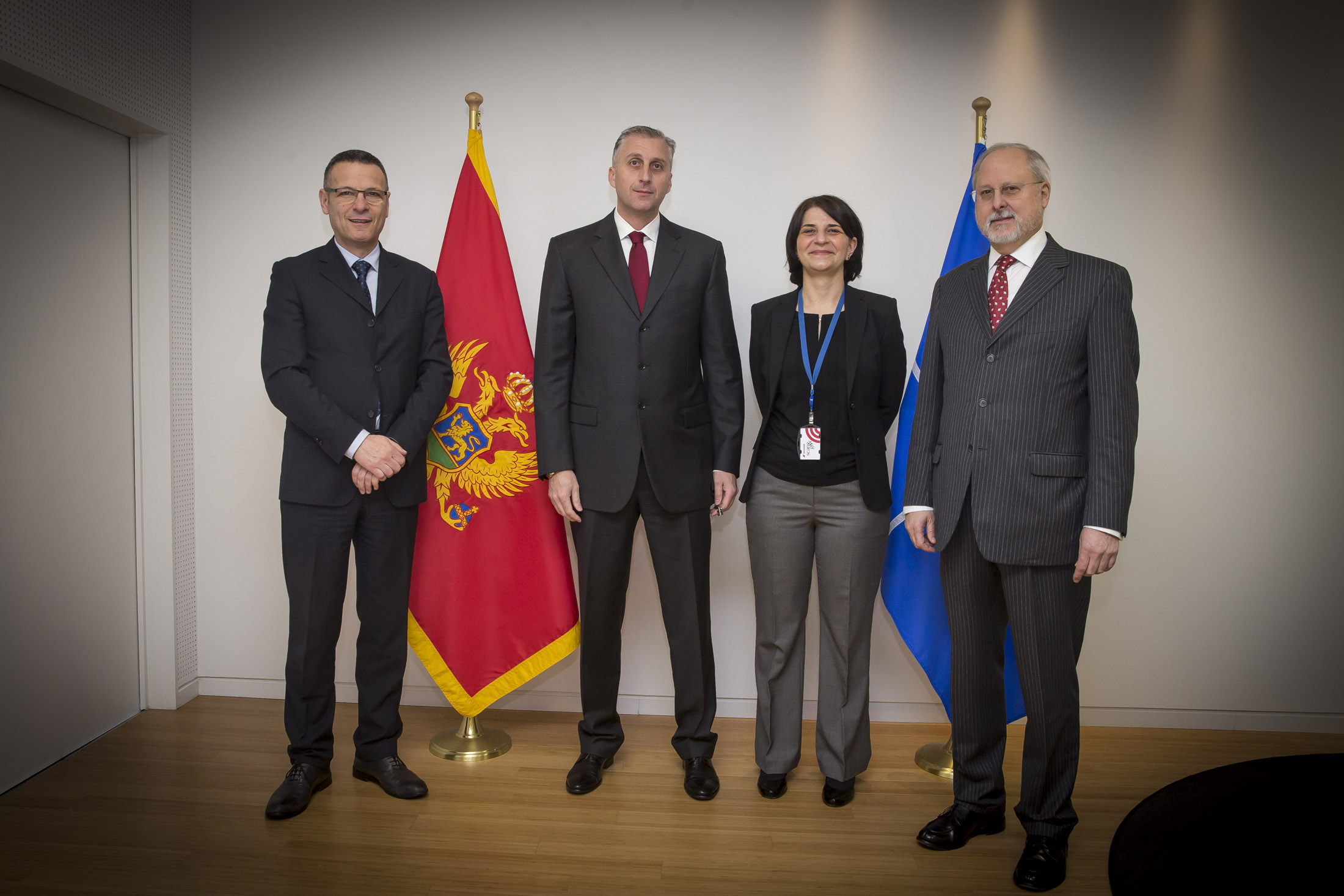 The talks are being chaired by Ambassador Thrasyvoulos Terry Stamatopoulos, NATO Assistant Secretary General for Political Affairs and Security Policy (far right). The Montenegrin delegation is led by Ambassador Dragana Radulovic, Head of the Montenegrin Mission to NATO (second from right); Photo: NATO

BRUSSELS – Montenegro marked an important step on its road towards NATO membership on Monday (15 February 2016), beginning two days of Accession Talks in Brussels. The talks cover the details of membership including political, military and legal questions, and provide an opportunity for both sides to clarify outstanding issues.

Following the talks, the next step will be for Allies to sign an Accession Protocol, after which Montenegro will begin attending NATO meetings as an invitee. Once all Allies have ratified the Protocol, Montenegro will be able to accede to the Washington Treaty and become the 29th member of the Alliance.

The talks are being chaired by Ambassador Thrasyvoulos Terry Stamatopoulos, NATO’s Assistant Secretary General for Political Affairs and Security Policy.  The Montenegrin delegation is led by Ambassador Dragana Radulović, Head of the Montenegrin Mission to NATO.  Opening the talks, Ambassador Stamatopoulos said: “the holding of the Accession Talks today is a mark of the progress made by Montenegro since regaining its independence. NATO membership will reinforce Montenegro’s security and sovereignty.”

Since 2009, NATO and Montenegro have worked closely together through the Membership Action Plan, which helps nations prepare for possible future membership. In December 2015, NATO Foreign Ministers invited Montenegro to start Accession Talks. Secretary General Jens Stoltenberg welcomed the invitation as “historic” saying “it makes clear that NATO keeps its door open, to complete our vision of a Europe whole, free and at peace.”