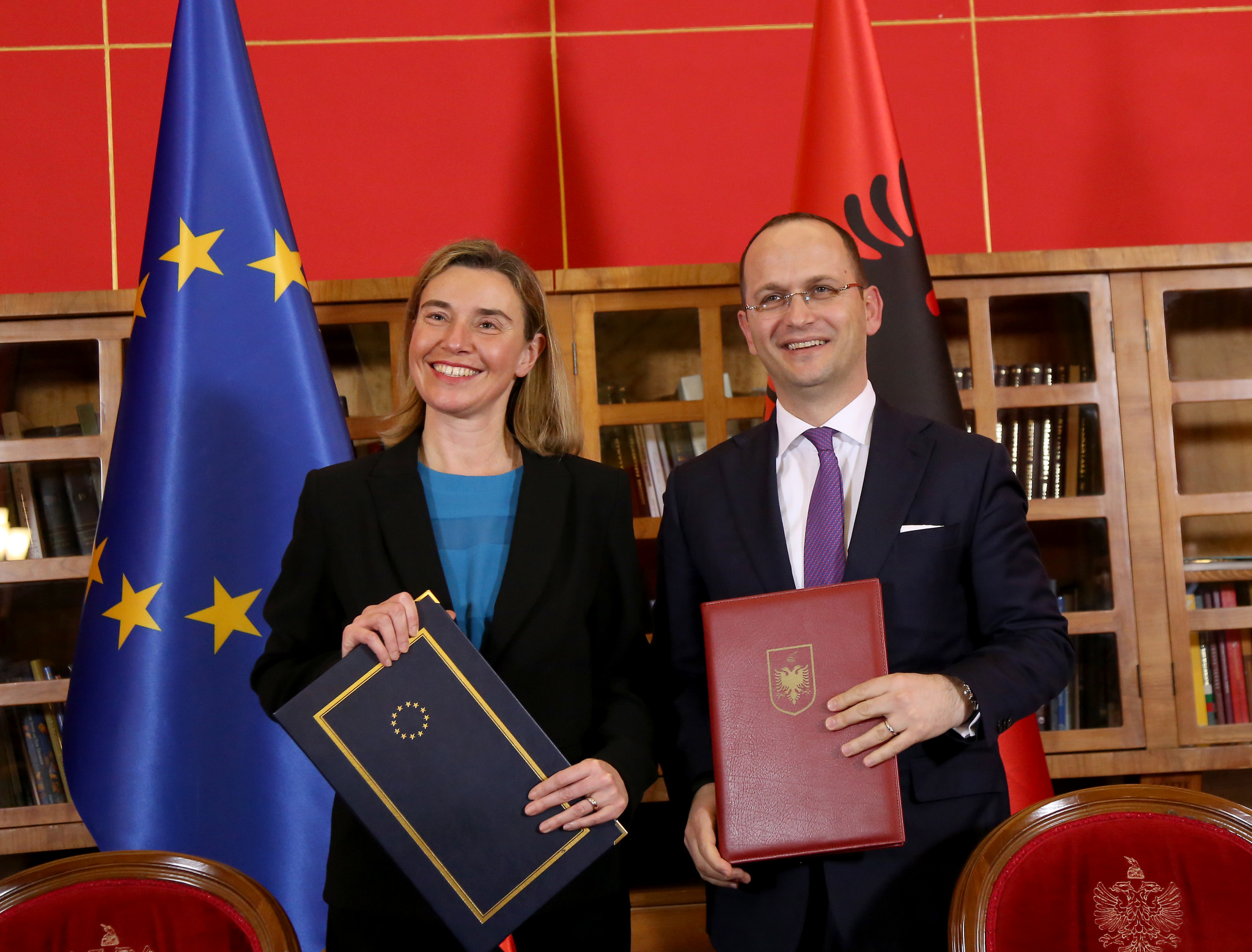 TIRANA – Federica Mogherini was in Tirana to address the Albanian Parliament and meet with Prime Minister Edi Rama, Foreign Minister Ditmar Bushati and President Bujar Nishani. Her visit came at a time when Tirana is undertaking substantial judicial reforms towards opening talks on EU membership. Mogherini also stressed the immense steps that Albania had taken in recent years. She said that Brussels and Tirana “must and can open negotiations for EU membership.”                    In discussions with Edi Rama, Mogherini praised his reforms and the vision of the PM but also stressed that deep judicial reforms were necessary not because the EU was asking but because the Albanian people were asking. At a press conference she said that her visit had given her a sense of friendship, gratitude and hope”. She said that what was happening in Albania was visionary and “historic”.    She went on to say: “the judicial reform you are now discussing is one of the most comprehensive reforms proposed in the enlargement countries. Let me thank all the lawmakers and experts involved in the impressive work done so far.”   Same message Mogherini gave in the Albanian Parliament: “in these 25 years, Albania has moved forward and fast. Progress is at times not as quick as we might wish it to be, but we also have to be realistic and fair. Twenty-five years ago Albania was one of the most isolated states in the world, and the world’s third-poorest country. Today Albania is a NATO member and a candidate for membership in the European Union.”

Whilst in Tirana she also signed, with minister Bushati, a Security of information Agreement between the EU and Albania.

Pavel: Montenegro to be important member of NATO