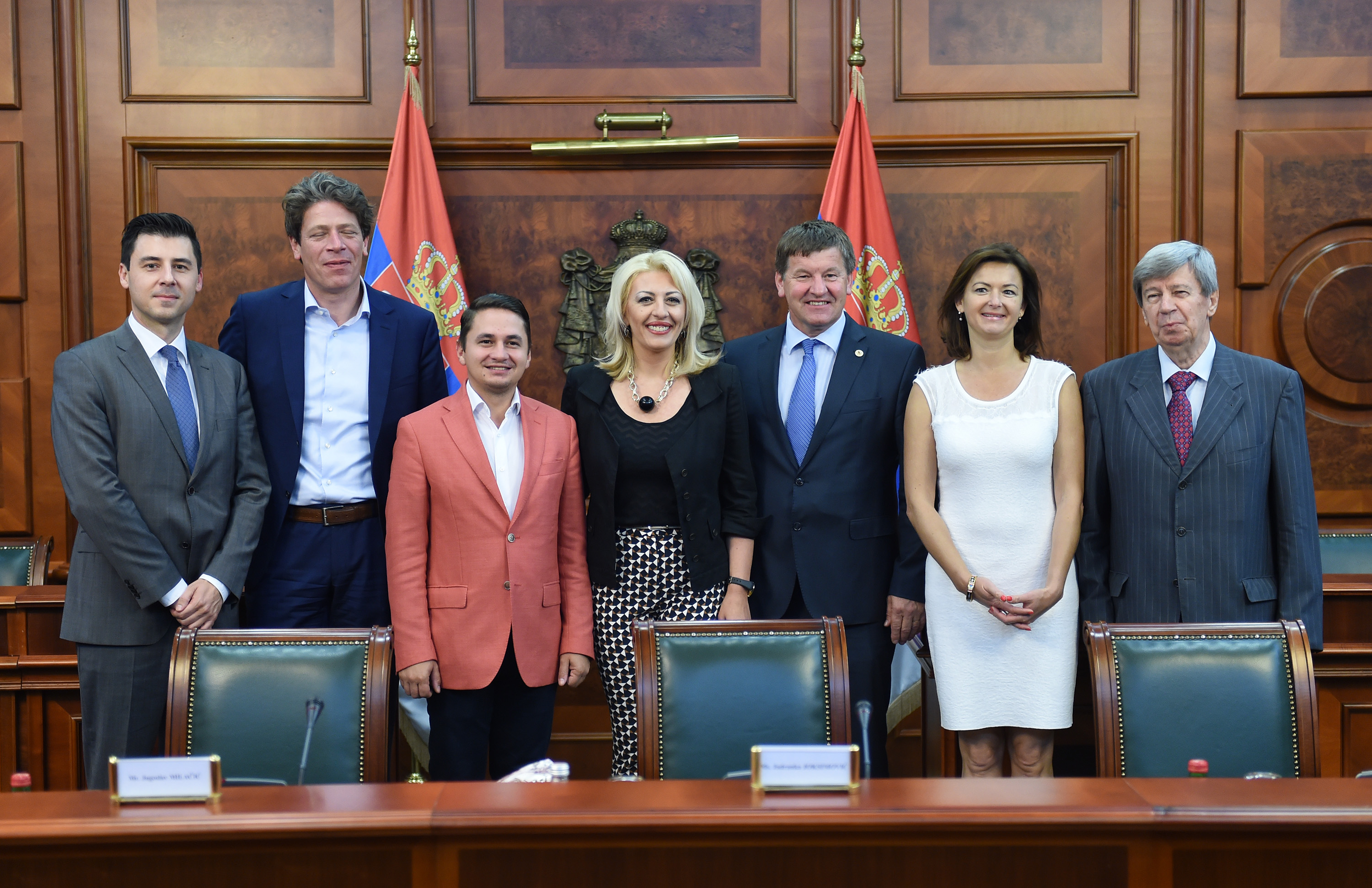 BELGRADE – The delegation of the European Parliament, members of the group “Friends of Serbia”, arrived on Thursday evening in Serbia. Led by the president of the group Emilian Pavel from Romania, the group also includes Franc Bogovič from Slovenia, Eduard Kukan from Slovakia, Tanja Fajon from Slovenia, Hungarian MEP Andor Deli and Paul Tang from the Netherlands.

The Speaker of the Parliament of the Republic of Serbia, Mrs Maja Gojković, welcomed the MEPs on Friday morning. The talks were mostly related to the upcoming opening of the Chapters 23 and 24, whereas the MEPs noted that continuing the EU accession talks and reforms were significant.  Later, they met with the Chairperson and Members of the European Integration Committee, the Minister without portfolio responsible for European Integration, in the Techical Government Ms Jadranka Joksimović as well as the Minister of Foreign Affairs in the Techical Governemt Mr. Ivica Dačić. During the meeting with the Foreign Minister both sides expressed their content with the current cooperation and agreed that it should be continued in the future.

Today, Members of the group „Friends of Serbia“ attend the presentation of the IPA Funded Project in the Botanical Garden „Jevremovac“ named  „Construction, reconstruction, renovation, rehabilitation and investment maintenance of buildings, classrooms and laboratories of the University of Belgrade.“

During the talks the president of the group, Emilian Pavel noted that Serbia had friends in the EU and was, therefore, on the right path.

The group „Friends of Serbia“ was founded by Members of the European Parliament Zoran Thaler from Slovenia and Victor Boştinaru from Romania in order to strengthen the bonds of friendship and cooperation with Serbia and its representatives.

EC: An investigation on charges of dumping prices of steel