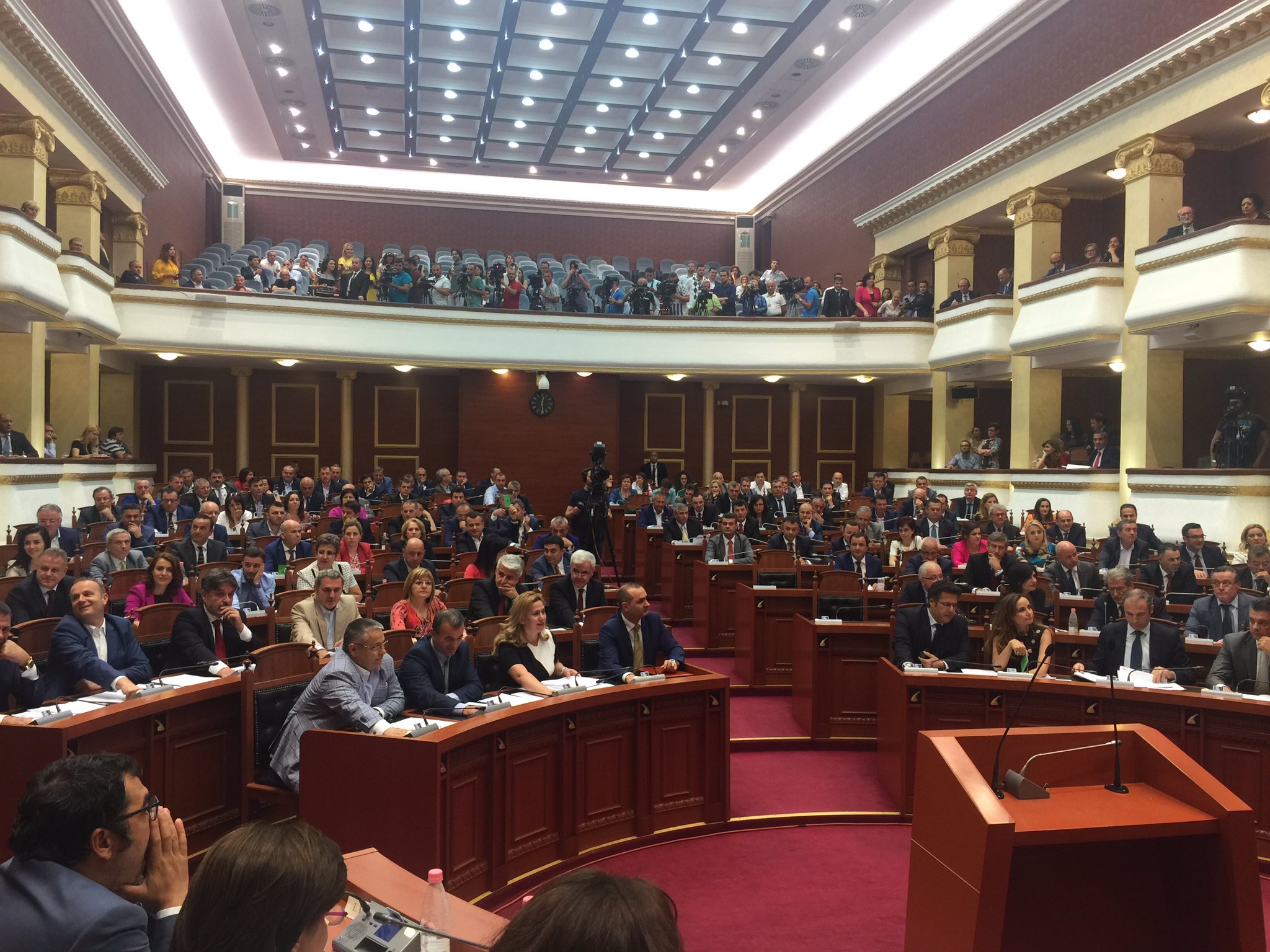 TIRANA – Albanian Parliament unanimously passed overnight Thursday to Friday the draft law “On additions and amendments to Law no. 8417, dated on October 21, 1998 “The Constitution of the Republic of Albania”, amended.

Political forces in the afternoon reached an agreement on the appointment of members of the Supreme Judicial Council and the Supreme Council of the Prosecution.

After long hours of talks between the parties, held under the mediation of US Ambassador Donald Lu and head of the European Delegation Romana Vlahutin, at the insistence of Parliament Speaker Ilir Meta, parties agreed on a new formula for the adoption of constitutional amendments.

Parliament had adopted about a year ago the establishment of the ad-hoc Committee on Judicial Reform, which after much debate and dissensions between the parties and negotiations involving OPDAT and EURALIUS experts as well as the U.S. and EU Ambassadors to Albania, managed to bring to Parliament the unanimously approved draft shortly before midnight on July 21.

Local elections in Kosovo to be held on October 22