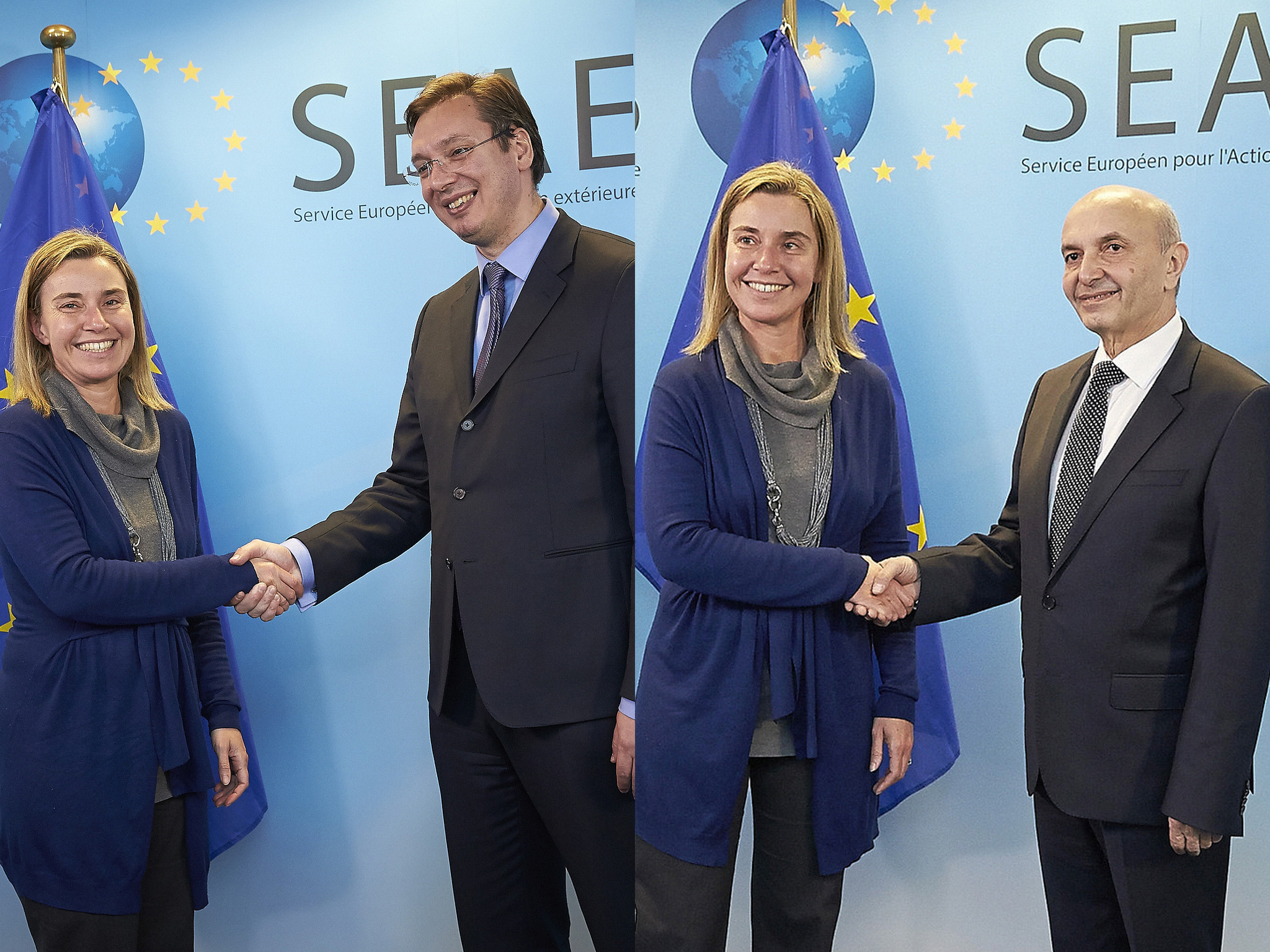 BRUSSELS – Serbian Prime Minister Aleksandar Vucic and Kosovo Prime Minister Isa Mustafa “repeated their commitment to the implementation of all the past agreements,” according to a release form the office of European foreign policy chief Federica Mogherini.

“The two prime ministers had an open discussion on the state of play in the dialogue, in particular as regards the implementation of the August 25 agreements,” according to the release, a link for which can be found on the Twitter account of Mogherini’s spokeswoman Maja Kocijancic.

Mogherini hosted an informal dinner with Prime Ministers Vucic and Mustafa in Brussels late on Wednesday.

Ahmeti after meeting Hahn: We are part of majority

What has been fulfilled, and what remains to be fulfilled