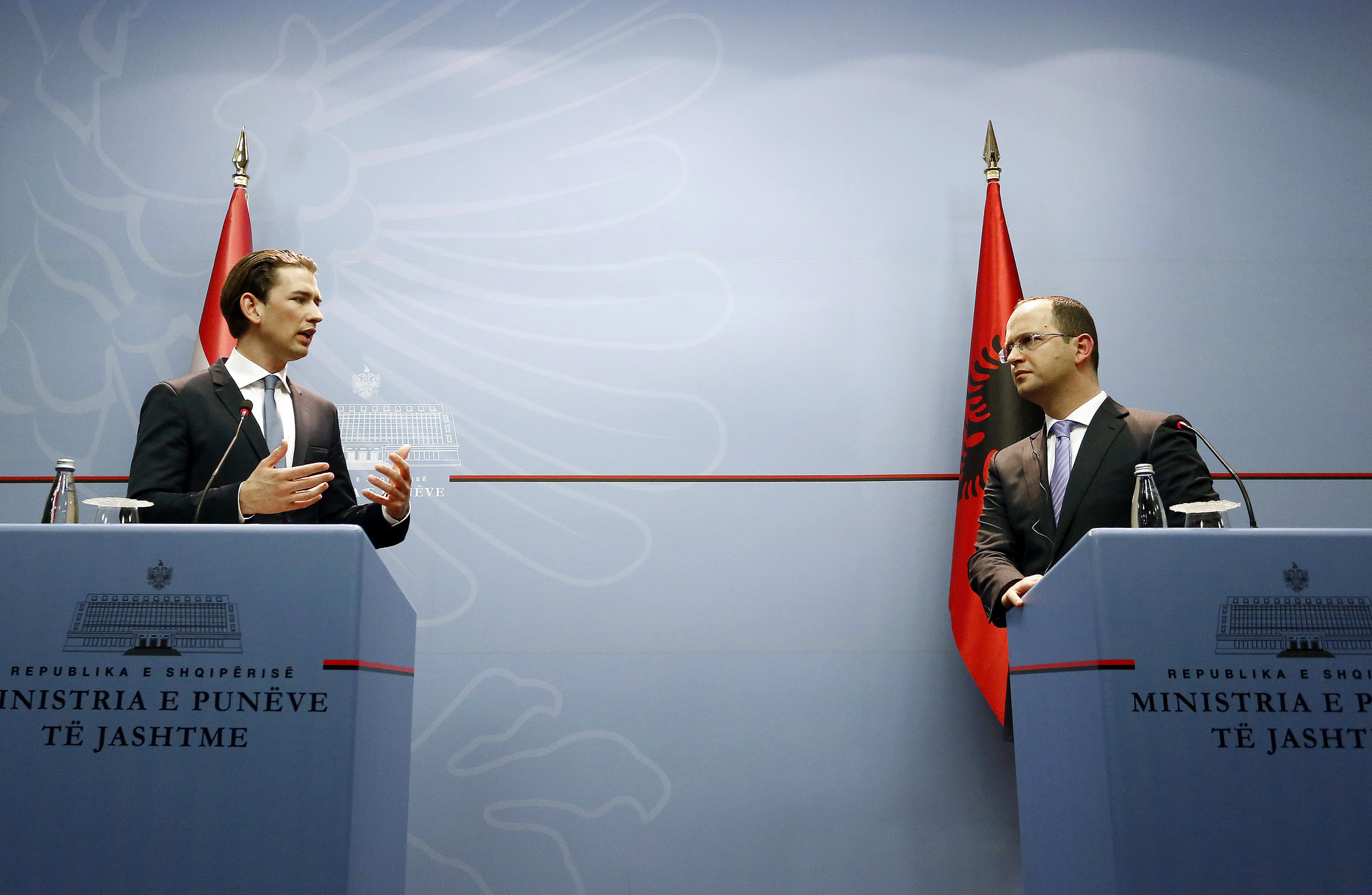 The process of European integration, further strengthening of bilateral cooperation, the coordination of joint efforts in dealing with current challenges facing the European Union, such as the migration crisis and security, were the main issues discussed at this meeting. Moreover, the visit of MFA Kurz in our country, as part of his regional tour in the Western Balkans, reconfirms the solid approach of our region towards the European Union, as well as Austria’s commitment in this regard.

Minister Bushati informed Minister Kurz on the progress made by the Albanian government in addressing the 5 key priorities, putting the emphasis on the justice reform. He praised the contribution of the Austrian government in supporting the reform process in Albania. This support is clearly reflected in the Strategy for Development 2015-2020, where the assistance for strengthening public administration, rule of law, professional education constitutes only some of the main cooperation paths between the two countries.

Tourism remains a priority area in the Albanian-Austrian cooperation, therefore, the signing of the Memorandum of Understanding in the field of tourism by Minister Ahmetaj and Minister Kurz aims to further boost cooperation between our countries.

Minister Bushati praised the stance of Austria as one of the most vocal, pro-enlargement member states, stating that: “Today, we agreed on a tangible action plan between our countries for 2016, which includes a series of commitments and concrete activities that support Albania’s advancement on the integration path, with a view to start EU accession negotiations. This plan includes areas such as the European integration, economy, software development, public administration, education, science and civil society.”

Noting the Austrian support to our country, Minister Kurz, stated that: “We have agreed on a timetable of joint actions, and we will support the establishment of the Friends of Albania Group in the European Union, in order to support Albania in taking the next step, that of the opening of accession negotiations.”

In the framework of this visit, archival documents on bilateral diplomatic relations were displayed in the MFA premises.