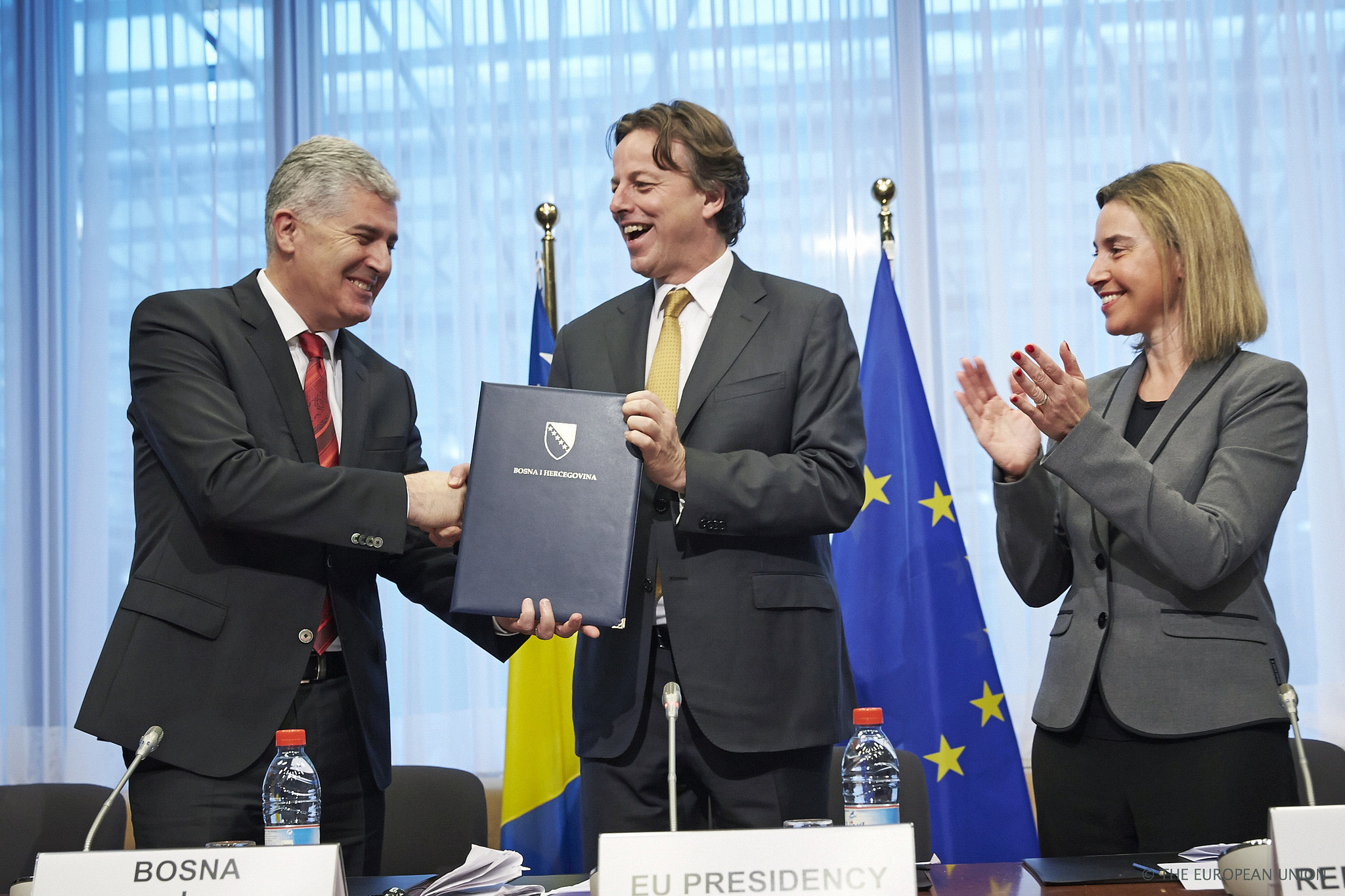 Today, Bosnia and Herzegovina submitted its application for membership in the European Union. This decision follows months of hard work by Bosnia’s leadership and, we believe, addresses the aspirations of the people of Bosnia and Herzegovina. It is a day of celebration for all of us: only twenty years ago, it was in the Balkans where one of the most awful pages of the European history was written. Today we celebrate another step towards a united and peaceful continent.

And we need unity in challenging times. As some forces across our continent are questioning the very existence of our Union, Bosnia and Herzegovina’s application shows that the need of a united European continent is still strong among our peoples.

The new approach was based on the decision to put concrete issues first – that is, citizens first. A pragmatic choice and a symbolic one: the raison d’être of our Union is to impact on our citizens’ life for the better.

The achievements of this past year on a broad reform agenda are impressive. In fact, we would not be here today if it were not for the country’s leadership. The country’s political system has delivered on its citizens’ needs – as long as all leaders and all government levels cooperate towards a common goal.

We must now seize the momentum gained so far, and keep on working hard. The reforms improving economic growth and social justice,  the rule of law and the public administration need to be implemented. The functionality of Bosnia and Herzegovina’s institutions remains a priority, including through the effective and functioning coordination mechanism on EU matters. The adaptation of the Stabilisation and Association Agreement following the accession of Croatia will allow Bosnia and Herzegovina to normalise its trade relations with the Union. The country will continue enjoying the benefits of the advantageous trade and investment regime, while protecting its domestic producers in accordance with the Agreement. Finally, we expect that the authorities at all levels will ensure that the challenges the country faces when it comes to its judicial system are addressed constructively, in a spirit of dialogue and mutual understanding.

Still there are wounds that need to be healed. But together we can help each other to move towards a future of reconciliation. Together, we can build a stronger European continent where all communities live side by side and cooperate beyond ethnic, national and religious divides. Twenty years after the war, it is about time we all looked ahead, towards our common future in a truly united Europe.

Hahn on the Justice Reform process in Albania