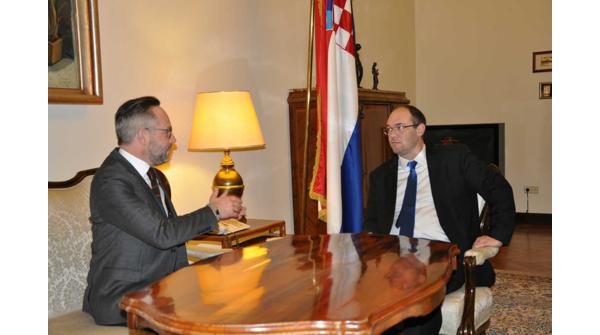 The collocutors discussed challenges facing the European Union ahead of the 60th anniversary of the Treaty of Rome, the importance of European perspective for Southeast Europe and regional cooperation. They underlined the need to further advance the strategic partnership between Croatia and Germany.