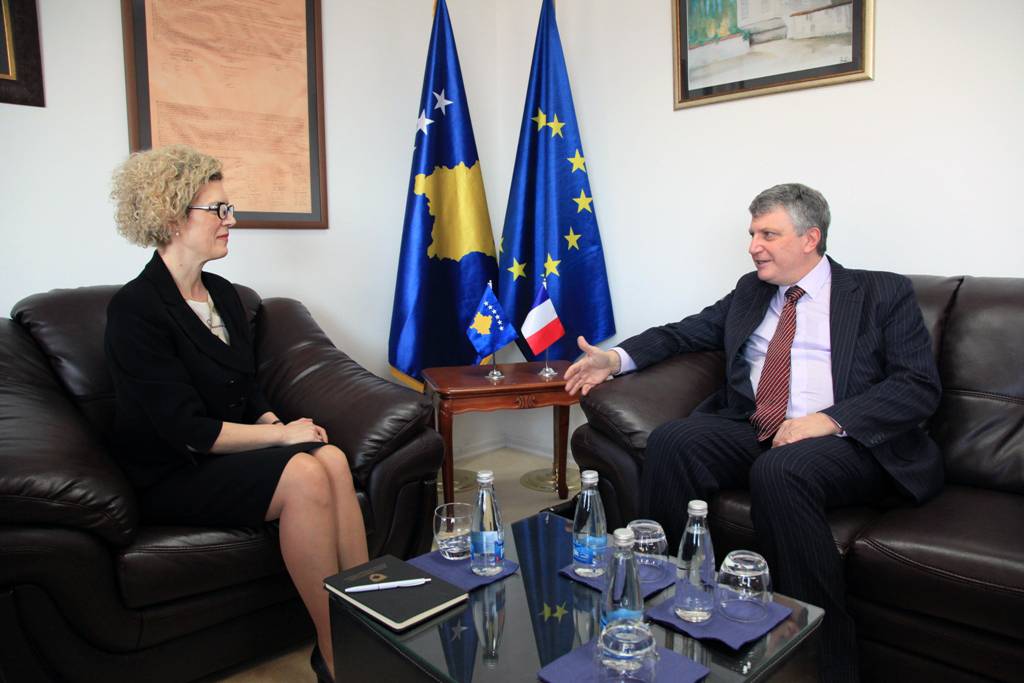 PRISTINA – Ms. Mimoza Ahmetaj was appointed as the Minister of European Integration of the Republic of Kosovo on the 14th of February. Mimoza Ahmetaj before taking the post of the minister, recently served as Ambassador of Kosovo to Slovenia.

Ms. Mimoza Ahmetaj hosted today in a meeting the Ambassador of France to Kosovo, Mr. Didier Chabert, stated the press release published on the Ministry’s website..

Minister Ahmetaj thanked Ambassador Chabert for the ongoing support being provided by France to Kosovo in general and in particular towards the European Union integration. She stated that “French support is very important for Kosovo. This support continued for both advancing the foreign policy and increasing the recognitions for Kosovo statehood”.

Ambassador Chabert confirmed the ongoing support of France. He pointed out that this support will be continuously provided for both Kosovo process for EU integration and increasing the recognitions of Kosovo statehood, where France may give its contribution. Ambassador Chabert stated also that France continues to contribute to the membership of Kosovo in international organizations.

Vlahutin: An independent judicial system, a prerequisite for a functioning economy

EC: Migrants will not be returned to Serbia