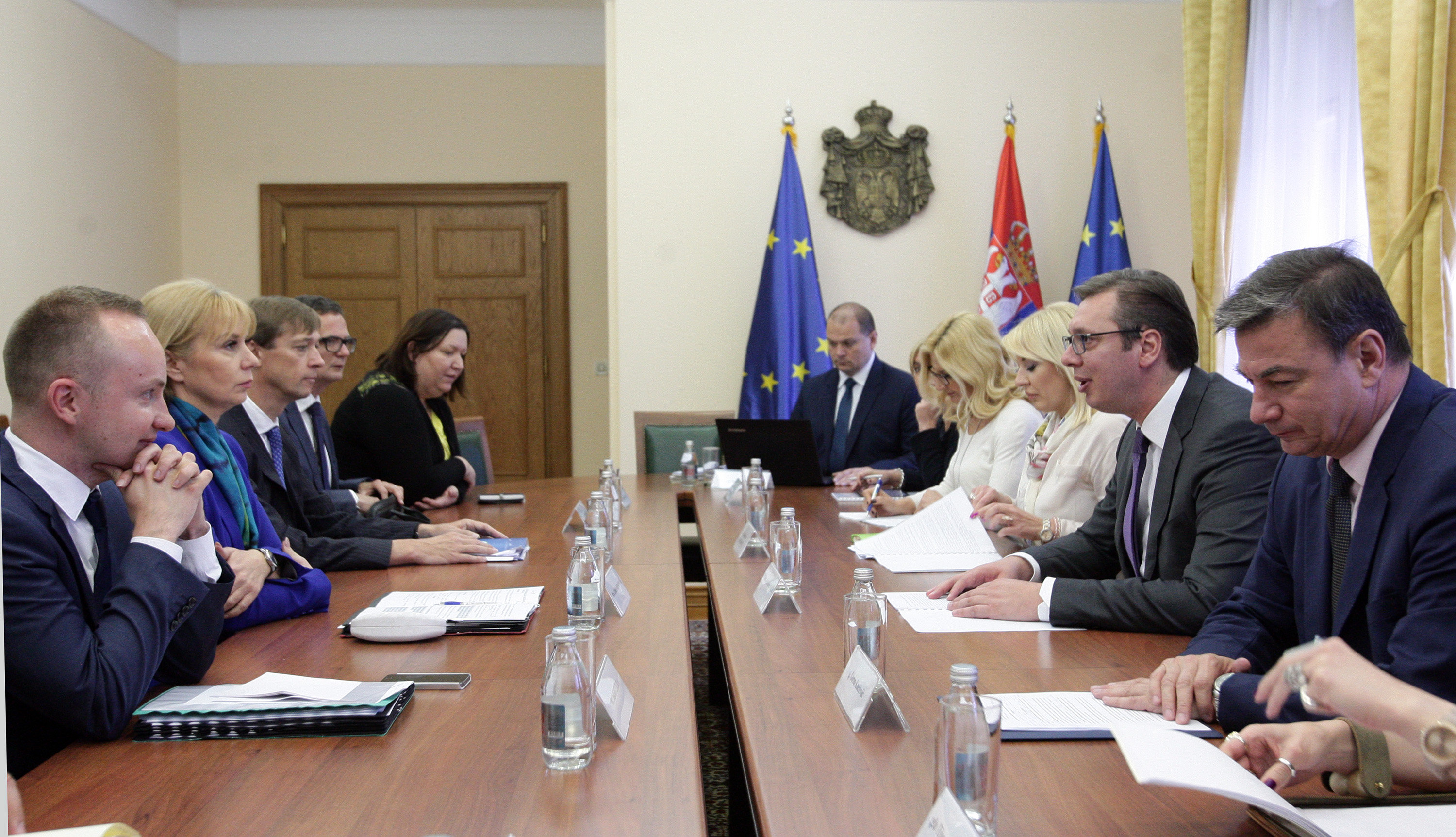 Bienkowska and Vučić; Photo: Tanjug
BELGRADE – Serbian Prime Minister Aleksandar Vučić met Thursday with European Commissioner for Single Market, Industry, Entrepreneurship and SMEs Elzbieta Bienkowska with whom he spoke about the European path of Serbia, problems in dialogue with Pristina and about the support of the EU to Serbia through programmes for the support to the small and medium-sized enterprises, Serbian Government stated.

The crucial foreign policy priorities of Serbia are membership in the EU, regional cooperation and strengthening of the neighbourly relations, as well as the continuation of the policy of reconciliation. Serbia is a credible partner of the EU, Prime Minister Vučić underlined.

He expressed concern that the recent messages and the ideas of the creation of a Greater Albania that come from Pristina will slow down the dialogue and jeopardise regional stability.

European Commissioner Bienkowska congratulated Prime Minister Vučić on his victory in the presidential elections in Serbia.

She pointed out that Serbia is a pillar of stability in the region and that it is necessary to work on keeping peace and good neighbourly relations.

Bienkowska also praised the economic changes that the Serbian government has implemented and emphasized that it is necessary to work on the privatization of large public companies.

Prime Minister Vučić underlined that he believes that the Western Balkans region is ready for a deeper form of economic integration through the establishment of a single market, which would raise the competitiveness of the region as a whole.