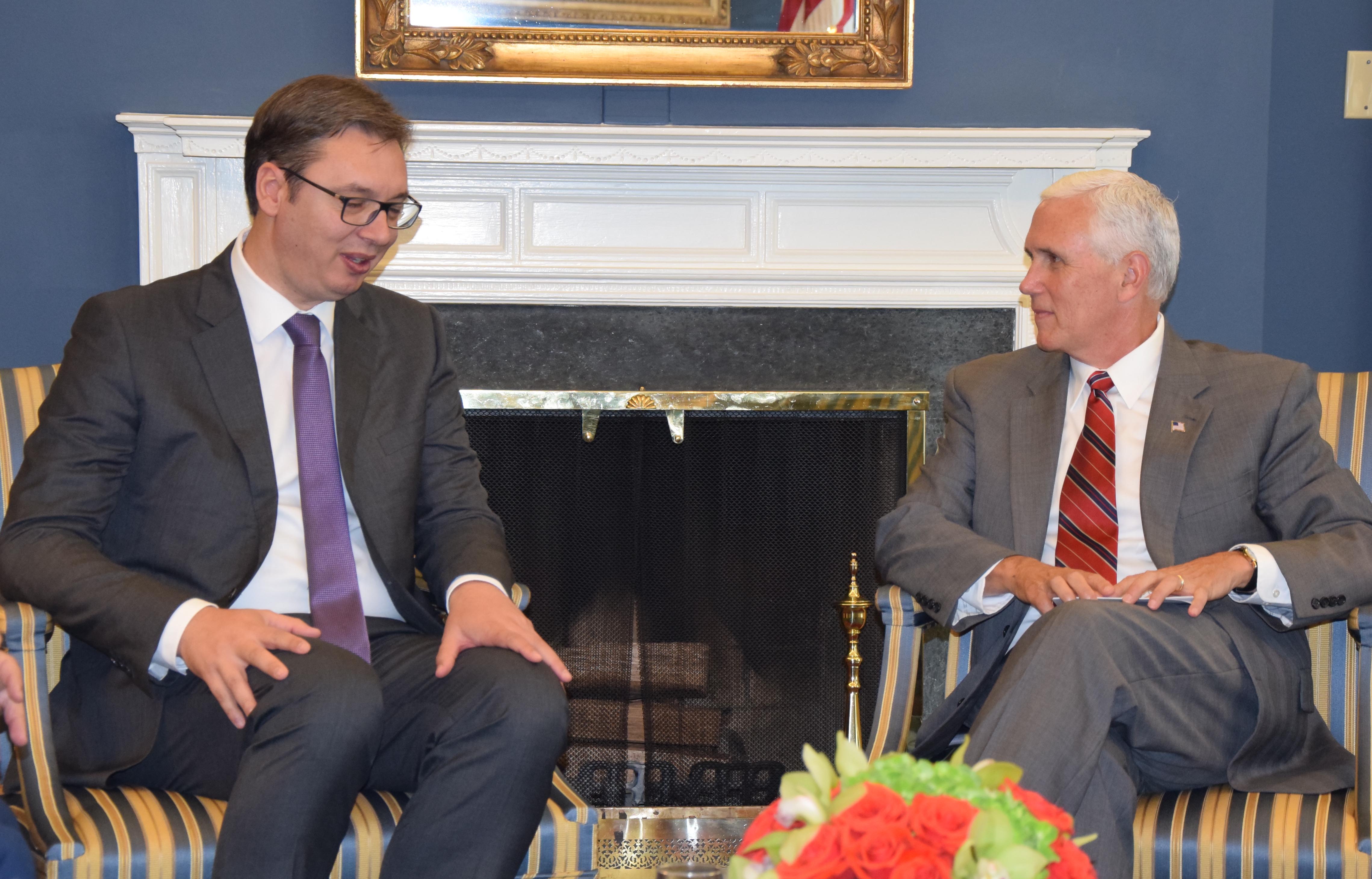 WASHINGTON – US Vice President Mike Pence, who met with Serbian President Aleksandar Vučić in the White House late Monday, expressed US support for Serbia’s EU accession efforts, as well as Washington’s desire to deepen the relations with Serbia.

“The leaders agreed on the importance of the bilateral relationship and expressed the desire to deepen the partnership between the United States and Serbia. The Vice President expressed US support for Serbia’s efforts to join the European Union, the need for continued reforms, and further progress in normalising the relationship with Kosovo,” said a press release from Pence’s office.

“The leaders discussed the Vice President’s upcoming trip to Podgorica, Montenegro, where he will participate in an Adriatic Charter Summit with leaders from across the Western Balkans region,” the press release said.