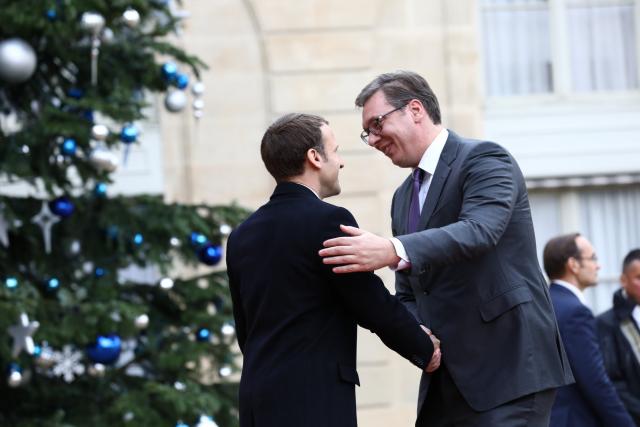 BELGRADE – Serbian President Aleksandar Vučić will be on an official visit to France on 17 July and meet with President Emmanuel Macron.

Vučić announced this on Tuesday in Paris, where he attended an annual meeting of the European Council on Foreign Relations, including a panel on the Western Balkans, the EU and competition among great powers.

Vučić’s meeting with Macron is set to take place at a very challenging time for Serbia, amid Western pressure aimed at finding a definite solution to the problem of Kosovo through an agreement on normalisation of relations, and a climate that is significantly different from their most recent meeting, held in mid-December.

Meanwhile, Macron has said EU enlargement in the Western Balkans should be preceded by a reform of the Union, with the European perspective of candidate countries defined by Brussels as “anchoring rather than enlargement.”

Council of the EU approves conclusions on EUFOR Althea, regrets the prolonged crisis in BiH