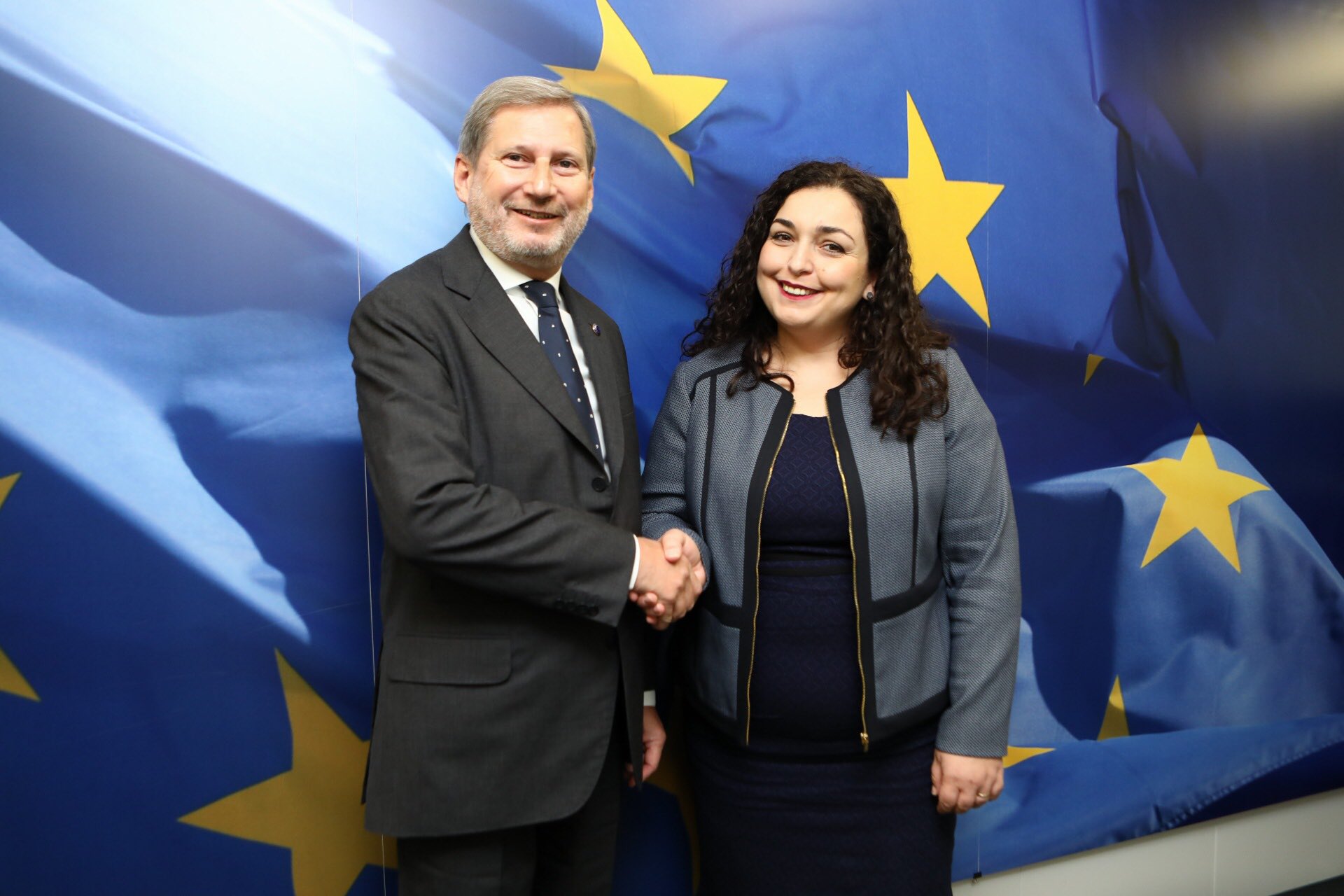 BRUSSELS / SKOPJE – Member of the Kosovo Assembly Vjosa Osmani met with the outgoing European Commissioner for Enlargement Negotiations Johannes Hahn in Brussels today, discussing the latest developments in her country.

According to Hahn, he and Osmani, who was the Prime Ministerial candidate of the Democratic League of Kosovo (LDK) in recent election, talked about the new government of Kosovo, which is expected to be formed between LDK and Vetëvendosje!

“I am encouraged by her commitment for a European future for Kosovo and her determination to improve the quality of life and provide a perspective for the young people of Kosovo”, Hahn tweeted.

Meanwhile, the leader of the party Albin Kurti met with the Prime Minister of North Macedonia Zoran Zaev in Skopje yesterday, during which the good relations between the two countries were confirmed.

Kurti wrote on Facebook that he discussed with Zaev on political developments in both countries and on EU integration issues.

“We discussed on political situation in our countries, mutual cooperation, relations between states in Balkans and European integration issues,” likely future Prime Minister of Kosovo wrote.