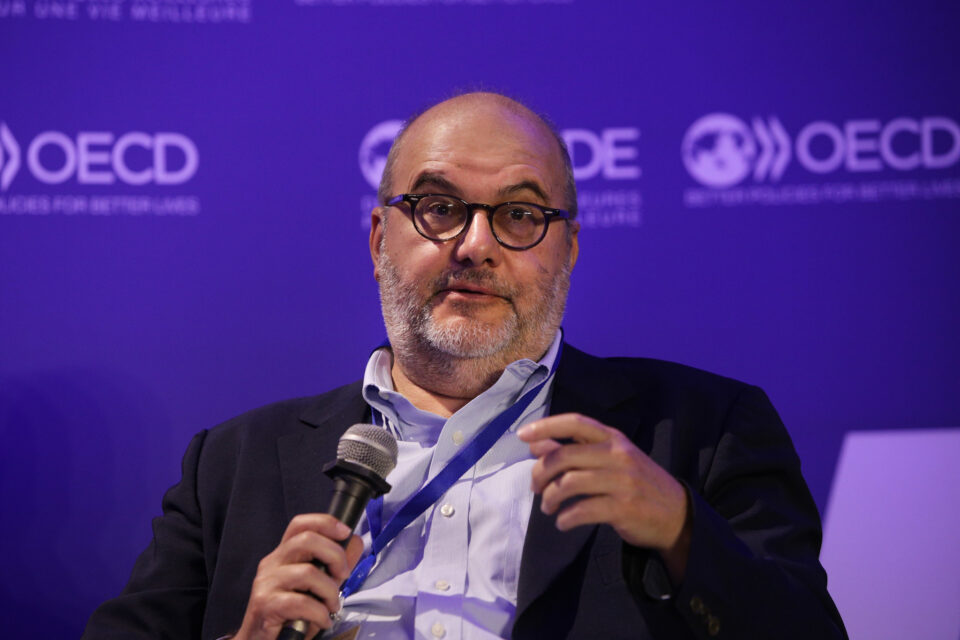 TIRANA – “I do not think we should distinguish between foreign investments from one country or another. I am very much in favor of Chinese investments, because they attract Europe’s attention for political reasons. Therefore, Europe feels the need of matching these investments”, said Branko Milanović, Presidential Professor at the Graduate Center during Tirana Connectivity Forum 2020.

He added that it is somewhat hypocritical of the EU to criticize Chinese investments where they themselves are not investing.

Milanović participated in the panel “Which development model for SEE6 after the pandemic?” moderated by Dušan Reljić, Head of Office SWP (German Institute for International and Security Affairs) in Brussels.

Milanović said that Balkans’ underdevelopment, compared with the rest of Europe, was due to historical underconnectivity with the West and maybe too much connectivity with the East. However, he added that the globalization is now an advantage for the region because of the ability to hire people remotely.

“This is a chance for the Balkans to become better integrated and have better connectivity with the rest of the world”, said Milanović.

Asked whether it is realistic to expect that the COVID-19 pandemic will thoroughly change the way in which we produce, trade and communicate with each other or the pandemic is just a bump that we have experienced at the moment, Milanović said that he is not really convinced that it will change things dramatically.

“It will make people realize that global value chains are vulnerable. However, the technology that we have now and the integration of the world cannot be undone”, Milanović underlined.

Asked whether it is realistic to expect that SEE6 could profit from the reconfiguration of global production chains, such as nearshoring, bringing production chains closer to the industrial centers of Europe, Milanović said that COVID-19 has accelerated it to some extent because people have realized that the assumptions on which the global value chains have been built are somewhat too optimistic.

“In other words the assumptions were that you would never have exogenous events be them political events or the events like epidemic that would actually make these chains brake. We have to take into account that supply chains have held pretty well after nine months of pandemic crisis. However, I think that people have realized that political sort of conflicts make these chains very brittle”, Milanović pointed out.

“I think that people have misunderstood the transition, which is lasting for many of them all of their lives and soon it will be longer than the communist period. Capitalism is not really fulfilling the promises made to the people and the promise was that in certain period of time the income will rise and they will have a normal life. Life in SEE6 is not normal”, said Reljić.

He explained that people are migrating and for example in 2018, there were 230,000 people from SEE6 migrating legally to the EU – one person every two minutes.

Milanović said that when we started talking about transition from communism to capitalism we thought that there will be an end point, but we have now been in that process for 30 years and some people have been longer in transition process than they lived under communist period.

“There is now a disappointment in terms of the expectations that people of our generation had when things changed. Standard of living has not risen as people were expecting. Corruption is very much present and democracy is different than from what people imagined”, said Milanović.

He added that maybe some of the labor could be kept inside of the country through the ability to hire labor remotely.

“Still, people are leaving and the numbers are pretty high. Ironically, even if these countries were to become members of the EU, I think that the numbers of people migrating would be even higher”, Milanović explained.

Reljić reminded that we have been told again and again that with the increase of the educational level, societies will also become more equal.

“However, we have not seen that happening so far, in spite of more social wealth available to the governments to distribute”, Reljić pointed out.

Milanović said that there is a certain logic to that that if society becomes more equal in terms of education that the gap in wages and salaries between the more educated and less educated will become less.

“We have seen that historically. If you have a greater increase of highly educated people the productivity will go up and the general income of the nation will go up, but also the gap between themselves and others will diminish”, Milanović concluded.

Soreca: EU will support social inclusion in Albania with a record 70 million euros

Várhelyi: Good exchange of views with WB Ministers ahead of Economic and Investment Plan and 2020 Enlargement Package