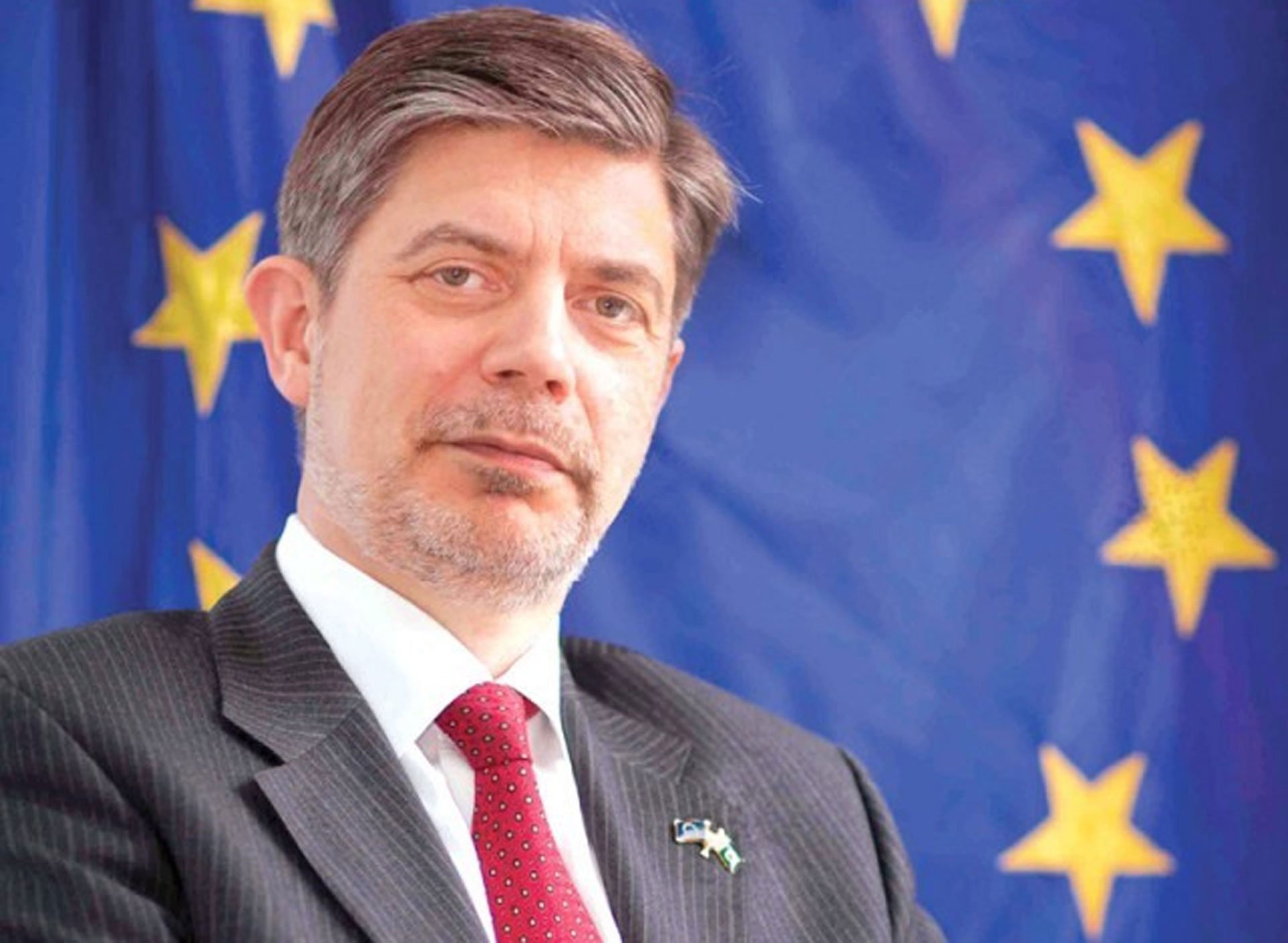 The Reform Agenda adopted by all three levels of government is an opportunity for the people of Bosnia and Herzegovina to catch up with the rest of Europe and join the EU family. Many of these reforms are long overdue and should be swiftly implemented. The Reform Agenda is unique and has a broad scope covering economic, social, administrative and rule of law measures.  It is the culmination of a year-long effort to agree on a set of priority measures to boost the economy and to create more and better jobs for everyone. The new Labour Law in the BiH Federation is a major step forward.  But it only represents one part of the Reform Agenda and needs to be complemented with a number of other measures to be successful.

The Reform Agenda is a result of the most extensive consultation process BiH has ever seen. It is firmly based on the political programmes of the three governments; that is, the Council of Ministers, the Federation of BiH and Republika Srpska.  The ‘Forum for Prosperity and Jobs’ in May 2014, attended by a spectrum of civil, academic, business and political society provided initial inspiration. Further inputs were received at expert and public events including local gatherings with citizens throughout the country, and online. The Reform Agenda went through many drafts and much discussion. It can be confidently said that it reflects the collective desire of both the governments and the people of Bosnia and Herzegovina to move ahead to a better future. Moreover, it has been endorsed by the European Union, the International Monetary Fund, the World Bank Group and the European Bank for Reconstruction and Development as well as the representatives of supportive governments—including the United States of America.  Major countries such as Japan, Russia and Turkey have also expressed their support for a set of comprehensive reforms, for instance at the most recent Peace Implementation Council for Bosnia and Herzegovina. In other words, there is a striking consensus in support of a serious reform effort.

Everyone supporting the Reform Agenda agrees that it is time to move beyond the rhetoric of reform and get to work. With each year passing, Bosnia and Herzegovina is falling further behind its neighbours in terms of the business environment and other policies necessary to encourage investment and create new jobs. According to Eurostat’s latest figures, BiH now has the lowest relative GDP in Europe and is lagging behind comparable neighbours in the Western Balkans region. As a result, the overall unemployment rate stands at over a quarter of the workforce and the rate of youth unemployment is the highest in Europe.  It is time to begin to reverse this trend and offer to all citizens, regardless of their political or ethnic affiliation, real access to good jobs that match their skills and qualifications.  The days of a privileged system with “jobs for the boys” in return for political favours must, and I believe can come to an end.

A simple and inexpensive step is to strengthen the links between education, and the labour market. Education and vocational training should be in line with the requirements of the labour market, in particular the private sector.  Sometimes it is simply a matter of improved information about already existing opportunities.  For instance, through the two Education and Jobs Fairs organised by my office in Zenica and Banja Luka, more than 4000 people were offered a job. Young people and jobseekers had the chance to see what vacancies are available, they were also advised on how to improve their self-presentation and consider what training or new skills they might need. Such ‘joined-up thinking’ needs to happen more.  It is necessary to inform the youth about the latest trends in the labour market to efficiently assist job seekers to acquire the knowledge and skills that are really needed in the labour market here.

There is an opportunity now to reform the business environment and make tax systems and public finances sustainable. The size and role of the government sector must be reduced. The public sector is far too expensive for a country the size of Bosnia and Herzegovina.  And this is not simply because of the complex and multi-layered Dayton structures; it is also the result of decades of political cronyism. A serious public administration reform will, moreover, increase the confidence of investors and, hopefully, get domestic banks to start to lend again at significant levels. Make no mistake: BiH does not suffer from a liquidity problem. Rather, banks hold more money at the Central Bank than is required of them because they cannot find adequate projects to finance. The money is there. But investors and company leaders have to see a brighter future through the fog of government regulation and taxes before they are willing to start hiring people again.  A freeze on wages and on hiring of new staff in the public sector will also send a strong signal to the voters that it is not just them who are expected to change their behaviour but institutions too.

New labour laws and practices will be a crucial element in improving this business environment. Flexibility in the labour market must be increased and people’s chance of finding decent employment—especially young people—needs to improve dramatically. Everybody having equal access to employment opportunities is a fundamental economic and social right enshrined in many international conventions. The new labour laws are intended to make employment secure and fair, rather than exclusive. The Labour Law adopted by the FBiH Government and Parliament last week includes 26 articles strengthening the rights of  workers, for example through generous maternity and paternity benefits;  these are more in line with European standards than the previous law. But the new law will also allow employees and employers to adapt to changing circumstances and this is very important when promoting investment.

Business-related reforms need to go hand in hand with the further entrenchment of the rule of law and good governance principles. Criminal investigations must be expeditious, efficient and thorough, while sanctions must be a deterrent and actually enforced. A corrupt-free business environment supported by an accountable, professional and efficient judiciary is an essential pre-condition to restore citizens’ confidence and foreign investors’ trust.

Reforms will be difficult, but will ultimately benefit everybody. BiH needs to establish a system where pensions and social benefits, including healthcare, can be secured for those who are most in need.  Vulnerable people, such as the elderly, invalids, and those who suffer the scars of one of the worst conflicts Europe has seen, need to be given decent support.  But, at the same time, people who are ready and able to work need to have an opportunity to do so. Far too many have already left the country, or are considering doing so if there is no improvement in sight.  BiH needs to get to a situation where government is seen as a help rather than a hindrance and most of all, where people can look forward to a fruitful life in their own country.

Some are objecting to these reforms, and will try to hold on to their privileged positions. But it is time for everybody to have an equal opportunity and I urge people to support their elected governments’ reform efforts. It is also time to set aside political party differences and look at the greater good for everyone.  In February this year, all 14 major political parties signed a commitment to the EU that they will support the reform process and move forward towards closer integration with the EU. It is time for everybody to demonstrate courage and determination.  No one will be impressed by political squabbling.

The Reform Agenda will begin the process of recovery. The EU and the International Financial Institutions are expected to provide up to one billion euro over three years in direct support to meet the cost of the reforms and will put aside another half a billion euro for investment. This money will, in turn, encourage more private investment and boost the overall economy, creating more jobs.
BiH stands at a crossroads and needs to take the correct path in the coming months. That path could lead to membership of the EU, and our Foreign Affairs Council has already promised that measurable progress in implementing the Reform Agenda could lead to an early application being accepted. It is time for the leaders and people of BiH to pull together and move forward.

This opinion piece by European Union Special Representative and Head of the Delegation of the European Union, Ambassador Lars-Gunnar Wigemark, was originally published in the dailies “Oslobodjenje”, “Glas Srpske” and “Dnevni list”.