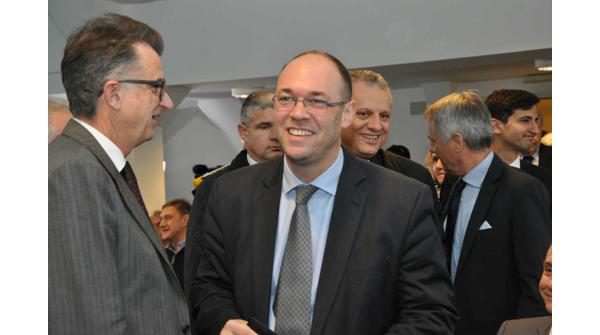 ZAGREB – It is very important that the Western Balkan migrant route remains shut and under control, Croatian Foreign and European Affairs Minister Davor Ivo Stier said on Monday noting that last year’s migrant wave that hit Europe illustrated the urgency to find a “joint effective and long-term solution for these movements,” but also of the importance to continue the cooperation between the EU and Turkey.

“It is of particular importance that the Eastern-Mediterranean, so-called Western-Balkan migration route remains shut and under control,” Stier said. He recalled last year’s “unprecedented” migration tide since World War II which caused problems due to “the lack of ability to manage” that crisis in European countries, and assessed that it was essential “within the European framework to find a joint, effective and long-term solution to these movements.”

“We all together have to be capable and know how to manage crises and not allow them to manage us,” he said.

According to Stier, the key to controlling the migrant crisis lies in continuing to implement the agreement between the European Union and Turkey reached in March this year.

He finds that it is necessary to relieve the burden of legal migrants through even distribution as fairly as possible. When it comes to illegal migrants, Stier calls for cooperation in a bid to prevent human trafficking. That cooperation has an important security aspect in preventing the entry of terrorists.

State Department: Macedonia is dominated by corruption and disrespect for the law