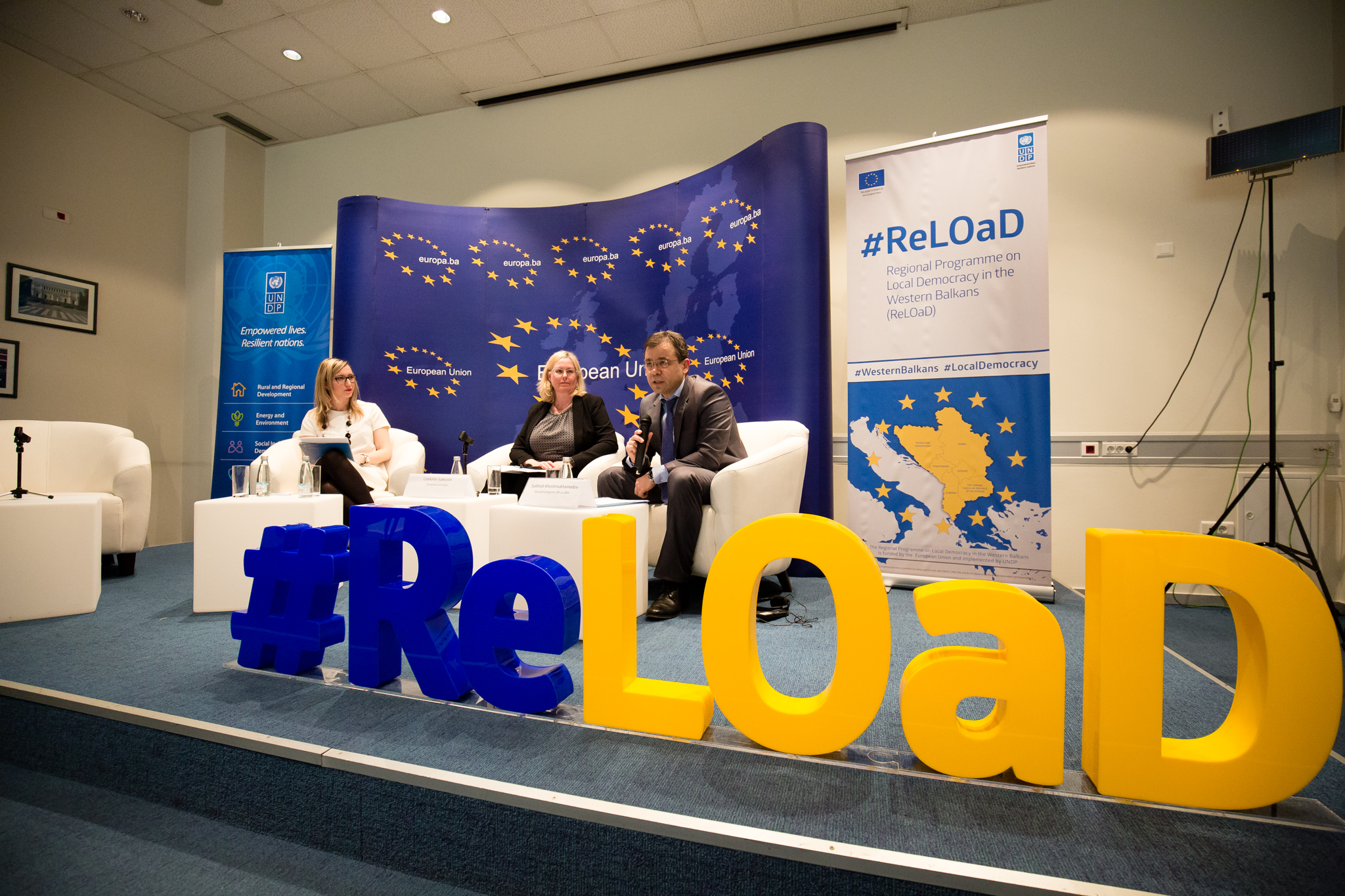 SARAJEVO – The Regional Programme on Local Democracy in the Western Balkans (ReLOaD), a new 10 million Euro initiative by the European Union (EU) and the United Nations Development Programme (UNDP), was officially launched today at the kick-off meeting in Bosnia and Herzegovina’s (BiH) capital Sarajevo. The project has a budget of 10 million Euro, with 8.5 million Euro contribution from the EU and another 1.5 million Euro from UNDP and the local governments involved in the ReLOaD, EU Delegation in BiH reported.

ReLOaD initiative will improve cooperation between local governments and civil society organizations (CSO) with a focus on transparent funding for CSOs across the Western Balkans. Over the 3-year period, from 2017 to 2020, 38,000 citizens will benefit from 200 projects, implemented in line with local priorities. These projects will be implemented by CSOs, in cooperation with local governments, encompassing 50 cities and municipalities in six Western Balkan countries.

The ReLOaD project aims to strengthen partnerships between the local governments and CSOs in the Western Balkans by scaling-up a successful model of transparent and project-based funding of CSOs from local government budgets towards greater civic engagement in decision-making and improvement of local service delivery. ReLOaD  will improve funding mechanisms through which municipalities fund CSOs and implement local development priorities in collaboration with CSOs. In that way, ReLOaD will increase the involvement of civil society in decision-making and improve service provision to better serve local needs in partnership with local governments across the Western Balkans.

“ReLOaD is an important programme for the EU. It is an important part of our already solid support to civil society, which in turn sits firmly as an element of our enlargement strategy,” said Liselotte Isaksson, Head of Sector – Civil Society and social inclusion, Western Balkans Regional Cooperation and Programmes, DG NEAR, European Commission

“The ReLOaD project, with the support from the EU and the UNDP, will facilitate dialogue between CSOs and government institutions, and assist them in addressing the needs of citizens on the local level across the six Western Balkans countries,” said Sukhrob Khoshmukhamedov, UNDP BiH Deputy Resident Representative.

The ReLOaD project builds on and scales up the experiences of the Reinforcement of Local Democracy (LOD) project, funded by the EU and implemented by UNDP in Bosnia and Herzegovina in the period 2009-2016.

“I think the biggest success of the LOD project is its multiplication in five countries and starting up the ReLOaD project as a new regional approach,” said  Goran Kučera, representative of the BiH Ministry of Justice.

“Taking into consideration the visible changes and results achieved within the scope of the LOD project in Bosnia and Herzegovina, it is certain that the ReLOaD project, will contribute to the further democratization of the Western Balkan region,” said Amra Selesković, director of CSO VESTA.

The ReLOaD project is funded by the European Union, and implemented by UNDP in Albania, Bosnia and Herzegovina, Kosovo* , the former Yugoslav Republic of Macedonia, Montenegro and Serbia.

You can find more information on the project in the factsheet available here.

Danielsson: It is imperative that the presidential pardons are withdrawn