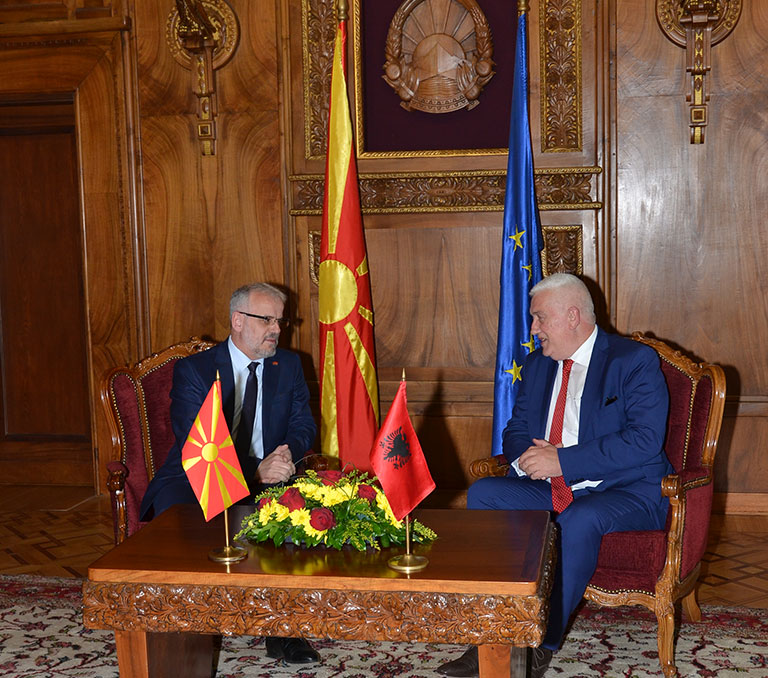 SKOPJE – Macedonian Parliament Speaker Talat Xhaferi met Wednesday with the Ambassador of Albania in the country Fatos Reka. They agreed that any notion of interstate and inter-ethnic conflicts are doomed projects before they even start,” stated Xhaferi’s cabinet, Meta reports.

“Ambassador Reka stressed the necessity of the continuation of good and friendly relations between the two countries in the future, and that internally, the Republic of Albania will continue to pay special attention to state policy when providing constitutional and legal rights for the status of Macedonians and all other minorities living in Albania. Parliament Speaker Xhaferi expressed confidence that the friendly and neighbourly relations will continue intensively, and he especially thanked NATO for their support for Macedonia’s integration into NATO, support that comes from the country’s immediate neighbors, which in this sensitive period for the entire region is highly respected and is more than welcome”, reads the statement.

Xhaferi and Reka exchanged views on the overall bilateral relations between the two countries, where they both established that stability in Macedonia is an important segment for the overall stability of the Western Balkans.