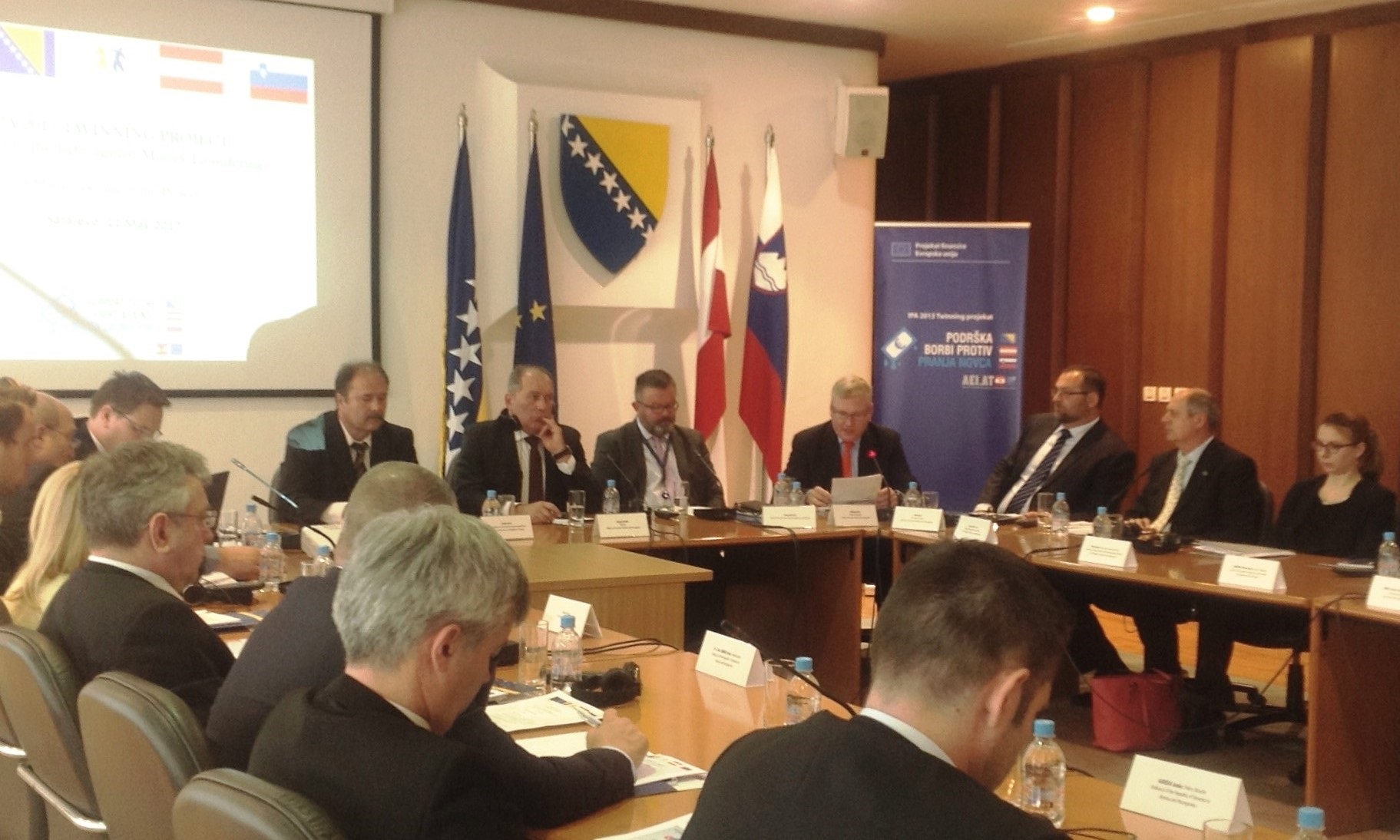 SARAJEVO – The new Twinning project “Support to the Fight against Money Laundering”, financed by the European Union in the amount of 2 million EUR from the Instrument for Pre-accession Assistance (IPA 2013), was officially launched on 11 May 2017 in Sarajevo. This project is a continuation of the long-standing support of the EU to the fight against money laundering in BiH on its path towards EU accession and will further build on the results of the two EU-funded projects, implemented between 2010 and 2014: “Joint training of the State Investigation and Protection Agency (SIPA) Financial Intelligence Unit and Crime Investigation Unit, Prosecutors, financial regulatory agencies and institutions” and the “Support to Law Enforcement”.

Richard Wood, Senior Adviser and Head of Rule of Law at the EU Delegation/EUSR to BiH stated in his welcoming remarks: “In recent years, worldwide efforts to combat money laundering have gained importance as a result of increased global terrorism. Preventing and fighting against money laundering and the financing of terrorist activities is therefore a global priority. Through this twinning programme, the EU is contributing 2 million EUR to support achieving this priority in BiH.”

The project will address existing structural deficiencies in anti-money laundering and financing of terrorist activities in BiH, thus aiming at increasing the competences of the institutions of Bosnia and Herzegovina regarding the fight against money laundering up to the level required for EU accession, that inevitably includes assistance in improving legislation, capacities and capabilities of relevant bodies, institutions and agencies to strengthen their cooperation and coordination.

“Based on the measures we have taken, we can say that Bosnia and Herzegovina is on the right path to counter money laundering and financing of terrorism. In this regard, the expected results of this project which are reflected in the strengthening of the capacities, competences, cooperation and coordination of the competent authorities, institutions and law enforcement agencies at all levels in BiH and in the harmonization of the BiH legal framework with the EU requirements, will surely reinforce this commitment and perseverance of Bosnia and Herzegovina and its institutions,” said Dragan Mektic, Minister of Security of Bosnia and Herzegovina.

With this project, the European Union further proves its readiness to provide continuous support with the efforts required to strengthen the rule of law in Bosnia and Herzegovina. We also count on authorities of Bosnia and Herzegovina to assume their responsibility in taking the reforms forward.

Stoltenberg pleased: It is good that more and more countries are ratifying the Protocol